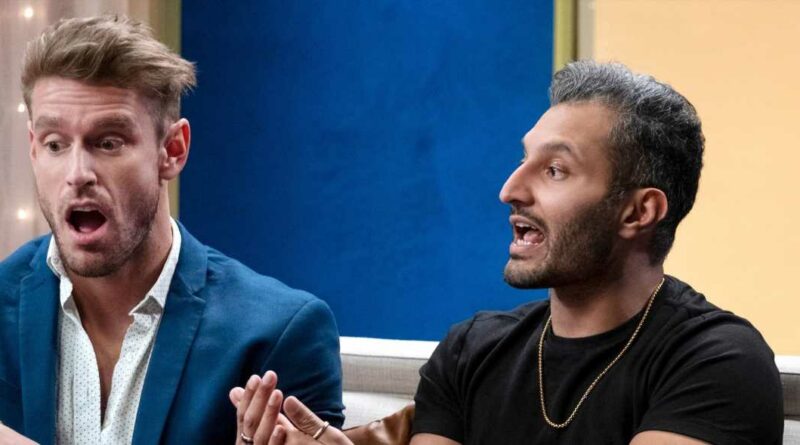 The drama from the cast of Love Is Blind season 2 is the gift that keeps on giving. In a recent interview with Nick Viall for the Viall Files podcast, Shayne Jansen called out his fellow season 2 cast member, Abhishek “Shake” Chatterjee. According to Shayne, Shake actually got a *good* edit in the reunion special.

Anyone who actually watched the Love Is Blind season 2 reunion might be feeling understandably skeptical, considering how bad Shake came across during the bulk of the special, but Shayne claims he said even worse things that were left on the cutting room floor.

“[Shake] called out a lot of people at the reunion and [said] stuff that would be very, very bad,” Shayne claimed, according to People. “Shake, he means absolutely nothing to me. So I don’t want to give him any more f*cking publicity. I don’t want to give any more sh*t. I’m just kind of done with Shake. He’s a terrible person.”

Nick pushed Shayne to share specific examples of things Shake said during the reunion that didn’t make it into the episode, but Shayne refused to give details or repeat things that were said “out of respect for other cast members.”

And, FWIW, Shayne did soften a bit as the interview went on and acknowledged that Shake’s bad behavior at the reunion could be partially due to the fact that he’s “going through a lot right now.”

“I don’t think he’s dealing with it correctly at all. I think there’s some underlying issues that are going on that he is, like, not addressing for himself,” Shayne said. “Deep down, do I think he’s a bad person? I don’t know. I can’t say that I guess, because I don’t know him that well.”

Can we get a Love Is Blind season 2 reunion reunion to get to the bottom of all of this continued tea?