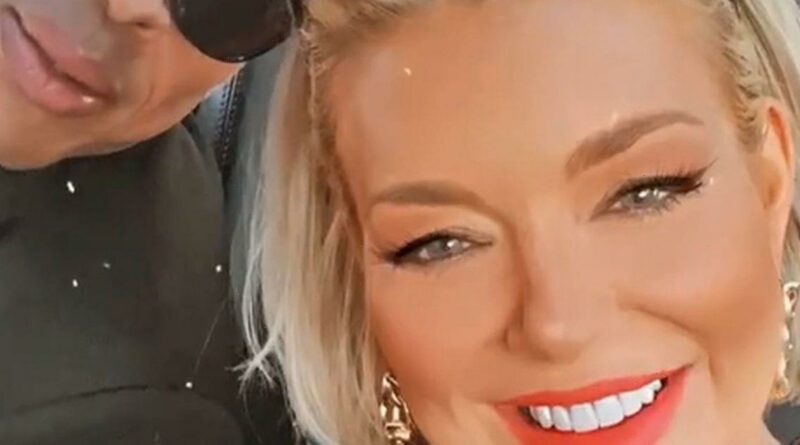 Popular actress Sheridan Smith has taken to Instagram to share with her 666k followers photos of her and long-term friend and fellow actor Alex Lawler and the cute pair have sparked romance rumours amongst fans.

The Cilla actress, 40, posted the cosy snaps with Alex, 39, just a month after her split from ex-fiancé Jamie Horn.

Sheridan looks stunning in the snap where she is wearing sunglasses and wearing red lipstick while Alex is cosying up to the star.

The mum of one captioned the picture: “20 years of friendship!” This didn’t stop fans wondering if Sheridan has a new man in her life.

She also shared a boomerang video with Alex that showed the pair all smiles for the camera.

She captioned it: “He doesn’t need a filter (unlike me) I love you Alex Lawler” and ended it with a heart eyes emoji and boy and girl holding hands emoji.

Fans took to the post to question Sheridan on their relationship.

One fan said: "One day hubby."

Another asked: "Is this your new man?"

While another noted: "A very handsome man for sure Sheridan."

The Gavin and Stacey actress is currently single after announcing she and fiancé Jamie Horn had split last month.

The couple had been together for three years and had welcomed their first child together, their son Billy in May last year.

In a joint statement shared with The Sun on Sunday, the couple announced: "It is with great sadness that we have decided to have some time apart.

"We both remain completely committed to raising our beautiful boy Billy together. We ask that you respect our privacy during this difficult time. Thank you."

The pair appeared in a documentary together as Sheridan candidly shared her struggles with her mental health following her dad's death.

In the ITV documentary, Sheridan Smith: Becoming Mum, she explained: "My dad died and I think things that I hadn’t dealt with caused the big explosion, mentally. It was like a bomb went off in my head.

"Now I feel like I’ve got a second chance at life.”

Sheridan later revealed she was thoroughly enjoying being a mum.

She told Mail Online: "It’s the best feeling in the world! I mean, I’ve left it later in life but I think it’s probably the right thing. I wasn’t ready before I met Jamie and now I’ve got this little family and I just feel – I can’t explain it – like a contentment, a calm.

"Maybe I was looking for something in the wrong places and now I feel like I’ve found it in this little boy."

To read more about Sheridan Smith, sign up for OK!'s daily newsletter here.