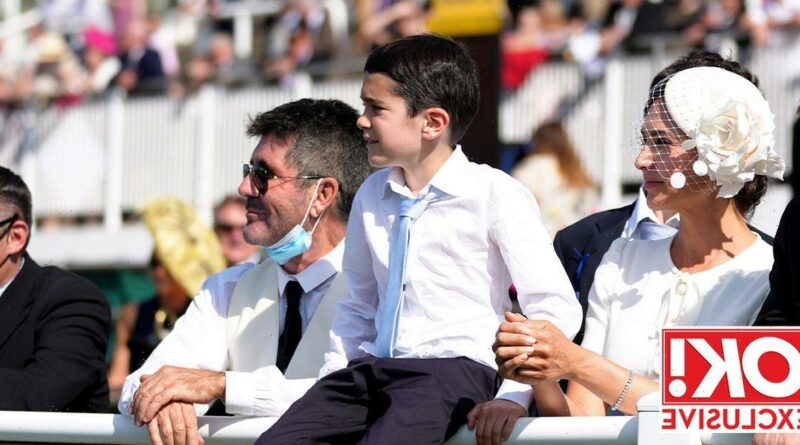 Simon Cowell has opened up to OK! about fatherhood and despite the fact he's one of the most powerful men in showbiz, he loves nothing more than picking his seven year old son Eric up from school.

Speaking to us after his Together For Short Lives charity ball, Simon told of his love for the school run.

Asked whether or not he gets involved in the school run in daily life, he said: "Oh, absolutely! More and more when I get time, certainly in the afternoons, I love doing the school pick-ups."

The 62 year old added that his mini me son is also a big footie fan and he enjoys taking him to training.

He continued: "He’s now starting to learn how to play football and I really like taking him to training.

"That’s why he’ll get such a buzz out of meeting Mason – football is the one sport he really does love."

Simon also gushed about how Eric is his "top priority".

He said: "Honestly, being a parent is a leveller. I still love my work and everything I do, but always top of the priority list is Eric."

The auction at Simon's charity ball saw him win a kids' kickaround with England and Chelsea footballer Mason Mount, something that he knows Eric will adore.

Opening up about why he bid on that particular prize, Simon explained: "I've decided Eric’s going to be a Chelsea fan now [laughs]! I met Mason on a Zoom call just after the Euros and honestly, he’s one of the nicest guys I’ve ever spoken to.

"This was bought for Eric, and it’s something he and his friends will remember for the rest of their lives."

Mason was part of the England team who made the Euro 2020 final earlier this summer, and we bet Eric can't wait to meet him!

The Britain's Got Talent head judge shares Eric with his long-term partner Lauren Silverman, who is also mum to teenager Adam from her previous relationship.

For all the latest celebrity news and exclusive interviews, sign up to our daily newsletter here.