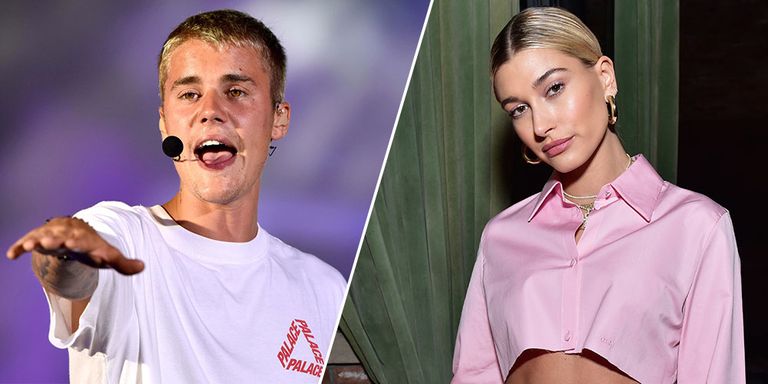 After lots of speculation and even more public make outs, a source confirmed to Entertainment Tonight that Justin Bieber and Hailey Baldwin are in fact dating, but “casually.”

“Justin and Hailey have been casually dating for roughly a month, but things seem to be heating up as the two are spending more and more time together,” the source said.

The two were a fling back in 2016, but they broke up and then rekindled their romance earlier this spring. First, they were seen partying in Miami together (while also attending church, just to clarify). Then, they were seen literally all over Manhattan making out in various parks. Random, but everyone went with it.

And THEN, they went to church again in Washington state, which feels random, and they were also seen hot tubbing at a resort there. So yeah, it looks pretty serious.

“Justin and Hailey have always been into one another,” the source said. “They dated in 2016 briefly, and the feelings never really went away.”

Apparently, this reconciliation was partially inspired by Justin’s issues with Selena Gomez earlier this year. The source told ET that Justin reached out to Hailey at the end of 2016 because he wanted closure on their brief relationship.

“Justin wanted to enter the new year with a clear conscious as he was doing a lot of soul searching,” the source said.

Since breaking up, they had both made comments about each other in various interviews. Justin told GQ in 2016 that Hailey is “someone I really love,” and Hailey had recently told the Times UK that there had been some weirdness between her and Justin in the past, but they had moved past that, which seems obvious now considering they’ve made out in three states in three weeks.