Home » Celebrities » Stacey Solomon speaks out on Joe Swash’s ‘questionable’ move: ‘What the hell is he doing?’

Stacey Solomon, 30, reflected on how her boyfriend Joe Swash, 38, reacted when she was giving birth to their baby, Rex. The couple got onto the subject while discussing whether men should be banned from the delivery room during a joint appearance on Loose Women last week.

Stacey, who is a panelist on the ITV show, admitted she shared some “questionable” moments with the Dancing on Ice star when she was in labour last year.

She turned to Joe and divulged: “There were a couple of moments, weren’t there?

“Questionable moments when I did think, ‘What the hell is he doing?’”

Defending his behaviour in the delivery room, Joe explained he was concerned when a doctor announced they were going to break his girlfriend’s waters. 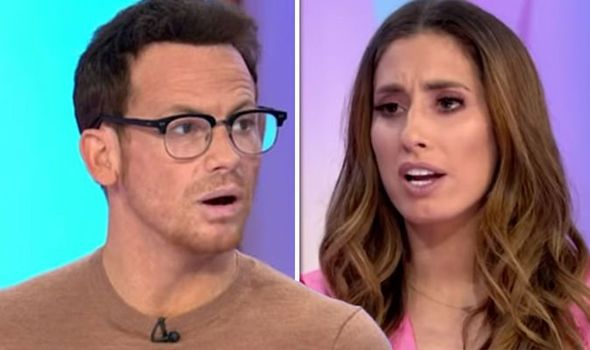 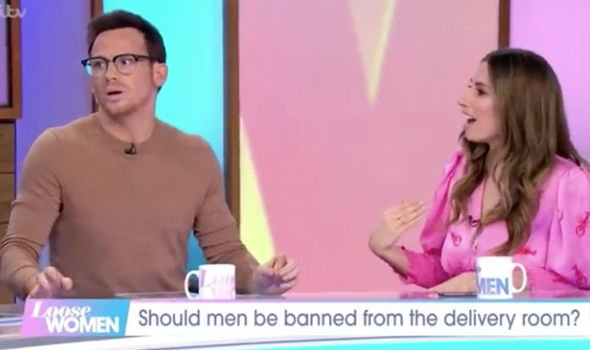 He added: “There was a moment when the doctor said they were going to burst Stacey’s waters…”

“Burst them? Break them, just break them,” Stacey giggled in response to Joe’s incorrect terminology.

However, the mum-of-three disputed Joe’s version of events, as she told the studio audience: “No. This is what happened, I’m on the bed, legs in stirrups and they get the big hanger hook thing out. 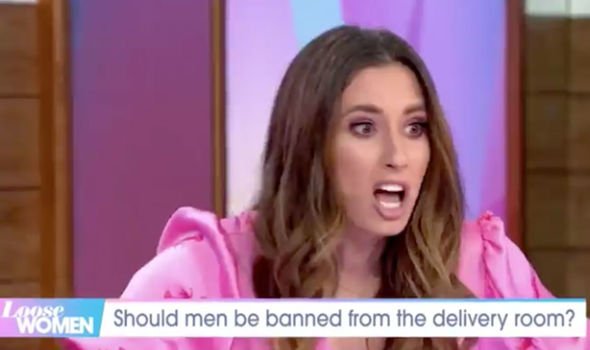 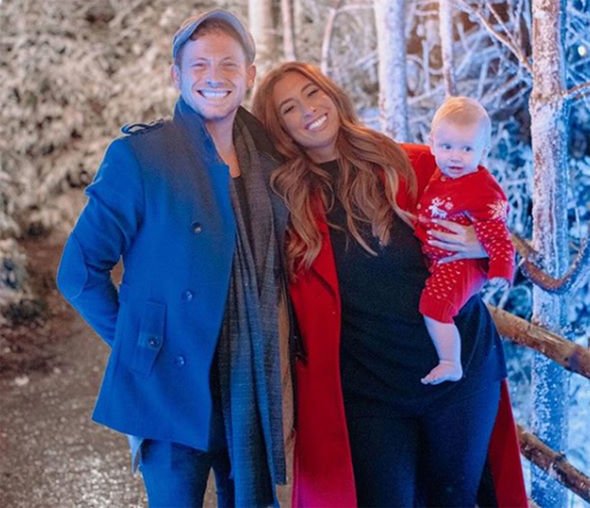 “So they’re doing it and I’m like this [shaking] from the adrenaline of being in so much pain and all I can hear is [Joe sighing].

“It’s a funny, vulnerable, situation for a man in the labour room,” Joe quipped.

In spite of his struggles in the delivery room, the former EastEnders star went on to insist fathers “don’t get a fair crack at the whip” as parents.

Joe, who also has an older son from a previous relationship, said: “I do think that we don’t get a fair crack at the whip as fathers, whether it’s in the eye of the law or when Mother’s Day is coming, you don’t see anything but Mother’s Day adverts on the telly.

“You don’t see anything for Father’s Day.”

Elsewhere, Stacey admitted she frequently “lies” to Joe to keep their relationship “alive” during an appearance on ITV game show CelebAbility.

While battling it out with comedian Dane Baptiste for the title of expert liar, Stacey divulged all to host, and voice of Love Island, Iain Stirling.

Insisting that she had the expertise to take on Dane by herself, she said: “We did discuss this but I thought I’d take this challenge on myself.

“There are necessary lies in life, just the small ones that are absolutely fundamental if you want to keep a relationship alive.”

“So, for example, you know when you go shopping and you buy something, everytime Joe [Swash] says to me, ‘How much was that?’” she explained after the studio audience gasped.

“I always say five pounds. It could genuinely be a three-piece sofa.”

Dancing on Ice airs at 6pm tonight on ITV.