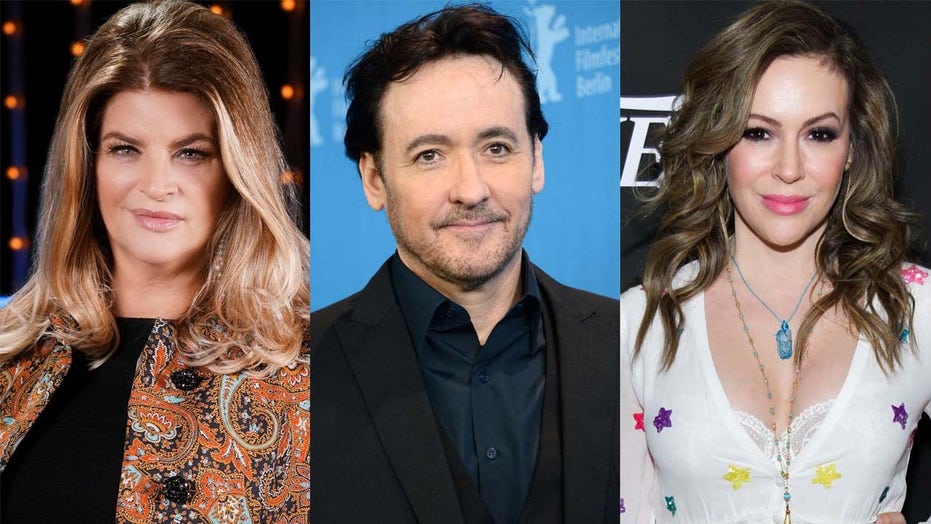 As the 2020 presidential election begins to draw to a close, President Trump and Democratic nominee Joe Biden took the debate stage for a final time Thursday night — and celebrities were among those watching.

Many stars shared their reactions on social media — as they did for the first debate, the dueling town halls, and the vice presidential debate between Vice President Mike Pence and Sen. Kamala Harris.

Some supported Biden while others backed the president.

"New York is not your wonderful city," said Joy Behar after Trump expressed a fondness for the city. "New Yorkers hate you."

"'I don’t look at this in terms that he does: blue states and red states. It’s The United States,'" said Uzo Aduba, quoting Biden. "@JoeBiden is running to unite this country that has been ripped at the seams."

Comedian Patton Oswalt slammed the president for accusing opposers of a witch hunt since before his election.

"Man, that 'phony' witch hunt sure caught a lot of witches," he wrote.

"Trump send love letters to North Korean dictator, he takes the word of Putin and of the Saudi murderer MBS as they kill our journalists and taking out bounties on our military men and women," Marvel star Mark Ruffalo wrote.

Trump had a handful of supporters as well.

A typical election cycle typically contains three debates, but after the second was set to go virtual in light of Trump's coronavirus diagnosis, the president refused to participate, leading to dual town halls.

The debate Thursday evening also saw each of the candidates' microphones muted in an effort to curb the interruptions that the first debate became known for.