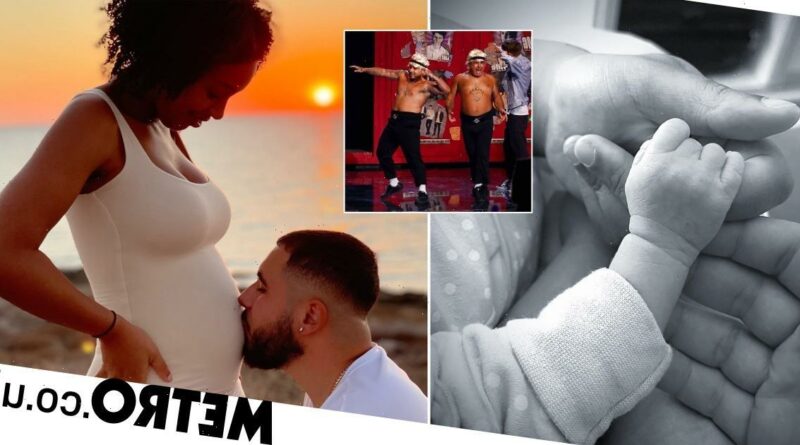 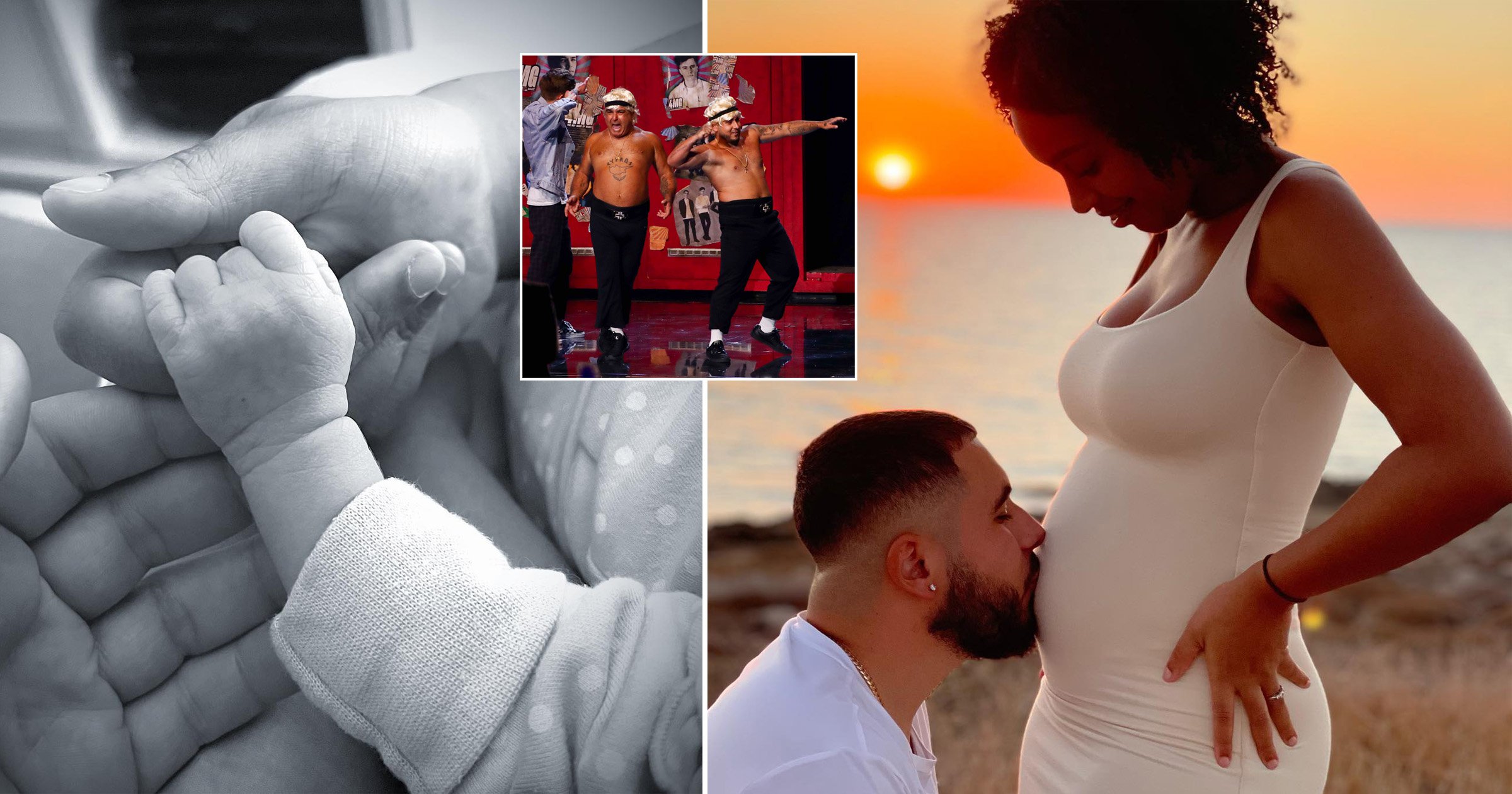 Stavros Flatley were catapulted to fame on Britain’s Got Talent 13 years ago and now youngest Lagi Demetriou has welcomed his first child.

Lagi was just a child when he appeared on the TV talent show alongside his father, Demi, as the iconic Greek dance duo.

Now 25-years-old, Lagi is a father himself after his fiancée Annika Crawford gave birth to a baby.

The couple live in Paphos, Cyprus, and announced their happy news by sharing a sweet photo of their newborn’s tiny hand

Xenia Demetriou was born on March 31 to two overjoyed parents, who have been together for five years.

The new parents were inundated with messages of love and congratulations, with BGT Champions winners Twist and Pulse commenting: ‘The biggest congrats to you all💙🙏🏼❤️’

‘❤️❤️❤️congrats to you both,’ wrote former contestant and singer Molly Rainford.

Lagi and Annika got engaged in 2020 on New Year’s Eve and aren’t shy about PDA, as they frequently gush over one another on social media.

Celebrating Lagi’s 25th birthday in May last year, Annika dedicated a sweet Instagram post to her partner, referring to Lagi as ‘my love, my partner in crime, my best friend, my everything.’

‘You continue to shine every day. Thank you for changing our lives for the better. I am so grateful for you. Soon we officially start our life together & I am so ready to do life with you,’ she shared.

On their five-year anniversary, the dance star also pair tribute to his ‘baby girl,’ writing that she is ‘always there’ for him and he ‘could never have wished for someone better to spend my life with.’

Many will remember the child star from one of the most iconic Britain’s Got Talent auditions of all time, which saw the father and son duo get the crowd on their feet with their comical dance moves.

The act finished third on the 2009 series of BGT, with dance troop Diversity in first place and Susan Boyle as runner-up.

In 2019, the cheeky chaps returned for a stint on Britain’s Got Talent: The Champions.

Nowadays, Lagi is focusing on his barber shop in Cyprus after leaving Stavros Flatley behind.

Lagi told MailOnline previously: ‘We’ve done this for 10 years for a joke. We’ve done so many amazing things but what is there left to do? We’ve done the Royal Variety, we’ve played in China, Monaco – everywhere.

‘So when we got to The Champions, I thought this was the right time to leave. But Simon Cowell told me not to quit forever.’

According to The Sun, father Demi, 53, will continue as Stavros Flatley with his nephew Samson, 19, taking Lagi’s place.

The dad has also claimed he and his son raked in a staggering £2million following their success on the talent show.