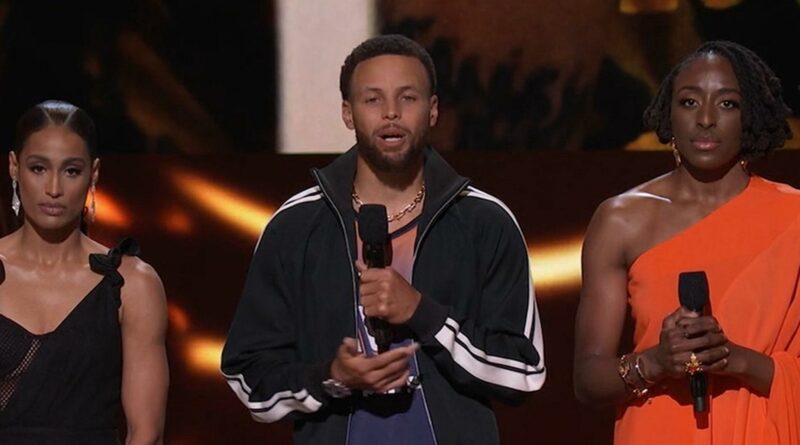 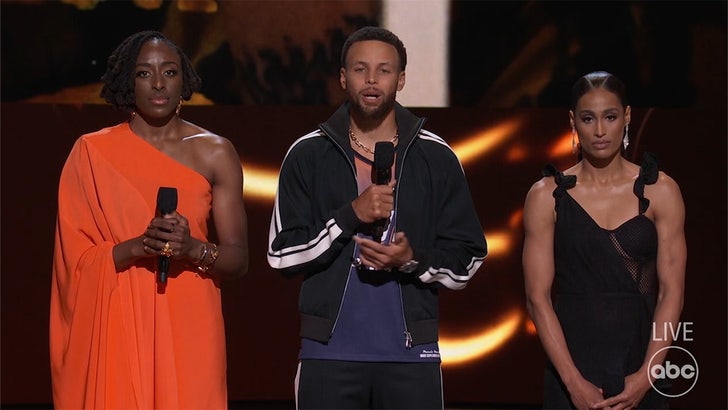 Steph Curry — flanked by WNBA superstars Nneka Ogwumike and Skylar Diggins-Smith — paused the joke-telling and award-presenting for several moments at Wednesday night’s ESPYs to deliver that Brittney Griner-themed message … and it was powerful.

The four-time NBA champion wore Griner’s Phoenix Mercury jersey for the speech, and alongside Ogwumike and Diggins-Smith, he called for the WNBA star’s release from Russia.

“It’s been 153 nights now that BG has been wrongfully detained thousands of miles away from home, away from her family, away from her friends, away from her team,” Diggins-Smith said. “All throughout that time, we’ve kept her in our thoughts and in our hearts even though we know that ain’t nearly enough to bring her home, y’all.”

“She’s one of us,” Curry added, “the team of athletes in this room tonight and all over the world. A team that has nothing to do with politics or global conflict.”

As we’ve reported, Griner has been detained in Russia since mid-February, after she was accused of illegally bringing hashish oil in her luggage to a Moscow airport.

Griner — who’s since pleaded guilty to the charges — is now facing up to 10 years behind bars in the foreign country in the case.

In his speech Wednesday, Curry made it clear he believes if Americans continue to raise awareness of her case, it could expedite her return to U.S. soil.

“We cannot stop fighting for her, we cannot stop believing for her and we will not stop hoping for the day when we can welcome her home safely,” he said.

Hours after the awards show, however, a spokesperson for Russia’s Foreign Ministry slammed the U.S.’s “wrongfully detained” characterization of Griner … and urged the country to allow the legal process to play out. 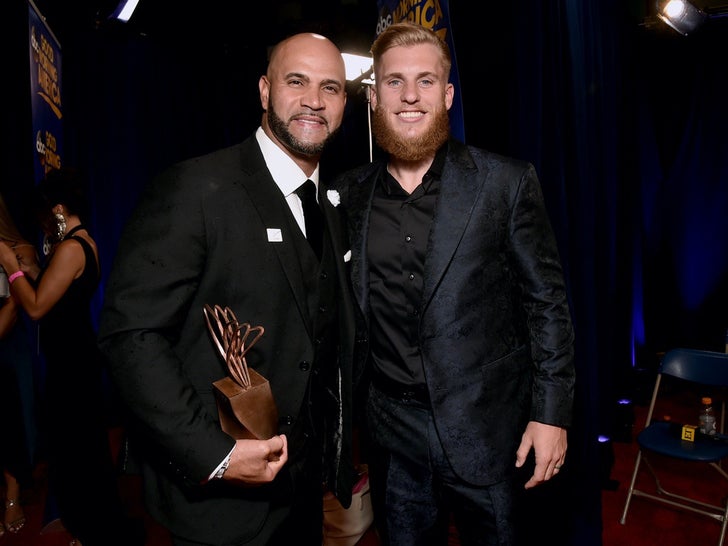 “If a U.S. citizen was taken in connection with the fact that she was smuggling drugs, and she does not deny this, then this should be commensurate with our Russian, local laws, and not with those adopted in San Francisco, New York and Washington,” Russian Foreign Ministry spokeswoman Maria Zakharova said, according to the Associated Press.

Griner’s trial, meanwhile, is still continuing onward … she’s set to return to a Moscow courtroom for another hearing in the case next week.