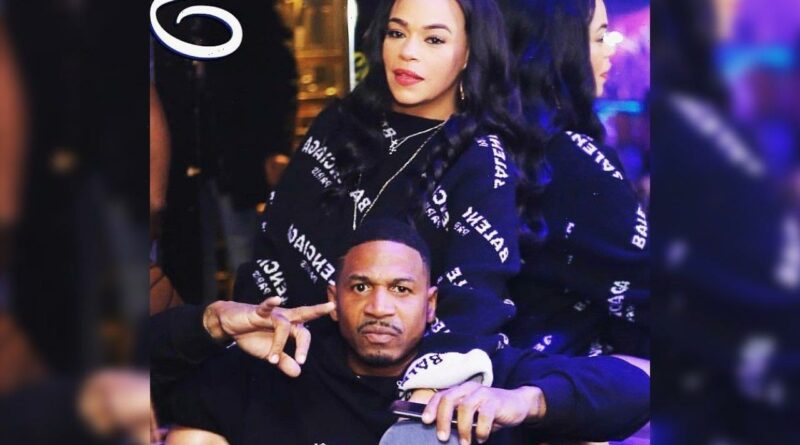 The Grammy Award-winning record producer has filed the divorce papers in Los Angeles County Superior Court, one year after an explosive argument that led to the ‘I’ll Be Missing You’ singer’s arrest.

AceShowbiz –Stevie J is pulling the plug on his marriage to Faith Evans after only three years. The record producer has filed for divorce from his wife, multiple reports say. According to court records, he filed the petition in Los Angeles County Superior Court on Monday, November 8.

There’s no word on the reason of separation, but the divorce may blindside Faith, who recently posted a sweet tribute to her husband. “Happy & blessed birthday Mr J! Hurry up, so we can turn up!” she wrote on Instagram last week along with a picture of Stevie.

The pair, however, previously showed sign of a volatile relationship. In May 2020, the R&B singer was arrested following an argument with the former “Love & Hip Hop: Atlanta” star.

At the time, it was reported there were visible marks and scratches on Stevie’s face when law enforcement was called to their house in Los Angeles. Faith was booked for felony domestic violence, but she was bailed out later that day.

In June, she escaped prosecution in the case. Authorities at the Los Angeles County District Attorney’s Office decided not to pursue the claims, because her alleged victim, Stevie, declined to testify against his wife.

Stevie and Faith tied the knot in July 2018 in a small Vegas ceremony in a hotel room. They expressed their love to each other through Twitter after their nuptials, which came as a surprise to their family, friends and fans alike.

His ex Misha Perry called him out following news of the wedding, accusing the Grammy Award-winning producer of abandoning her while she was pregnant with his child. She wrote on Instagram back then, “Lol I hope this time it’s a real marriage and since you getting married I hope Faith can help you on some of those child support debts because YOUR (our) child will be here in October …” She also told Faith, “Biggie [Faith’s late ex] is turnin’ over in his grave you should be ashamed of yourself.”

Stevie and Faith don’t have any children together, but they both have kids from previous relationships.