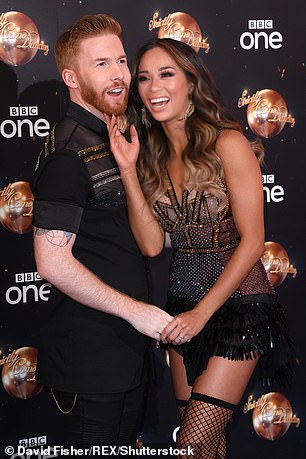 ‘I WANT A FAMILY’: Katya Jones with husband Neil

Strictly star Katya Jones hopes having a baby will help repair her marriage after she was caught kissing her celebrity partner Seann Walsh.

The 29-year-old told The Mail on Sunday that she hopes BBC chiefs will give her professional dancer husband Neil his own celebrity in the next series, allowing her to take time off to start a family.

‘I would love to have a baby in the near future, definitely,’ said Katya, who was voted off the show with Walsh last weekend.

‘In a perfect world, Neil will hopefully get a partner on Strictly and he can stay on the show. Then I can go off and have our baby, and come back again afterwards. It’s very hard [to have a baby] if you think about it. I would love to carry on doing my job for as long as I can, but I understand there’s never a right moment for a baby. You’ve just got to go for it. Neil and I talk about it a lot.’

Neil, 35, was left humiliated when his wife’s late-night dalliance with the comedian emerged last month.

Walsh, 32, was dumped by girlfriend Rebecca Humphries, who detailed in a letter how, in response to her concerns about his behaviour, he ‘aggressively, and repeatedly, called me a pyscho/nuts/mental’. 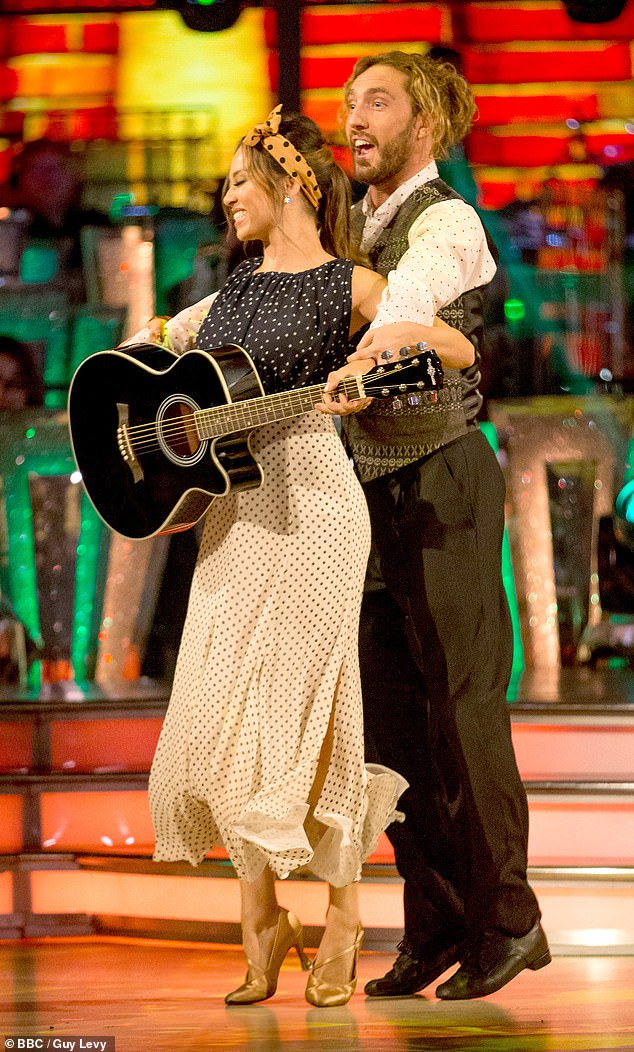 While the Joneses insist they have put Katya’s indiscretion behind them, the continuing tension was evident last week when they arrived for the Pride Of Britain Awards in London.

A source said: ‘Neil and Katya were halfway up the red carpet when Seann arrived.

‘Katya said she was going to say hello, but Neil held her back and told her, “We’re not on Strictly now – don’t you dare.”

‘An organiser foresaw a potential bust-up so held Seann back to ensure they were kept apart. Neil is still clearly very unhappy with Seann, but Katya doesn’t want to cut ties.’

While Russian-born Katya has been teamed up on Strictly with celebrities, including Ed Balls and last year’s champion Joe McFadden, her husband has only been a group dancer.

Speaking about her marriage before her tryst with Walsh, Katya said: ‘It has been ten years since we met and we’ve been through so much.

‘It’s important to have other interests on the side which aren’t dance. If you have just one thing that you hook on to and it falls apart, what’s left?’