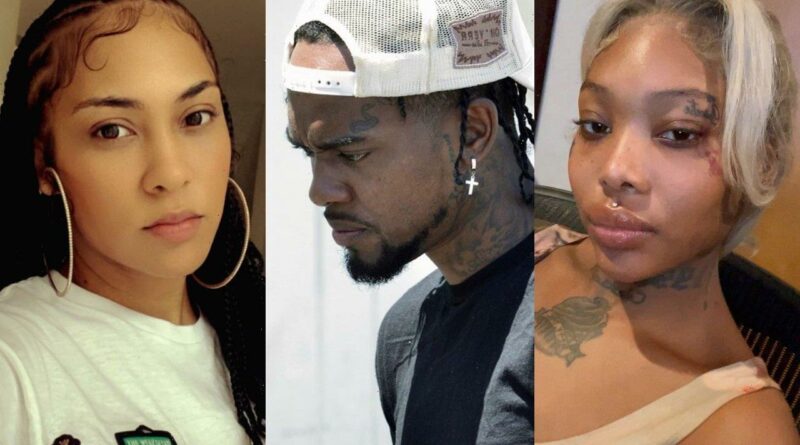 Eboni Ivorii, who previously defended London from Summer’s outrage on social media, admits that she said nice things about the record producer because he promised to pay her.

AceShowbiz –Summer Walker is seemingly entertained by London On Da Track‘s feud with his other baby mama. After Eboni Ivorii acknowledged that London is indeed a “deadbeat” parent like Summer previously claimed, the “White Tee” singer took to social media to laugh at the record producer.

Making use of Instagram Story on Tuesday, September 7, Eboni admitted that she previously defended London from Summer’s outrage and said nice things about him because he promised to pay her. “All that s**t I said the other day about London was cap,” she confessed. “He promised he was gone pay me to make him look good and now he’s acting broke.”

“London thinks he can manipulate every situation he encounters. He’s a snake for sure. He got so many faces he just takes turns playing whoever whenever wherever benefits him at the time,” Eboni added. “Summer & I still got our differences or whatever, but at the end of the day we got out Deadbeat a** Baby daddy in common!”

“At the end of the day I cooperate with London whenever his mom has time to spend with Paris because London does s**t for the cameras for sure,” she further fumed. “Summer was right so good for her for getting her & her daughter a better man. London is play play.”

Having caught wind of Eboni’s revelation, Summer took to her own Instagram Story to give her reaction. “A bum,” she wrote. The musician also reshared The Shade Room’s post of Eboni’s Stories, adding a number of laughing emojis.

Also responding to Eboni’s claims was London’s other baby mama, Erica. The latter, however, came to London’s defense, saying, “Every time somebody get in their feelings or don’t get what they want.. they go to the internet.”

Though so, Eboni was quick to fire back at her. “Now Erica the only fool fallin for the okie doke. You n the n***a ove there ke ke N sending screenshots n s**t. You should kno better if nobody else does. It was just last year the n***a had you slitting your wrists in Allure,” so Eboni explained.

The messy feud arrived just more than a week after Summer accused London of being a deadbeat parent. “I am the full care taker of my child that man pulls up on the weekend w his mama & gifts for a day or 2 takes his pics but I do all the work when I’m not at work,” she raged at that time. “So once again suck a d**k.”