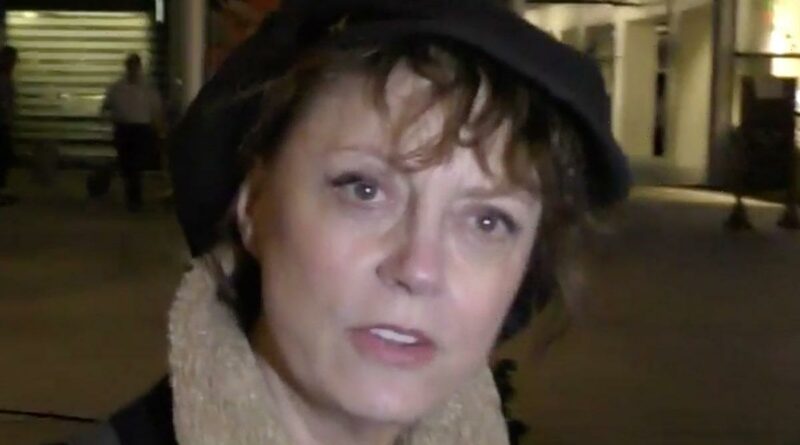 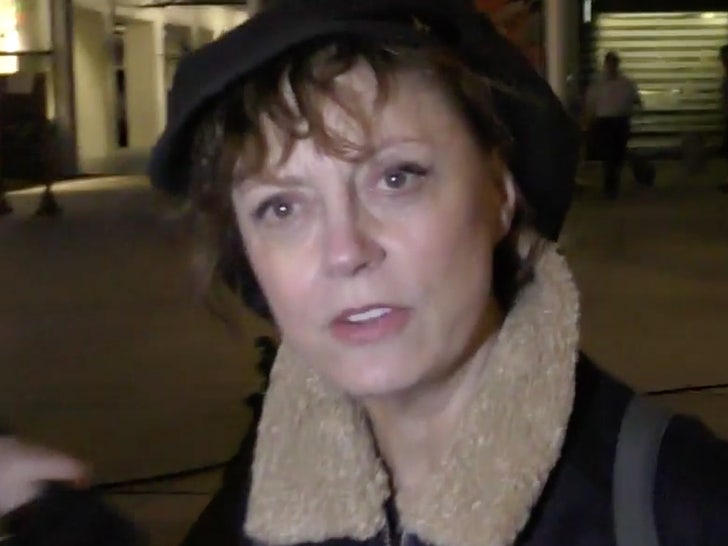 Susan Sarandon is apologizing for a social media post comparing a funeral for a fallen NYPD officer to fascism … confessing it was “insensitive and deeply disrespectful.”

The actress issued the mea culpa Friday after facing tons of backlash for her Tuesday tweet, when she shared a meme bashing cops with an image of slain NYPD officer Jason Rivera’s funeral procession.

Susan says she deeply regrets sharing the meme and claims she reacted quickly without connecting the meme to a police funeral. She says she know realizes “how insensitive and deeply disrespectful it was to make that point at that time.” 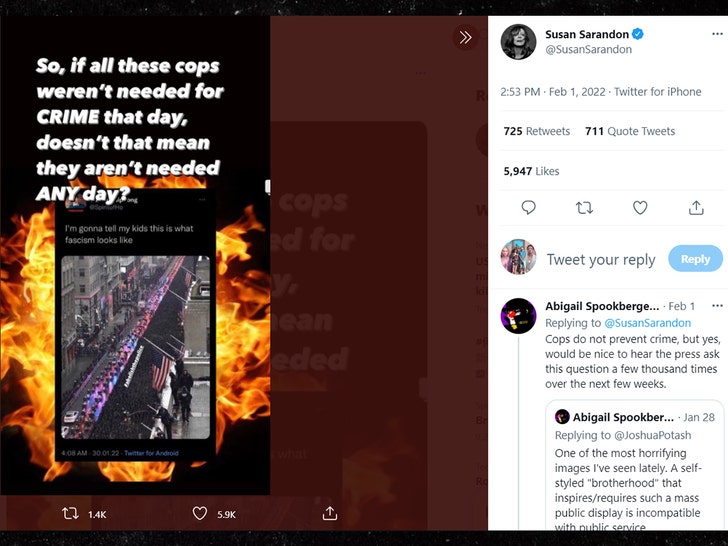 The image Susan posted — then deleted — featured a tweet from podcaster Danny Haiphong with a photo of cops lining NYC streets and the caption, “I’m gonna tell kids this is what fascism looks like.”

Further anti-cop sentiment was added to the meme … “So, if all these cops weren’t needed for CRIME that day, doesn’t that mean they aren’t needed ANY day?” … but Susan’s saying she was just sharing someone else’s handiwork.

A bunch of police organizations slammed Susan for the social media post … as well as a horde of Twitter users.

Now Susan’s apologizing to the family of the slain officer “for causing additional pain during their time of grieving.”