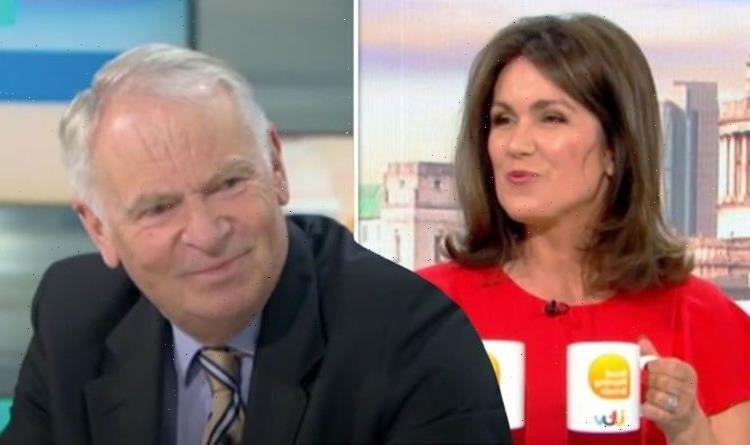 GMB: Susanna Reid reveals why she has two mugs on desk

Susanna Reid, 50, returned to Good Morning Britain for a day during her summer break with stand-in host Richard Bacon, 45. During the programme, regular guest Lord Jeffrey Archer, 81, asked her why she always had two mugs on her desk.

Susanna explained: “One is tea and one is coffee, because my tastes change throughout the morning.”

Lord Archer responded: “You’re nutty,” to which she agreed.

Intrigued by the idea, Richard chimed in: “That’s fantastic.

“I have ADHD so I struggle to make decisions about anything. What a great idea.

Good Morning Britain shared the presenter’s admission in a video on their Twitter page.

In view of their followers, they wrote: “The revelation of the morning.

“@susannareid100. has a cup of coffee and tea in front of her because her tastes change throughout the morning!

“What’s your morning drink of choice?”

One commented: “I’ve never tried that Susanna, having both a Cup of Tea and Cup of Coffee.

“Don’t blame you though, having the best of both worlds there.”

A second added: “It’s a smart call, always thought that one might be gin & the other brandy when she worked with y’know.

“Glad she was there today… moving interviews, good show.”

Elsewhere on the show today, Lord Archer announced that today was his last.

He told the panellists: I am leaving you. I have much enjoyed being with such a professional crew, very much indeed.

“I’d like to thank all the people who have written to me saying how much they’ve enjoyed it too.