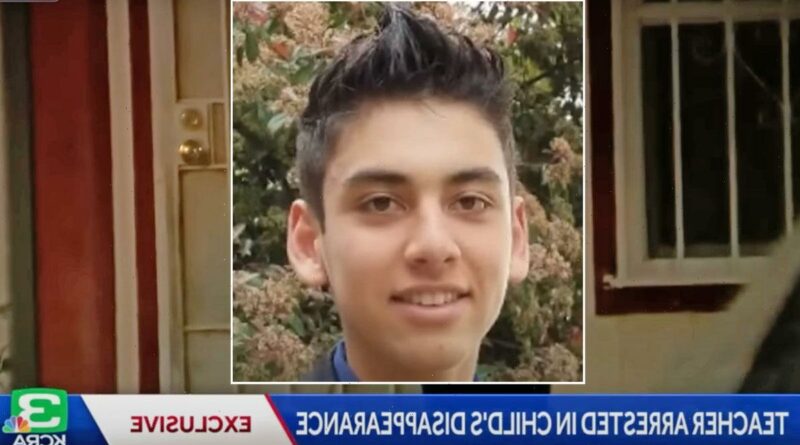 A missing teenage boy has returned home after two years, but where he was is the creepy part…

Michael Ramirez left his home in Rancho Cordova in Sacramento, California, where he was last seen on May 18, 2020 at just 15 years old. Now, all this time later, he’s finally resurfaced. His aunt and legal guardian Katte Smith explained the boy left home after some disagreements at the time, explaining to KCRA on Friday:

“There were some restrictions on him because he broke some rules and he wasn’t happy about that and for him, you know, he ran away. He felt that, you know, the grass was greener on the other side.”

Michael was officially reported missing on June 9, 2020. Smith explained to the outlet:

“My husband had a real hard time, emotionally, feeling like he was a failure. This is his biological nephew.”

“There’s no words that can really explain how you feel when you have a missing child.”

The mother of five added, “any parent out there that has a missing child, you think the worst. You think the absolute worst.” However, everything changed March 11 of this year when Michael appeared on the doorstep of his home he left two years prior, now 17 years old, without any reason, according to the sheriff’s office. Recalling the long-awaited reunion, Smith explained:

“We just kind of had this dogpile on him and lots of happy tears and just shock and awe.”

But the happiness soon faded into confusion as it was revealed that Michael had been staying with his childhood girlfriend and her mother, 61-year-old Holga Castillo Olivaes, who was a teacher at Alice Birney Waldorf-Inspired K-8 School in Sacramento. She never said a WORD to law enforcement, despite the boy being officially listed as missing, AND being questioned about his whereabouts during that time, according to KCRA. WTF!

The Sacramento City Unified School District explained Olivares “was taken into custody at the school after students were dismissed for the day,” adding:

“The charges filed are for acts unrelated to the employee’s assigned duties.”

“We felt so robbed of all this time with him.”

“When we heard that she’d been arrested we were floored. We’re getting justice, you know, in seeing that someone is being held accountable for doing the wrong thing.”

Olivares is currently on administrative leave while the school district investigates, and is facing charges related to the detention of a minor with the intent to conceal from a parent(s) and contributing to the delinquency of a minor, according to Sacramento County Sheriff’s Office.

What a weird situation… We can’t fully wrap our minds around why this teacher would hide the minor knowing FULL WELL his family was in distress looking for him. In the end, we’re just happy he’s safe and back with his loved ones. Let us know your thoughts on the matter in the comments (below).