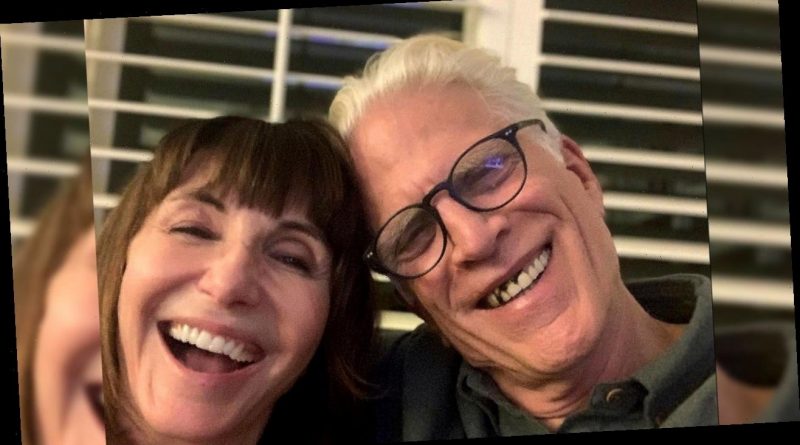 Ted Danson and Mary Steenburgen couldn’t be a cuter couple. Danson recently sat down with ET and shared some sweet praise for his wife of 25 years.

Danson — who was joined by his Mr. Mayor co-star Holly Hunter while speaking with ET’s Rachel Smith — reflected on his relationship with his lady love and how they’ve made their marriage work for so many years.

After meeting on the set of their film Pontiac Moon in 1993, Danson and Steenburgen tied the knot in 1995, and have been inseparable ever since.

“We delight in each other,” Danson said of their aspirational relationship. “And we’re pretty disciplined about being celebratory of what we have.”

Steenburgen — who currently stars on the musical dramedy Zoey’s Imaginary Playlist— has also been helping Danson run lines for his new sitcom Mr. Mayor. However, the actor says it hasn’t always helped.

“You know, she’s the worst line runner for our show ’cause she has hysterics and laughs,” Danson explained. “It takes forever for me to learn anything because she insists on doing all of Holly’s lines, you know, ’cause she thinks they’re so funny. So, she’s terrible at that.”

In Mr. Mayor, Danson stars as Neil Bremer, a wealthy retired businessman who is elected mayor of Los Angeles and must navigate the complex web of politics that comes with the job. Hunter plays Arpi, a political rival on the City Council who opposes Danson at every step.

“Well, it is nothing but a delight to be a thorn in Ted’s side,” Hunter said of working with the sitcom veteran. “It is endless fun and our scenes together always take very unexpected turns.”