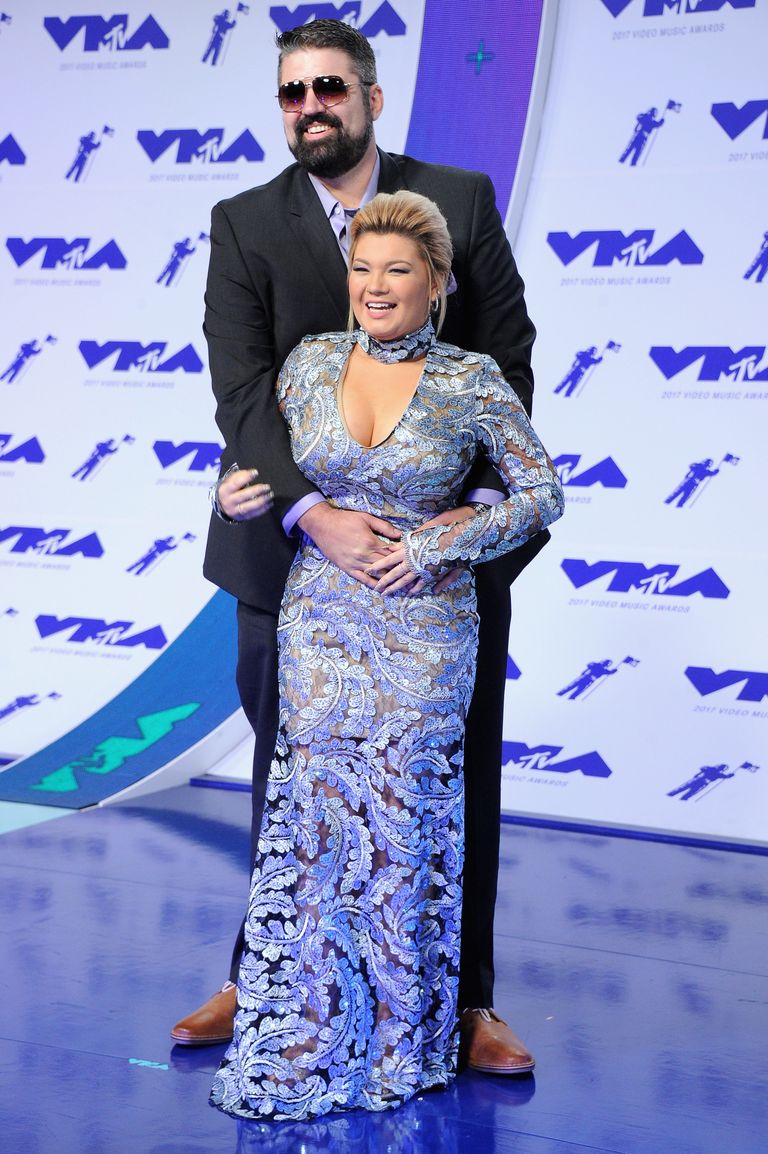 Teen Mom OG star Amber Portwood and her boyfriend, Andrew Glennon, are proud parents to a baby boy. Us Weekly reports Portwood gave birth to little James in the early hours of Tuesday morning, and he weighed 7 pounds, 11 ounces.

Portwood and Glennon met while filming Marriage Boot Camp with her then-fiancé, Matt Baier, and their relationship hit a snag back in September when she discovered two of Glennon’s exes served him with restraining orders. But by November, Portwood announced her pregnancy by writing a message in the sand. “I’m very excited for my future with Andrew and our little family we are starting together,” she wrote on Instagram.

Thank you everyone for all the kind words? I'm very excited for my future with Andrew and our little family we are starting together! Love always ?

“When I first found out [about the pregnancy], I was a little scared,”she told Us Weekly. “I just kind of sat down and thought about it and realized that it was a big step in my life and it was a good thing actually, and I was really happy within 30 minutes.”

People reports that Portwood was concerned about being pregnant because of her history with mental health issues; she started taking antidepressants while seven months pregnant, under her doctor’s supervision.

“I had a concern with my depression when I went in and talked to my doctor, and it was a concern that postpartum [depression] was something that could happen because of how I’m doing right now,” she told the magazine. “It’s just something you have to do to make yourself feel better, and you have to make sure it’s safe for the baby and just move forward from that.”

James is Portwood’s second child; she has a 9-year-old, Leah, with her ex-fiancé, Gary Shirley. Portwood recently shared a photo of Leah practicing for her new role as big sister with a baby doll in her arms.

My beautiful booboo yesterday at my baby shower holding a little baby doll getting ready for little brother James?