Safe travels! Teresa Giudice and her four daughters left Italy on Sunday, November 10, after visiting her husband, Joe Giudice, for the first time since he was released from ICE custody in October.

It was a brief trip for Teresa, 47, and her daughters, Gia, 18, Gabriella, 15, Milania, 13, and Audriana, 10, who headed to Italy on Wednesday, November 6. The family, who were separated for more than three years as Joe served time in prison for fraud, spent time exploring his new home in Salerno, bonded with family members and visited the Amalfi Coast.

The businessman, who is appealing his deportation, flew to Italy on October 11 after spending seven months in Immigration and Customs Enforcement custody. Their reunion was filmed by Real Housewives of New Jersey cameras. 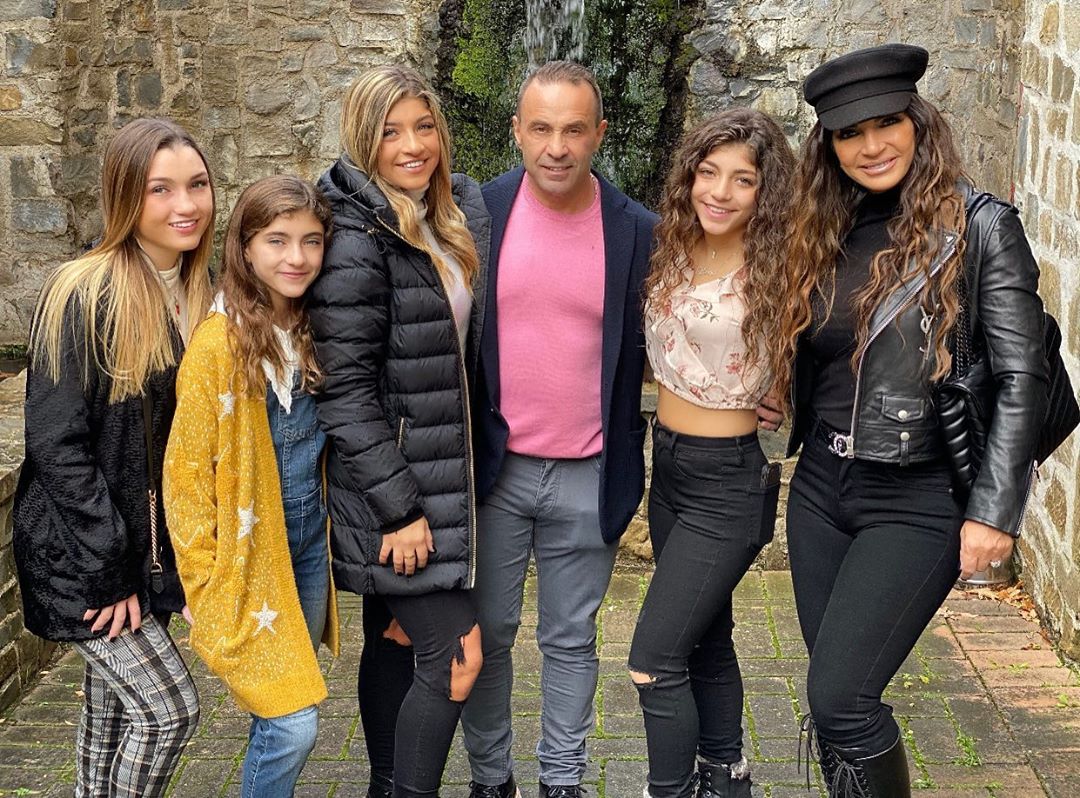 Gia hinted that the family was returning home with an Instagram post on Sunday. “Love you see you soon,” she captioned a photo with Joe, 47, and Audriana. 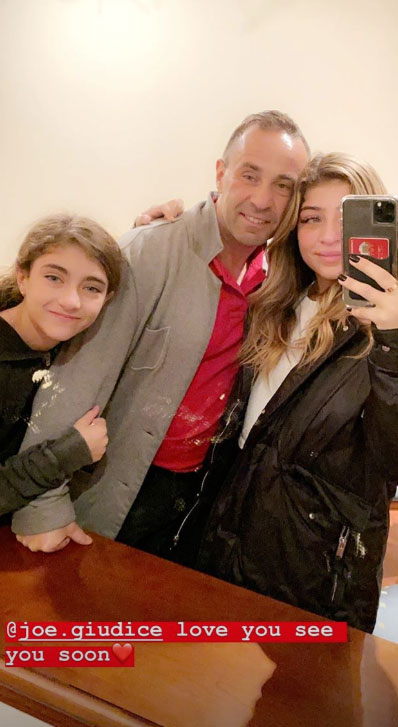 Audriana also bid farewell in video clips filmed from a plane that appears to be soaring over the Italian coastline. 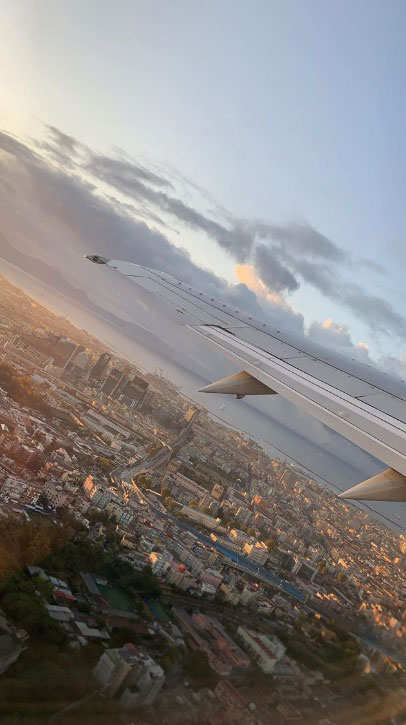 After Joe’s wife and children left the country, the Real Housewives of New Jersey star posted a video from a welcome home party with his family members. In the clip, Joe dances with the other partygoers and films the festivities on his phone.

He also posted two videos of himself kickboxing in a gym on Sunday. “My therapy,” he captioned one post.

The family documented their time together in numerous social media posts over the past few days. Joe, who recently created an Instagram account, posted a video attempting to open “Mommy’s favorite Bellini” on Friday, November 8.

6 Revelations From Teresa and Joe's Interview With Andy Cohen

“We’re back❤️,” Gia captioned a selfie of her parents and sisters on Instagram on Wednesday.

The Rutgers University student posted a few more photos from the trip on Instagram including a series of pics of the crew enjoying the Almafi Coast.

Teresa and Joe seemed uncertain about their future together as a couple during their joint interview with Andy Cohen in October. “I’m going to be honest with you, I haven’t seen him in three years and eight months,” Teresa said. “I do love him as a person. I don’t know how I’m going to feel when I see him.”

Teresa’s sister-in-law Melissa Gorga confirmed Teresa and her children were en route to Italy during her appearance on GMA’s Strahan, Sara and Keke on November 6. The Real Housewives of New Jersey star admitted that this is a difficult time for the pair.

“At this point, they don’t know each other anymore. And they need to get to know each other again,” Gorga, 40, said. “It’s only fair to give her that minute to get back together and see how they feel. It’s been a long time. She’s on her way to Italy right now and we’ll see what goes down. That’s a long time to be away from your husband.”