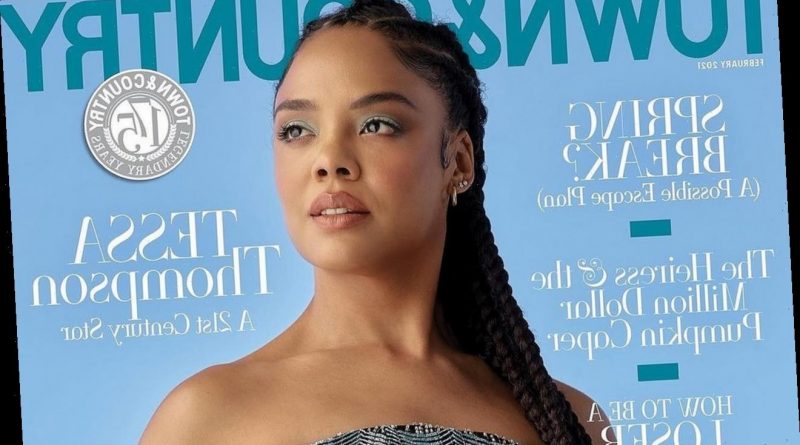 The ‘Dear White People’ actress is inspired to speak out against injustice after receiving support from fellow female castmates and crew members for standing up for herself.

AceShowbiz –Tessa Thompson wants to inspire others to speak out against injustice.

The “Westworld” actress has recalled how standing up for herself on a film set compelled other women on the production to speak up for themselves, and she’s now determined to use her platform “embolden” others who may feel like they’ve been “silenced.”

“There’s invariably people in the room that have been silenced,” explained Tessa. “I remember a distinct moment on set. A squeak just came out of me, I didn’t even mean for it to, and then I could see the secret little smile on some of the women around the room, and you realize that there’s a choir of wheels waiting to squeak together.”

“It emboldens folks, and you realize you have support and you’re not squeaking just on your own behalf. You’re squeaking for everybody.”

Tessa recently signed a development deal with HBO and is excited to “create a utopia” in her work where no-one feels discriminated against.

She told Town & Country magazine, “That’s my favourite thing to think about, particularly in building this company. Thinking around the voices I invite into it, how I allow them to retain as much ownership over their work and their ideas as possible… I’m really interested in trying to create a utopia.”

“It’s imperative, because I’m curious about being able to give opportunity to folks that people might say are less experienced. A lot of people are batting a lot higher than their average because they just, frankly, haven’t been given the opportunity.”

The 37-year-old added, “I think that’s why I like what I do. I’ve always felt a little afraid of what happens when we get too comfortable, that we’re not growing. Maybe I’m a masochist or maybe I’m a sucker for the discomfort of the first squeak.”