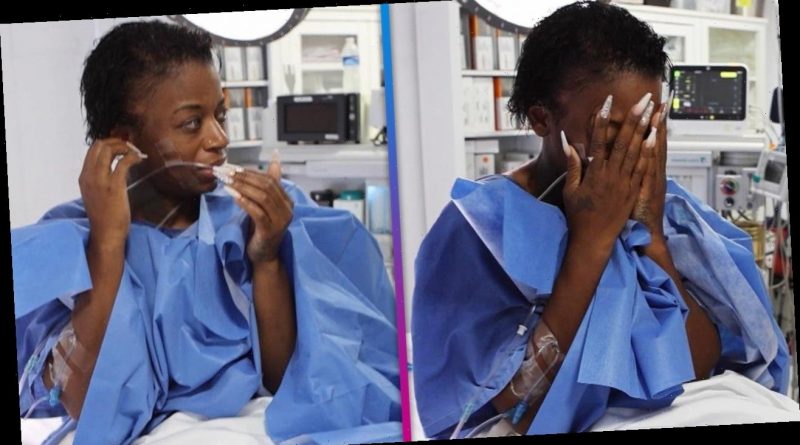 It was an emotional day for Tessica Brown.

The 40-year-old mom of five, who went viral after using Gorilla Glue as hairspray, got teary-eyed  as she felt her hair for the first time since the incident. Brown flew out to Los Angeles, where plastic surgeon Dr. Michael Obeng removed the glue free of charge.

Running her fingers through her freed hair for the first time in weeks, Brown was in tears and overwhelmed with the end results.

“Thank you all so much,” she said as she laid on the hospital bed, as someone off camera says, “I really didn’t think it was going to end up good like that. Incredible.”

Watch the moment in the video above.

Brown’s manager, Gina Rodriguez, exclusively told ET that the procedure was a success, and that Dr. Obeng was “able to remove all of the Gorilla Glue out of her hair.”

“She is currently resting and healing from the ordeal,” Rodriguez added. “As you can imagine, Tessica’s scalp is extremely sensitive right now and will need some time to recover.”

While speaking to ET earlier this week, Brown said that she was in a hurry while trying to leave her home. The Louisiana native said she used the adhesive when she realized she ran out of hairspray, thinking she could “wash it right out.”

She also admitted she “regretted” posting the TikTok video asking for help after the video went viral. Brown quickly became a target for jokes and unwanted attention, with many referring to her as “the Gorilla Glue girl.” She emotionally confessed to ET that the whole situation has taken a toll on her.

Tessica Brown Doesn't Want to Be Known as 'Gorilla Glue Girl': Her Message to the Internet