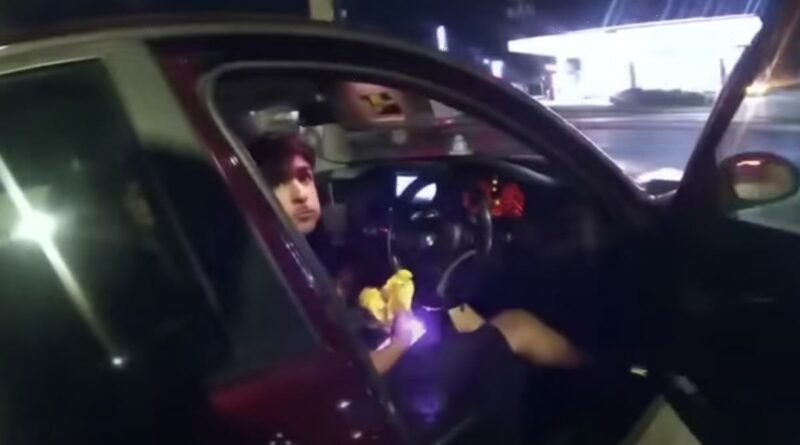 A San Antonio police officer has been fired after shooting a teenager who was eating in a parking lot outside of a McDonald’s.

According to The New York Times on Sunday, the situation went down when the officer – identified as James Brennand – responded to an unrelated disturbance call at the fast food restaurant at around 10:45 p.m. on Sunday, October 2. Captain Alyssa Campos explained in a video statement:

Believing the vehicle was stolen, Campos said Brennand called “for cover” but still approached the car before other officers arrived at the scene. Shocking body camera footage released by the police department then showed him walking up to the parked car and suddenly opening the driver’s door. The teenager – who has been identified as Erik Cantu – could be seen sitting in the driver’s seat eating a hamburger while a 17-year-old girl sat next to him in the passenger’s seat. In the video, Brennand says to Erik:

However, the teen freaked and reversed with the driver’s door still open. That is when Brennand shot at Erik multiple times. The gunshots can be heard in the video as the car backs away and the door closes. More shots were then fired while the vehicle left the parking lot, and the officer told others on his radio:

Awful. You can take a look at the moment below:

The two teens were found a block away. The girl was not injured, but Erik was sent to the hospital in critical condition with multiple gunshot wounds. His attorney Brian Powers told The New York Times:

“He is still in critical condition and literally fighting for his life every minute of the day. His body has endured a tremendous amount of trauma.”

Meanwhile, the San Antonio Police Department said that Brennand, a probationary officer who had only been on the force for seven months, was let go for violating the department’s tactics, training and procedures. Chief William McManus said:

“The former Officer’s actions are indefensible and do not align with our training, tactics and procedures. As such, I terminated him. I will withhold further comment as this incident is still under investigation.”

Following the shooting, police claimed Cantu was charged with evading detention with a vehicle and assault on a peace officer. However, Joe Gonzales, the district attorney of Bexar County, said in a news conference on Friday that he had dismissed the case. Police also have not said whether or not the car was actually stolen. While Gonzales praised the department for firing Brennand, he noted that the former cop could face criminal charges once investigators are finished reviewing the incident:

“We have other decisions we have to make down the road, which may include charging him with a crime.”

We are keeping Erik in our thoughts as he continues to fight for his life right now.