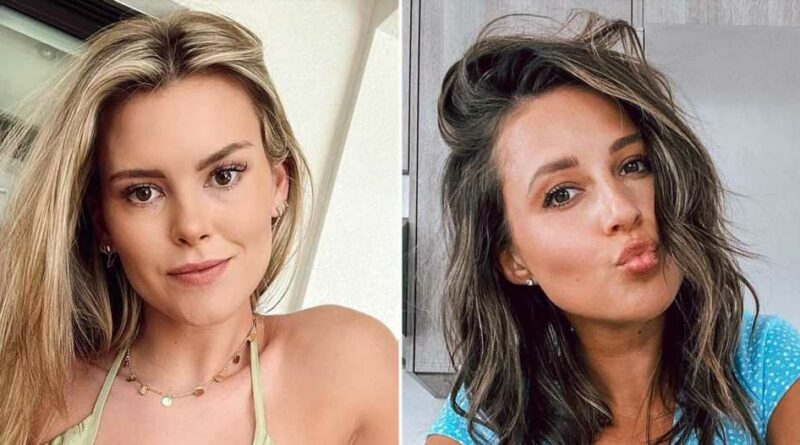 Water under the bridge. Katie Thurston and Anna Redman reconnected after finding themselves at odds during Matt James’ season 25 of The Bachelor.

“Nothing but love and growth,” the season 17 Bachelorette, 30, captioned a Friday, May 14, Instagram Story selfie with Anna, 24. 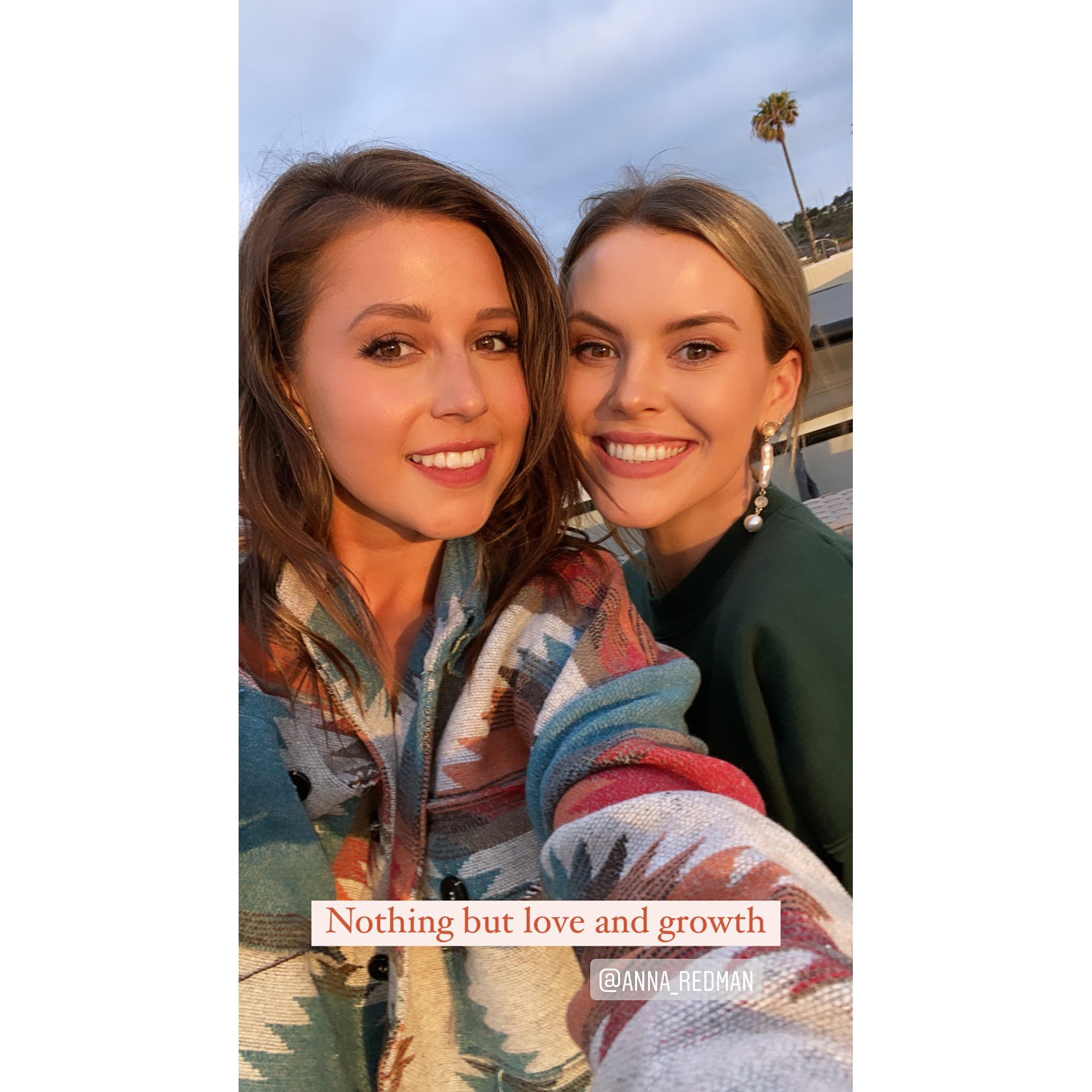 The copywriter also posted a collage of Instagram pics with Katie and fellow season 25 alum Alana Milne in San Diego. “Who run the world?” she wrote. In the comments section, the bank marketing manager replied: “So glad we could finally meet up! Nothing but love and good vibes.”

Katie later shared an Instagram Story video comparing herself — in a tie-dye hoodie — to Anna — wearing a leopard bikini — after their reunion. “There are two types of people in the morning after drinking: this and this f–king queen,” she exclaimed on Saturday, May 15. “Oh, my God.” 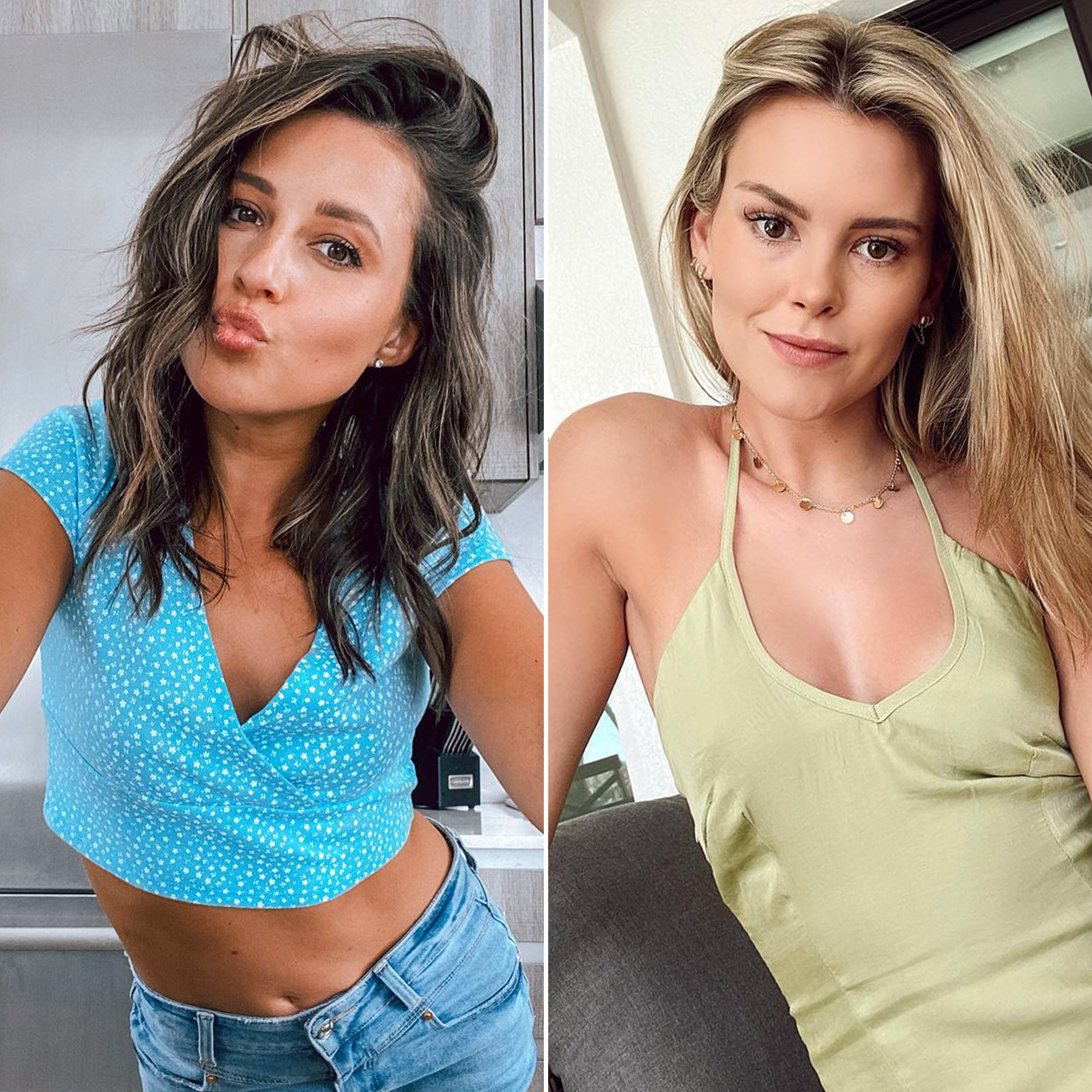 The reality stars clashed on The Bachelor after Anna claimed in a January episode that their costar Brittany Galvin was an “escort” who was “entertaining men for money.” Brittany, 24, denied the allegations at the time, but after the rumor spread, Katie informed Matt, 29, about bullying among the women.

The leading man subsequently confronted Anna about her accusations. She said she was upset with herself for the “mistake,” but Matt still sent her home.

Anna reflected on her behavior during The Women Tell All, which aired in March. “Nothing I can say can justify what I did,” she told Brittany. “Honestly there is no reason ever to take down another woman without ever thinking of the consequences, especially in that moment. It was awful, and I am still, like, after watching the aftermath, I am 100 times more sorry. Just because I know I’m getting, like, a little glimmer of it, and I can’t even imagine what’s it like to be you. It just sucks that I did that to someone else. It just was, like, this ball that kept rolling, and everything in the situation I did was wrong. I’m sorry. This all sucks.”

Katie, meanwhile, drew ire from her castmates for bringing the drama in the house to Matt’s attention. “I was just being who I believe I am,” she explained during the reunion special. “I am very outspoken. You know I’m gonna speak my mind, and for me, it was just kind of, like, my last straw. We have to live in this house for up to two months, and what I was experiencing personally, it sucked. So, for me, I felt like I owed it to Matt and to myself and to the environment to let him know my opinions.”