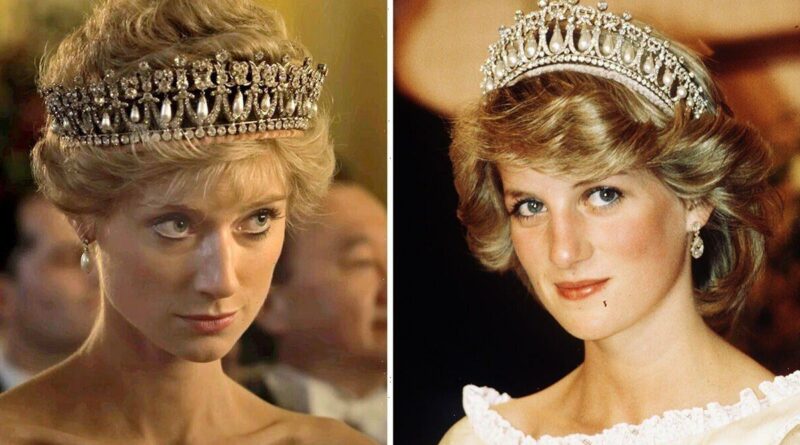 Elizabeth Debicki, 32, who will portray Princess Diana in the latest season of Netflix show The Crown, has stressed the importance of not taking the show as fact. Addressing criticism the show has faced for choosing to cover such recent events, the actress has insisted that people should “move on” following the inclusion of a disclaimer for the most recent series.

Netflix has added a disclaimer to its marketing for The Crown, saying the show is a “fictional dramatisation”, “inspired by real-life events”.

The disclaimer appears under the YouTube trailer for the upcoming series five and on the streaming site’s title synopsis page.

Dame Judi Dench and ex-Prime Minister Sir John Major have raised concerns about the accuracy of the royal drama, while Netflix has since told the BBC that the show “has always been presented as a drama based on historical events”.

Elizabeth has suggested the new disclaimer is a welcome addition to the show as the self-professed fan feels it is clear the programme should not be interpreted as fact.

In response to the criticism, the actress explained: “I respect people’s points of view and I, being an actor in the show, understand the nature of what the show is.

“It was always very clear to me that one can never know what happens behind closed doors, and that a writer is interpreting what may have happened.

“Now the disclaimer is up there, we can maybe stop talking about it and move on,” she continued.

“If that’s helpful for certain people, so be it, and now the conversation can be returned to the

creative endeavour of what the show is.

“There’s a huge amount of room for interpretation, and that’s the value and beauty of The Crown as well, that you receive a different message depending on who you

“That’s good drama to me,” the star added during her interview with The Radio Times.

The fifth series of The Crown was always bound to be controversial considering the royal chapters from 1991 to 1997 include a number of recent scandals, as well as the tragic death of Princess Diana.

Another contentious topic covered will be the very public collapse of Princess Diana and Prince Charles’ (now King Charles) marriage and its coverage in the media.

Elizabeth will be taking over from Emma Corrin in the role, who won international acclaim for their portrayal of the young Diana.

Meanwhile, Prince Charles will be played by Dominic West, who will inherit the role from Josh O’Connor.

Netflix’s inclusion of a disclaimer comes after James Bond actress Dame Judi called on Netflix to include a statement at the start of The Crown to say it is a “fictionalised drama” in a letter to The Times.

In her letter, the known friend of Camilla, Queen Consort, wrote: Given some of the wounding suggestions apparently contained in the new series — that King Charles plotted for his mother to abdicate, for example, or once suggested his mother’s parenting was so deficient that she might have deserved a jail sentence — this is both cruelly unjust to the individuals and damaging to the institution they represent.

“No one is a greater believer in artistic freedom than I, but this cannot go unchallenged. Despite this week stating publicly that The Crown has always been a ‘fictionalised drama’ the programme makers have resisted all calls for them to carry a disclaimer at the start of each episode.

“The time has come for Netflix to reconsider — for the sake of a family and a nation so recently bereaved, as a mark of respect to a sovereign who served her people so dutifully for 70 years, and to preserve their own reputation in the eyes of their British subscribers.”

Read the rest of Elizabeth’s interview in the latest edition of Radio Times.