While many were distracted by Prince Harry and Meghan Markle's visit to Bondi Beach last week, the Beckhams thought they would be able to sneak into town on an Emirates flight unnoticed. 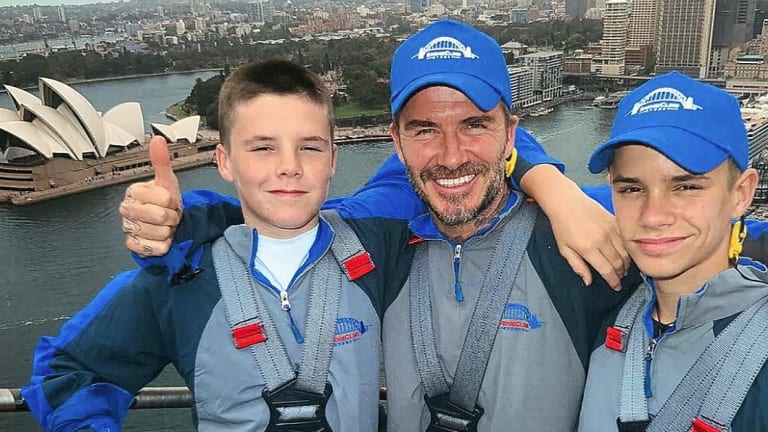 A storm of publicity from David's comments to Lisa Wilkinson about his 19-year marriage to Victoria being "hard work"and an attempted break-in at their Cotswolds home, meant Britain's other, more glamorous, "royal" family became the real cash cows.

A few seasoned photographers were waiting for the couple and their children Romeo, 16, Cruz, 13, and Harper, seven, (minus Brooklyn, 19,) and made a motza on images that ran across British front pages.

Once the Duke and Duchess of Sussex headed for Fiji and Tonga, the rest of the motley crew of selfie chasers, fans and paparazzi turned their attention to Posh and Becks, descending upon their rented $17 million Mosman mansion.

While it meant Crown Prince Frederik of Denmark could arrive in Sydney with hardly anyone batting an eyelid; locals in the affluent north shore suburb were not best pleased by the attention, and neither was a usually mild-mannered David, despite his love of courting media second only to the Kardashians.

He became so frustrated by the paparazzi he confronted them.

"You should be 'appy with what you've got already," he said in his high-pitched, Cockney twang, urging them to leave his family in peace.

But with the Australian leg of Harry and a pregnant Meghan's tour over following the closing ceremony of the Invictus Games, attended by David (he really wants that knighthood) and Prince Frederik, the interest in the Beckhams shows no signs of abating.

Sony were shouting from the rooftops about the "spectacular music" line-up for their 10th annual Wharf4Ward lunch in aid of young people with cancer. 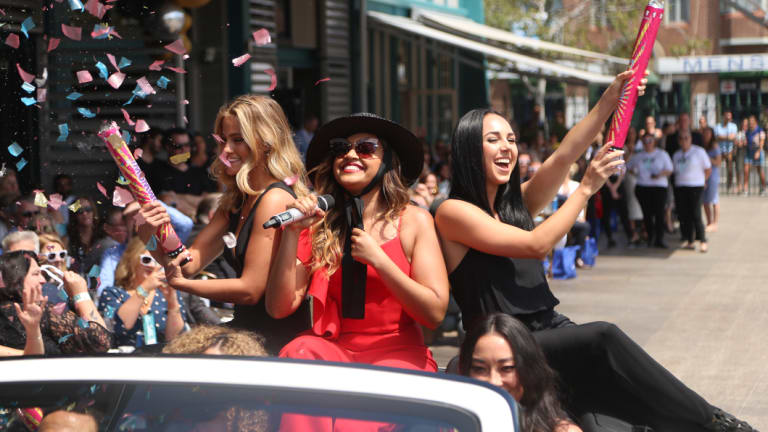 Jessica Mauboy at the Wharf4Ward fundraiser in aid of youth cancer at Woolloomooloo Wharf on Thursday.Credit:Sony

John Farnham's performance atop a boat parked at Woolloomooloo Wharf on Thursday was fantastic and Conrad Sewell was great. There were questions raised about whether Jessica Mauboy was singing or letting the recorded version do most of the work so she could focus on riding down the wharf hanging out of a Bentley convertible and cheekily throwing her black boater hat in the direction of a giggling Denis Handlin, CEO of Sony Music Australia and New Zealand, who was seated in prime position. (She knows what side her bread is buttered.)

But the only act that brought the house down, and had the usually lacklustre corporate guests springing to their feet and rushing towards the stage for a better view (even blocking Handlin's), was one that can't be named. 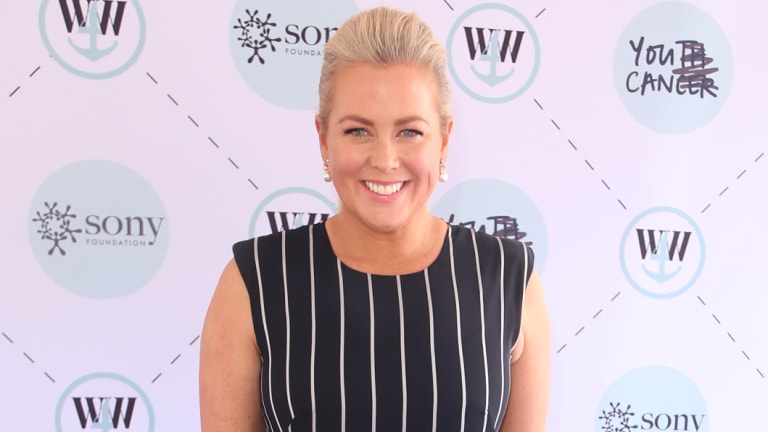 In the most peculiar of circumstances, Sony Music placed a gag order on media from reporting the act's identity and even went so far as to make some sign non-disclosure agreements to ensure it remained a secret.

And just in case anyone should forget, one of the many hosts on the day, Nine's David Campbell, reminded the 1000 attendees: "Social media down and no phones please."

Seating a sore point for some at Sony's Wharf4Ward

As well as the Sony music stars and the act-who-must-absolutely-not-be-named, a plethora of other Sydney identities headed to their habitual stomping ground of Woolloomooloo where $1.4 million was raised for You Can Centres. 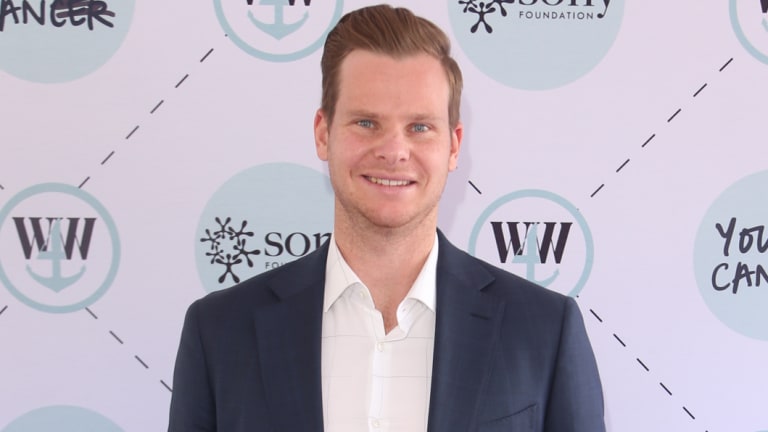 Samantha Armytage, who helped emcee events, seems to have finally turned that frown upside down in the same week it was revealed she is dating Brisbane businessman, Paul O’Brien, who many thought was still married to Channel 10 newsreader Georgina Lewis.

She was seated a few tables down from Nine's Richard Wilkins and his partner Virginia Burmeister, and newsreader Peter Overton

But it was Steve Smith who was treated as the guest of honour and given prime seating at the event, despite being stripped of his Australian cricket captaincy for ball-tampering just six months before. 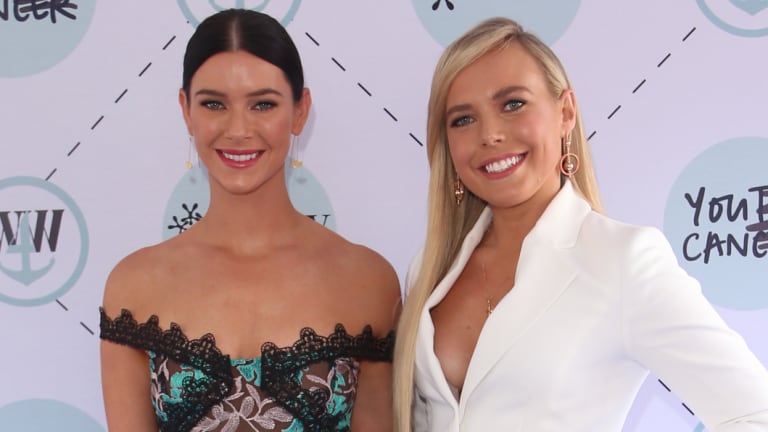 The Bachelor rejects Brittany Hockley and Cassandra Wood at Wharf4Ward.Credit:Sony

The cricketer, who this week made his debut on the 2018 Financial Review Young Rich List, was placed at the top table alongside Sony big-wigs Handlin and Kazuo Hirai, global chairman of the Sony Corporation.

The seating arrangements were a contentious issue with some media editors and TV executives embarrassed and annoyed by the cheap seats (off the wharf and with no view of the stage) they were assigned, pointing out that the likes of The Bachelor rejects Cassandra Wood and Brittany Hockley were front and centre of proceedings.

Another blonde bites the dust at Sweaty Betty 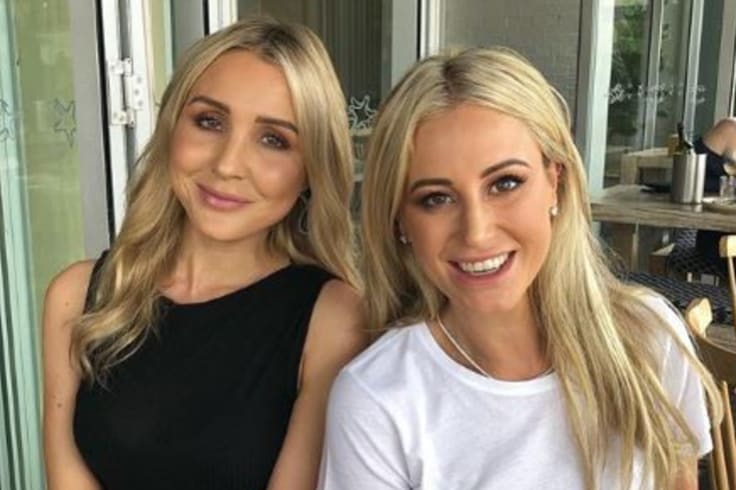 Roxy Jacenko's right-hand woman at Sweaty Betty for the past five years and one of her closest friends, Holly Asser, quit the PR firm this week.

When contacted by The Goss, all a diplomatic Asser would say is: "It was just time for me to do something different."

While Asser wouldn't comment on the reason for her sudden departure, an insider said: "If the past is anything to go by, not many leave Sweaty Betty on good terms."

There's been no love lost between Jacenko and her former blonde-right-hand-staff-members-turned-BFFs, including Montarna McDonald, Maz Coote and Elliot Garnaut.