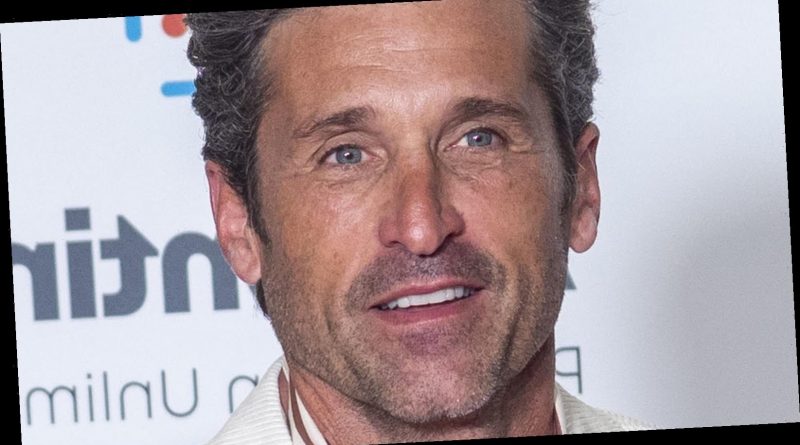 Prepare to have your minds blown, because a certain fan theory about Patrick Dempsey’s McDreamy has the beloved doctor from Grey’s Anatomy — wait for it — still alive. Of course, we were all devastated when, in 2015, Derek Shepherd, heroic physician, dad, and husband of Meredith Grey, died in a car accident (via Deadline). It’s tough even reflecting back upon the episodes that saw Mer heartbroken again, after already losing so many people in her life — namely, her mom, and best friends, George O’Malley, who also died in an accident, and Cristina Yang, who moved across the world.

Now, years later, just when we have finally come to terms with Mer dating someone else — because DeLuca is suitably hot, too — he goes and dies! Does this mean our lead’s heart is open for another love? Or could someone from her past come back into her life — assuming she wakes up from her COVID-19-induced coma? Well, a shocking observation from Mer’s beach dream sequences could actually mean that past person is none other than McDreamy himself, back from the dead. Or, did he ever die (via Hollywood Life)?

Okay, so the dream scenes on the beach in which past — and present — characters come back and talk to Ellen Pompeo’s Meredith are key to this theory about Derek being alive, despite the fact that we feel like we saw him die in a hospital bed six years ago. Grey’s mega fans have noticed that dead characters on the beach, namely George and DeLuca, are wearing white shirts. P.S. Meredith is wearing a white shirt.

Meanwhile, living characters who appear on the beach, like Dr. Bailey, are wearing colored shirts. And. So. Is. McDreamy. Whoa. His shirt is blue. As one fan tweeted, “100% convinced derek shepherd is alive and we’re getting merder endgame.” And ready for this one? As one fan tweeted, “What if Meredith went with Derek on the day of the accident and they had the accident together and have been in a coma since then? That’s why last week they filmed in the same town where Derek died, to show that Meredith was with him.”

Chills? Here too. Meanwhile, Dempsey returns on the March 18 episode of the show, so… guess we’ll see (via ET).