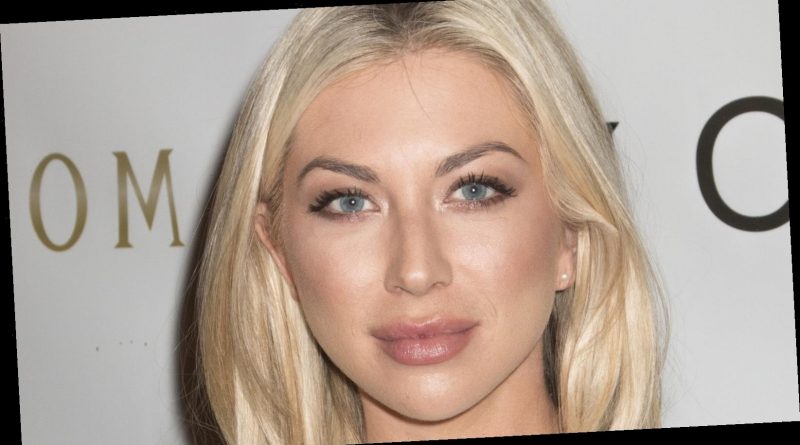 Former Vanderpump Rules star Stassi Schroeder has described herself as a “basic girl” and even released a book on her basicness in 2019. Her next-level basic-ness isn’t all that bad as she’s found love with casting director Beau Clark who proposed to her in July 2019 and stood by her through her firing from the Bravo show due to racist comments she made against a former cast member, according to Deadline.

Despite her controversial past, Schroeder has reason to celebrate as she welcomed her daughter with Clark on Jan. 7, 2021. Schroeder had announced her pregnancy in June 2020 after being pictured with a baby bump while grocery shopping, via Us Weekly. At the time, fans wondered if Schroeder and Clark would pick a basic name for their daughter given the former’s self-proclaimed “basic” status.

Thankfully, Schroeder has not kept fans guessing about the name, explaining the origins of her daughter’s name, and it’s so touching. Keep on reading for the moniker reveal.

Stassi Schroeder named her daughter Hartford Charlie Rose. Schroeder explained Hartford’s middle names — Charlie and Rose — were “chosen in honor of Clark’s father and [her] grandmother respectively,” People reported. Hartford was born on Jan. 7, 2021, at 7lbs., 3 oz, and 19 inches long. Shroeder had documented her pregnancy struggles on Instagram and said her emotions got the best of her, per Page Six, but giving birth to Hartford was an experience she’ll never forget.

“We truly cannot begin to describe the happiness and joy we are feeling at this moment,” the couple told People. “It’s something that you hear from all new parents right after birth, but something magical happens.” The couple also told the outlet they felt “blessed and grateful to have a beautiful and most importantly, healthy baby girl.”

Schroeder’s daughter is not the only Vanderpump baby that will be born in 2021, as Lala Kent and her fiance Randall Emmett announced their pregnancy via their podcast in September 2020. Jax Taylor and his wife, Brittany Cartwright, are also expecting. Talk about a Vanderpump baby boom!