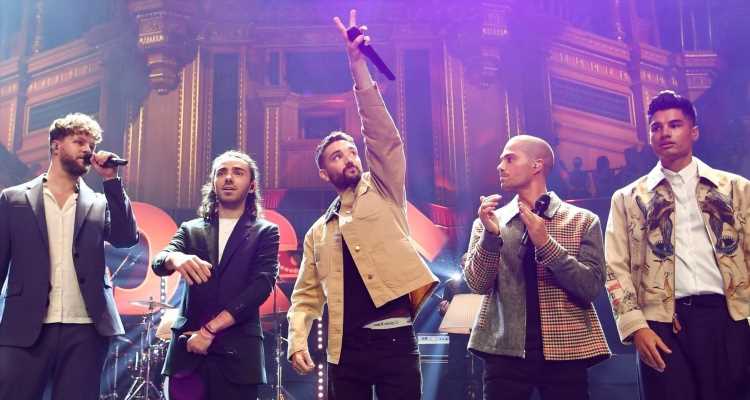 It was an emotional night for the guys of The Wanted!

The group – Tom Parker, Nathan Sykes, Jay McGuiness, Max George and Siva Kaneswaran – performed together for the first time in years at Tom’s Inside My Head Stand Up 2 Cancer benefit concert on Monday night (September 20) at Royal Albert Hall in London.

Not only was Tom brought to tears, but the guys also shared a group hug, which made for a very special, emotional moment. See all of the photos in the gallery.

Liam Payne was also one of the performers in attendance.

“A night we’ll never forget. So proud of our bro @tomparkerofficial ❤️ Huge THANK YOU to everyone who came down to the @royalalberthall for Tom’s ‘Inside My Head’ concert. It was such an incredible night for us all and great to see so much support for @su2cuk. Thanks to all the amazing performers too. #StandUpToCancer #InsideMyHead,” The Wanted shared on Instagram.

The concert will be livestreamed globally TODAY (September 20) starting at 3pm ET/12pm PT. Get your tickets HERE!

In case you missed it, earlier this month The Wanted announced they were getting back together after seven years apart, and they will be releasing a greatest hits album, which will include new music as well!