Home » Celebrities » THEN AND NOW: The cast of ‘The Holiday’ 14 years later 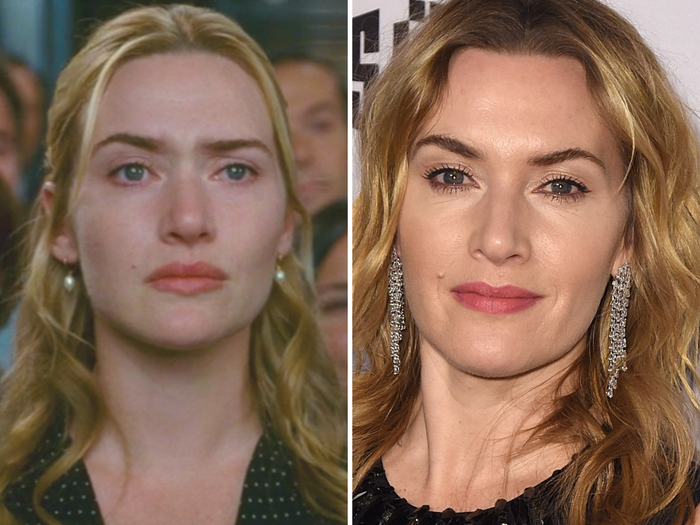 "The Holiday" hit theaters in 2006 just in time for the holidays, and audiences ever since have fallen in love with the heartwarming Christmas classic.

The film follows the story of two women from England and Los Angeles who switch homes for the holidays. Starring Kate Winslet, Cameron Diaz, Jude Law, and Jack Black, the film grossed more than $200 million worldwide following its release.

In 2014, one of the stars of the movie, Hollywood legend Eli Wallach, passed away at the age of 98. "The Holiday" was one of his last movies.

Here's what the cast of "The Holiday" is up to now.

Kate Winslet played Iris, a woman who decides to spend the holidays in Los Angeles after her ex-boyfriend announces he's engaged to another woman. 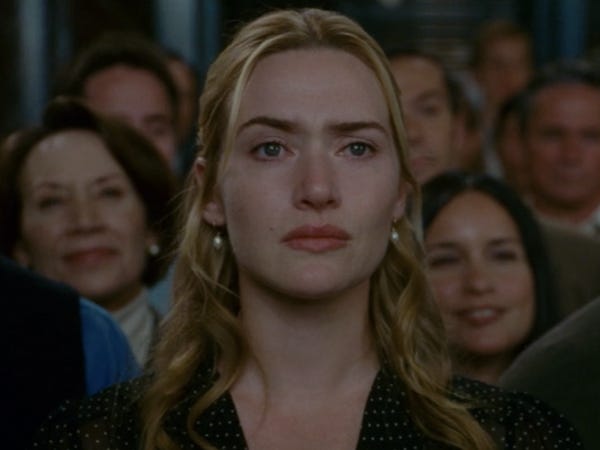 After receiving the heartbreaking news, Iris is depressed and distraught. However, after getting a request from Los Angeles movie trailer executive Amanda, played by Cameron Diaz, to switch homes for the holidays, everything starts to look up for Iris.

While in Los Angeles, she befriends an elderly neighbor who was a writer for many old Hollywood movies and gains self-confidence. She also meets a film score writer, played by Jack Black. Their adorable friendship turns romantic at the end of the movie.

Kate Winslet is still one of the most famous actresses in the world. 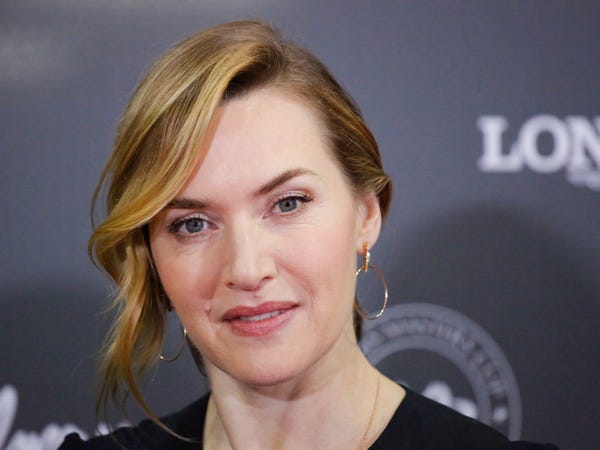 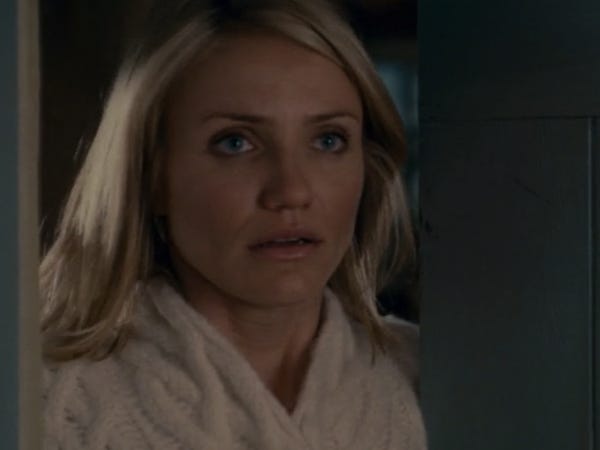 After breaking up with her unfaithful boyfriend and switching homes with Iris for the holidays, Amanda enters a whirlwind romance with Iris' brother, Graham. They fall head over heels for each other but recognize their relationship will be complicated if they're living on opposite sides of the world.

Amanda leaves to go back to Los Angeles but finds herself crying over the idea of leaving Graham. In the end, they both decide they'll try to make it work.

Cameron Diaz went on to star in movies like "The Other Woman" and "Bad Teacher," but recently announced she's quit acting. 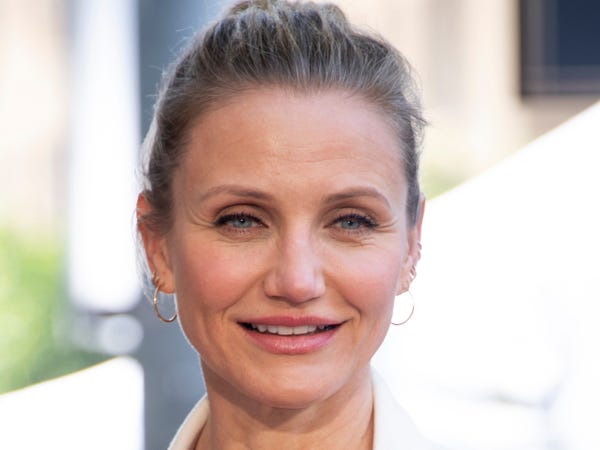 In addition to a decades-long acting career, Cameron Diaz also worked as a producer and an author. However, the star has since announced she's retired from acting altogether.

"I got a peace in my soul, because I finally was taking care of myself," Diaz told Gwyneth Paltrow on her podcast. "It's a strange thing to say, I know a lot of people won't understand it, I know you understand it, but it's so intense to work at that level and be that public and put yourself out there."

Diaz and husband Benji Madden announced the birth of their first child, Raddix, earlier this year. 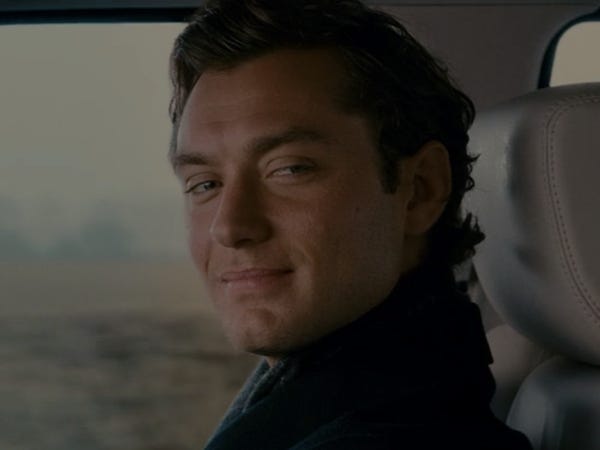 Graham is a widower and explains that he never introduces anyone to his two children, or even tells the women he sees that they exist. He prefers to be seen as a young, single guy with no attachments or complications. However, this changes when he meets Amanda and they fall in love.

Jude Law is known for his performances in "The Talented Mr. Ripley" and "Cold Mountain." 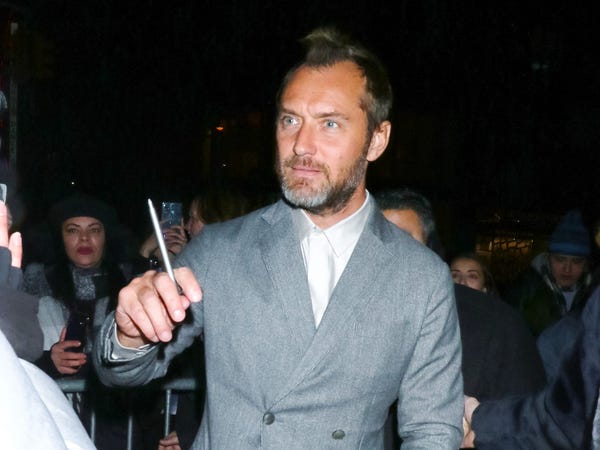 Law also co-starred in the "Sherlock Holmes" films alongside Robert Downey Jr. and in "Anna Karenina" with Keira Knightley. In 2016, Law starred as the title role in HBO's "The Young Pope." The actor has also held prominent roles in "Fantastic Beasts: The Crimes of Grindelwald" and "Captain Marvel." 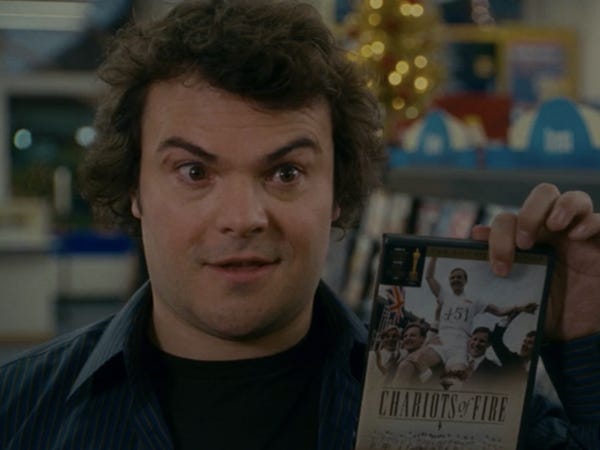 Miles is originally introduced as one of Amanda's ex-boyfriend's friends and his friendship with Iris grows throughout the movie. They connect by watching old Hollywood movies, many of which were written by Arthur.

Their friendship turns romantic after they decide to help prepare Arthur for an event in his honor. Miles breaks up with his actress girlfriend Maggie, who has said she's been filming on location but has instead been cheating on him. In the end, Miles asks Iris if she will be his date on New Year's Eve and she says yes.

Jack Black is still working as an actor and musician. 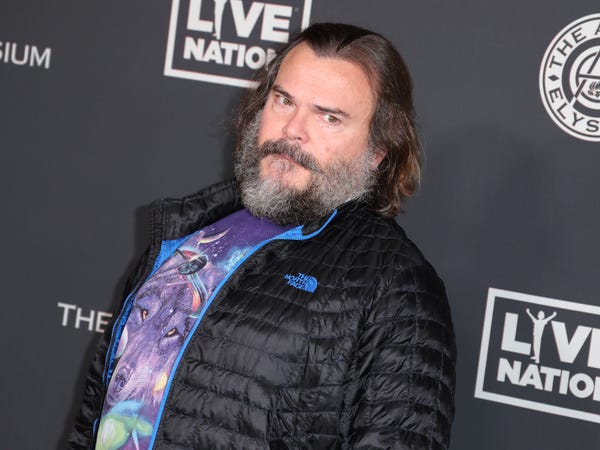 After "The Holiday," Black starred in films like "Tropic Thunder," "Gulliver's Travels," and "Goosebumps." He also held starring roles in the "Kung Fu Panda" franchise and in the two most recent "Jumanji" movies.

In 2018, Black was awarded a star on the Hollywood Walk of Fame.

In addition to his acting career, Black is the lead singer of the band "Tenacious D," and runs the YouTube channel Jablinski Games. 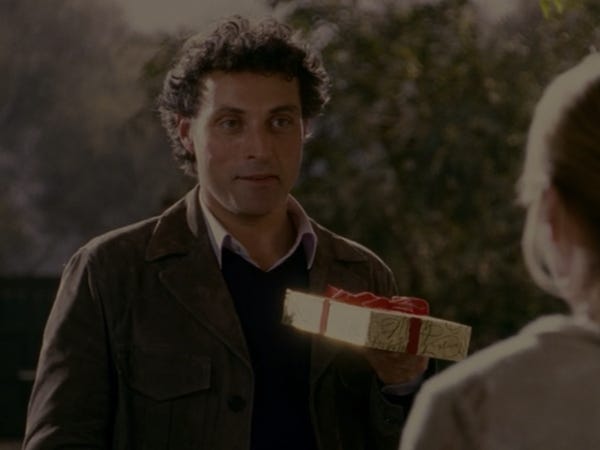 After leading Iris on for years, Jasper gets engaged and announces it in front of his and Iris' entire office at a Christmas party. Iris tells Jasper she is going on holiday to get over him.

However, instead of leaving her alone, Jasper asks Iris for notes on his manuscript while she's on vacation. He also shows up in Los Angeles unannounced to tell Iris he's afraid of losing her but is still engaged. Iris breaks it off, finally.

The British actor has starred in movies like "Judy" and TV shows like "The Man in the High Castle" and "Victoria." 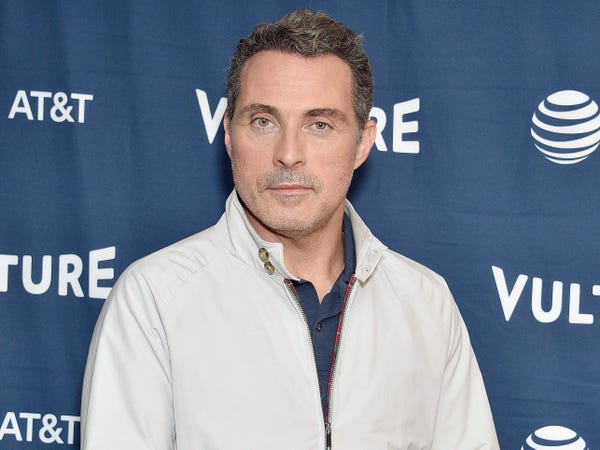 In addition to those roles, Sewell also guest-starred in "The Marvelous Mrs. Maisel" as a stubborn, but genius, artist. 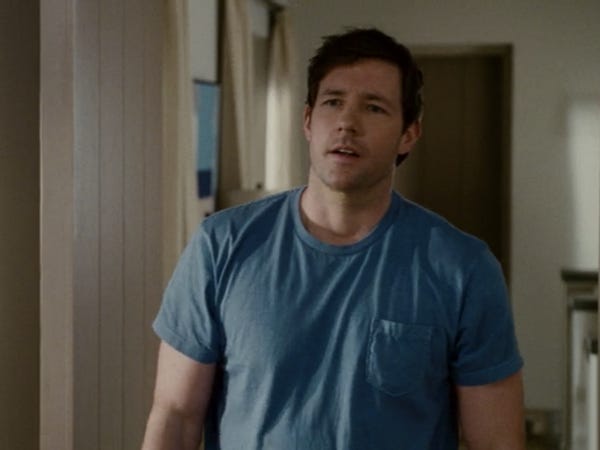 After a rip-roaring fight in one of the first scenes of the movie, Ethan tells Amanda he has cheated on her with his secretary but blames it on the fact that he doesn't feel connected to Amanda. He also points out that she doesn't "even shed a tear" during their breakup.

Edward Burns is also known for his roles in "27 Dresses," "Newlyweds," and "Friends with Kids." 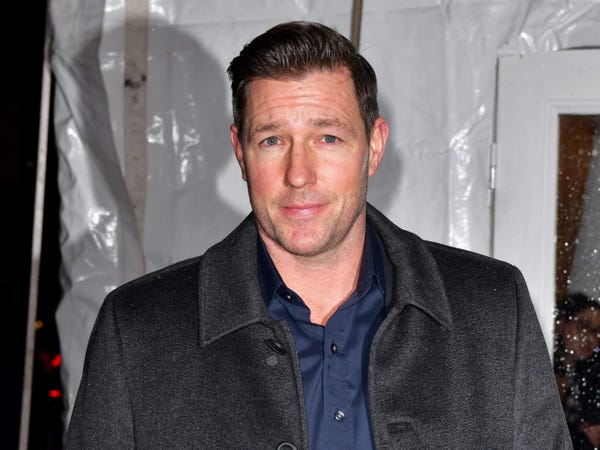 In recent years, Burns has directed and produced a number of projects he's acted in, including "Public Morals," "Summertime," and "Beneath the Blue Suburban Skies."

He is also married to model Christy Turlington — they wed in 2003. They share two children, Grace and Finn. 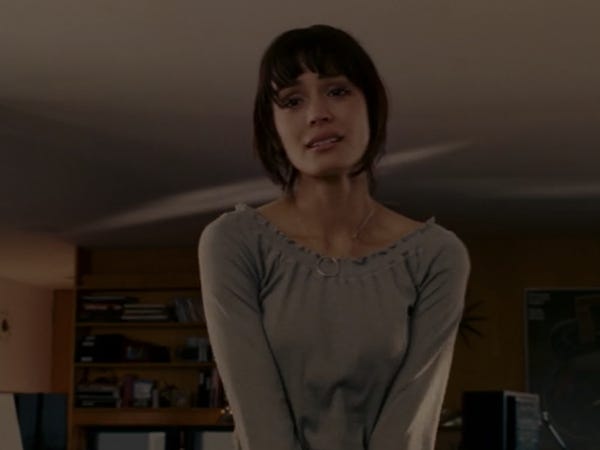 Not much about Maggie is known, other than the fact she likes to talk on the phone while Miles is listening to classical music in the car and that she cheats on him while pretending to be acting on location.

In the end, Maggie tries to win Miles back, but they break up.

Shannyn Sossamon has not acted in anything since 2016. 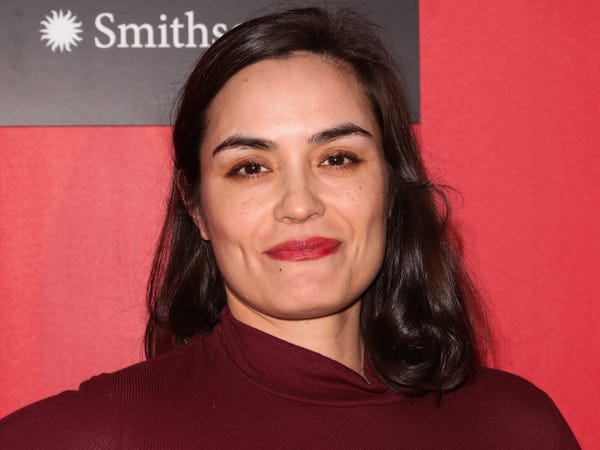 Sossamon is now working on a project called "The Maude Room," a short-form variety show that she describes as "a little picture show theater."

"What I wanted to do is to create a space that's like film school in a way. I'm doing mostly everything myself, holding the camera and doing all the post [production], and I'm loving it," she told Refinery 29 in September. 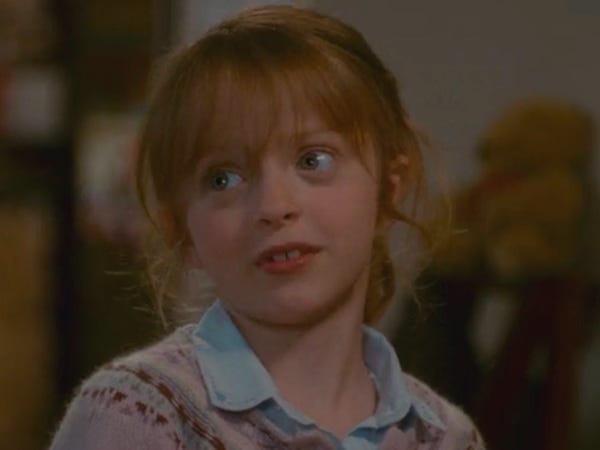 Sophie appeared in adorable scenes alongside her younger sister, Olivia.

Englefield, 6, was living with her dad when filming started and had only recently become permanently housed after being homeless, the actress told Vulture.

Englefield, seen in another film from the movie, hasn't acted in anything since her early teens. 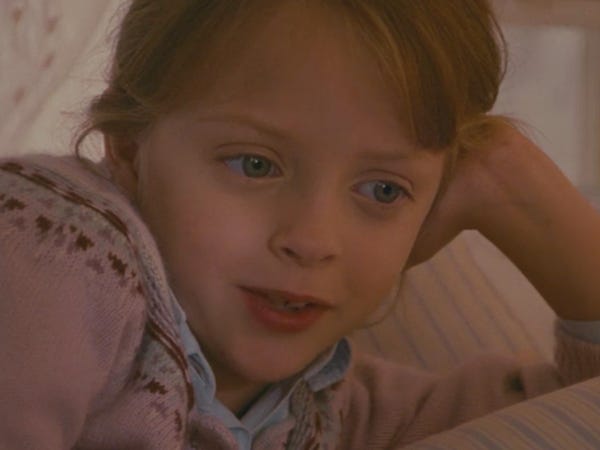 On her Instagram page, Englefield describes herself as a "punk parent in training," and often wears black clothing that shows off her tattoos. In April 2020, Miffy Englefield, now 21, welcomed her first child.

"She has the largest and most loving family with the most ridiculous mix of beautiful people around her," she wrote in an Instagram post. "We cannot wait for you all to meet her once the world begins to return to a more normal state." 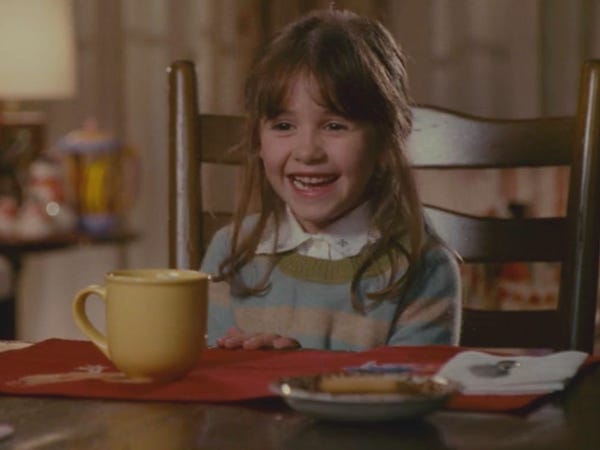 One of Pritchard's character's most notable scenes is the one where she and Sophie beg their father to "do Mr. Napkin Head." Graham hilariously places a napkin and his glasses over his face, much to the delight of his daughters and Amanda.

Her role in "The Holiday" is Pritchard's only acting credit. 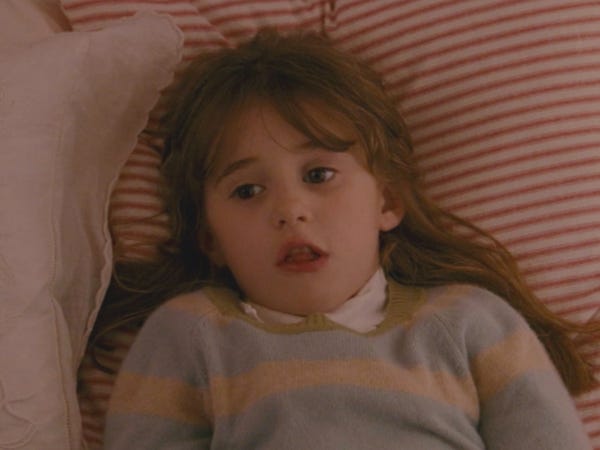 Pritchard has kept a low profile and does not have any public social media accounts.