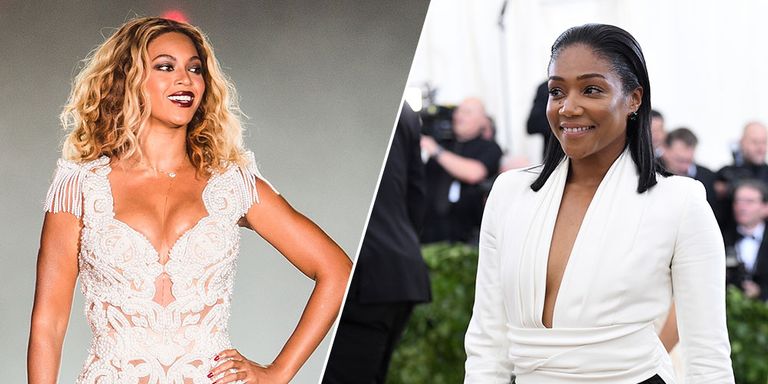 The question of “Who the hell bit Beyoncé?” has plagued the world ever since Tiffany Haddish let it slip in an interview for the April issue of GQ. When the comments hit the internet, people went nuts, and there was speculation that Tiffany’s loose lips may have ended their friendship. She said she and Beyoncé are still on good terms, though.

“We’ve talked since then, and it’s been cool,” the actress told People. “Nobody’s trippin’ except for everybody else.”

The whole thing started back in December when Beyoncé and Tiffany were at a party where another woman allegedly got too close to Jay Z. Beyoncéconfronted the mystery woman, and at first, that’s all Tiffany told the press.

Then, it looked as though Beyoncé shaded Tiffany for being so public about everything in her song “Top Off” with DJ Khaled. In it, she said, “If they’re tryna party with the queen / They gon’ have to sign a non-disclosure.” AND THEN, that’s when Tiffany let it slip (to GQ) that at the party someone had actually bit Beyoncé.

“I didn’t think it was going to blow up like that,” Tiffany told People.

At the time, suspects included Sanaa Lathan, Lena Dunham, Sara Foster and Taraji P. Henson. Tiffany still couldn’t confirm or deny who it was because she did end up signing a nondisclosure agreement about the entire evening.

So it looks like the mystery of who did it still stands, but at least we know all is well in Tiffany and Beyoncé land.