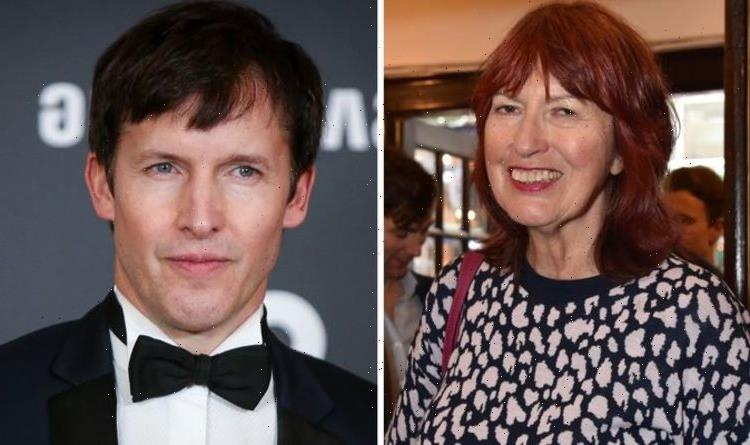 James Blunt was a guest on the ITV show on Tuesday, where he performed his timeless 2004 hit as panellist Janet Street-Porter celebrated her 75th birthday.

Just before taking to the stage, the 47-year-old joked that when he first penned the track, he had the TV presenter on his mind.

“In 17 years I’ve never revealed who this song is for, but now that I’m releasing my greatest hits, I feel it’s time to tell the world,” James said.

“Janet, happy birthday. This song is, and has always been, for you.”

During his performance, James’s backdrop was loaded up with photographs of Janet over the years, which continued to play throughout the song.

In an interview with The Guardian in January 2020, James revealed who his hit song was really written about — and it wasn’t Janet.

The Grammy award-winner recalled bumping into his ex-girlfriend on the London underground, who her new boyfriend accompanied at the time.

James shared that the ex-couple noticed each other, insisting that “our eyes met, but we just walked past each other”.

He returned home and spent close to two minutes composing the verses to You’re Beautiful before flying out to Los Angeles to meet up with his songwriter friend Sacha Skarbek.

While out in California, the pair finished the track together before deciding to include it on his 2004 debut album, Back to Bedlam, which sold over 11 million copies worldwide and became one of the biggest-selling albums the following year.

Elsewhere, on social media, Loose Women fans took to Twitter to share their shock in finding out that Janet had reached quite the milestone, with many saying she looked “terrific” for her age.

“Can actually not believe Janet is 75. I thought maybe 60s but definitely not above 70. Whatever you’re doing, it’s working because you look terrific,” said @Germa5lorenda345.

@jo_est1981 continued: “@loosewomen happy birthday to Janet – I hope I look that good 75 and @JamesBlunt after a bad day at work that face has just cheered me up.”

@kathrynhaugh shared her birthday wishes on the social media app, adding: “Hi Ladies. Happy Birthday to Janet. I love Janet, a one off and straight talking. Have a fabulous Birthday Janet on 27th.

“Same day as my Mum.. Thankyou to all the Loose Ladies you have kept me going this year. Happy and Healthy Christmas to you all.” (sic)

Janet was joined by fellow panellists Charlene White, Jane Moore, and Coleen Nolan for the occasion.

Later in the episode, the co-hosts presented their colleague with a special video tribute from the likes of Holly Willoughby, Lorraine Kelly, Kate Garraway and Phillip Schofield, who wished the mother of two a happy birthday.

“Happy happy birthday Janet, I can’t believe you’re 75. You’re such a trailblazer. I just want to say keep doing what you’re doing. Keep being sassy,” Lorraine gushed in her message.

In a separate clip, Kate offered a sweet tribute of her own, saying: “I cannot believe Janet is 75. Although I can’t really see life without Janet Street-Porter either.”

Holly quipped: “Janet, you won’t want a hug from us but we are giving you a huge virtual birthday hug.”

Janet’s actual birthday is on December 27.