Home » Celebrities » TJ Holmes jokes with Amy Robach on the air about their 'great week' amid affair speculation, plus more news 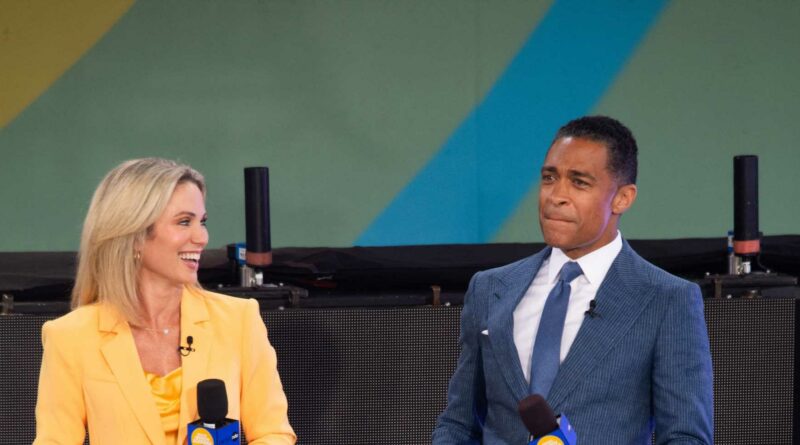 Sometimes all you can do is laugh. That appeared to be T.J. Holmes’ on-air mantra on Friday (Dec. 2), as he and Amy Robach kicked off their “Good Morning America” hour together after a week of headlines about their alleged, months-long secret affair. With no small amount of sarcasm in his voice, T.J. joked to Amy that it was “too bad it’s Friday” because he hoped the week would keep “going and going and going,” according to TMZ. Amy then smiled and suggested he speak for himself. The ABC morning stars are both separated from their spouses, though when the respective splits occurred isn’t clear. According to a People source, the relationship began after Amy and T.J. had both separated from their significant others. But T.J.’s wife, Marilee Fiebig was “blindsided” by news of the affair, according to a Page Six source. On Friday, TMZ cited insider info indicating the stats planned to go public with their romance after Amy’s divorce from Andrew Shue was finalized.

One month after his cousin and fellow Migos rapper Takeoff was shot and killed in Houston, Offset returned to the stage for the first time — and Houston police announced an arrest in connection with Takeoff’s death. Offset’s show kicked off at Miami club E11VEN’s Art Basel shindig on Thursday (Dec. 1). “We’re doing this for my brother, for Takeoff,” the rapper told the crowd as the late-night set got underway, according to Rolling Stone. Cardi B, was spotted at her husband’s side during the party and later supported him during his set from a VIP booth. At a press conference in Houston on Friday afternoon, meanwhile, Houston Police Chief Troy Finner said his department has arrested a suspect, Patrick Xavier Clark, 33, and charged him with Takeoff’s murder, CBS reported via livestream. Cameron Isiah Joshua, 22, was previously arrested for illegal possession of a weapon at the event, but prosecutors have said they don’t think he fired the two bullets that killed Takeoff on Nov. 1. At the press conference, officers also reiterated that the Nov. 1 shooting took place outside a private party at a bowling alley in Houston, where an argument had broken out among people involved in a dice game. Takeoff was neither involved in the fight nor was he armed at the time, police said: “He was an innocent bystander.” The rapper was 28.

Turns out Sally Field’s super-romantic kiss scene with Burt Reynolds from the 1976 classic, “Smokey and the Bandit” was memorable for all the wrong reasons — at least for Sally. On the Thursday (Dec. 1) edition of “Watch What Happens Live,” Andy Cohen asked Sally to reveal who was the worst onscreen kisser over the course of her decades-long film career. “Shall I really name names here?” asked Sally, 76. “I think you should,” Andy replied. “OK. This is going to be a shocker. Hold on folks,” she said before dropping the bomb that it was her “Smokey and the Bandit” co-star and real-life, ex-boyfriend, Burt Reynolds. The same man who, by the way, told Vanity Fair just a few years before his death that Sally remained the love of his life. “It was just not something he really did very well,” the actress said of his smooching skills. “I could go into detail, but you don’t want to hear it.” Andy, of course, totally wanted details. Pressed as to whether there was too much “tongue” on Burt’s part, Sally explained that, “Just a lot of drooling was involved.” Sally and Burt met on the set of “Smokey and the Bandit” and reportedly dated off and on from 1976 through 1982, starring in two more movies together along the way. Speaking to Diane Sawyer after Burt died in 2018 at age 82, Sally recalled that after knowing each other for just a few days on-set, their connection “was instantaneous” and the two were “deeply entangled.”

RELATED: Kamala Harris and Montel Williams were an item in 2001, plus more stars we forgot used to date

After nearly six years of singlehood, Drew Barrymore has waded back into the proverbial dating pool, she revealed on her self-titled show on Thursday (Dec. 1). Speaking to guest Whoopi Goldberg, Drew, 47, recalled that she and Whoopi, 67, were “both single” the last time she stopped by the show. Drew asked if the “Sister Act” star is “dating now” (she’s not, per Page Six) then admitted she’s had a change of heart about looking for love. “Because it had been so many years, I started to get a little worried, like I’m too good at being alone,” said Drew, who recently shared a lengthy blog post about the fact that she hasn’t had a romantic relationship since her 2016 divorce. In a subsequent “Drew’s News” podcast, she told listeners she can go “years” without sex, in part because of the apparently prolific (and creative) sex life she had when she was younger. Whoopi, for her part, mused that, “Maybe a hit-and-run is a better way to go, for now, until you say to yourself, ‘Now I really want someone to just be part of this.’ Right now, that may not be what you’re looking for,” she added, “which is probably why you’re doing fine.”

A Los Angeles County judge has ordered a man accused of stalking Rachel Bilson and her family to stay 100 yards away from “The O.C.” alum, her ex, Hayden Chistensen, and their 8-year-old daughter, The Blast reported this week. “There have been many incidents, messages on social media, letters but most alarmingly, there have been multiple attempts to visit, come into my home,” Rachel said in court documents requesting the restraining order. She also detailed the man’s appearance on her property in September, when he allegedly left her a note that said he “wasn’t going anywhere” and he “drove 2,500 miles to get a hug.” He’s also reportedly called various members of Rachel’s family. “He refers to me as ‘baby’ and calls me his ‘future wife’ and indicates that he believes I am pregnant with his child,” she told the court. ‘I have never met him and have absolutely no intention of doing so,” she continued, adding that the man has indicated he believes she’s “p****** him off and making him angry.” Rachel added, “These messages leave me in a state of panic. I am aware that he has a history of violence, ignoring protective orders, and aggravated stalking.” The activity, which dates back at least to 2021, has left the star “extremely concerned” about her physical safety, given the man’s record of mental illness. 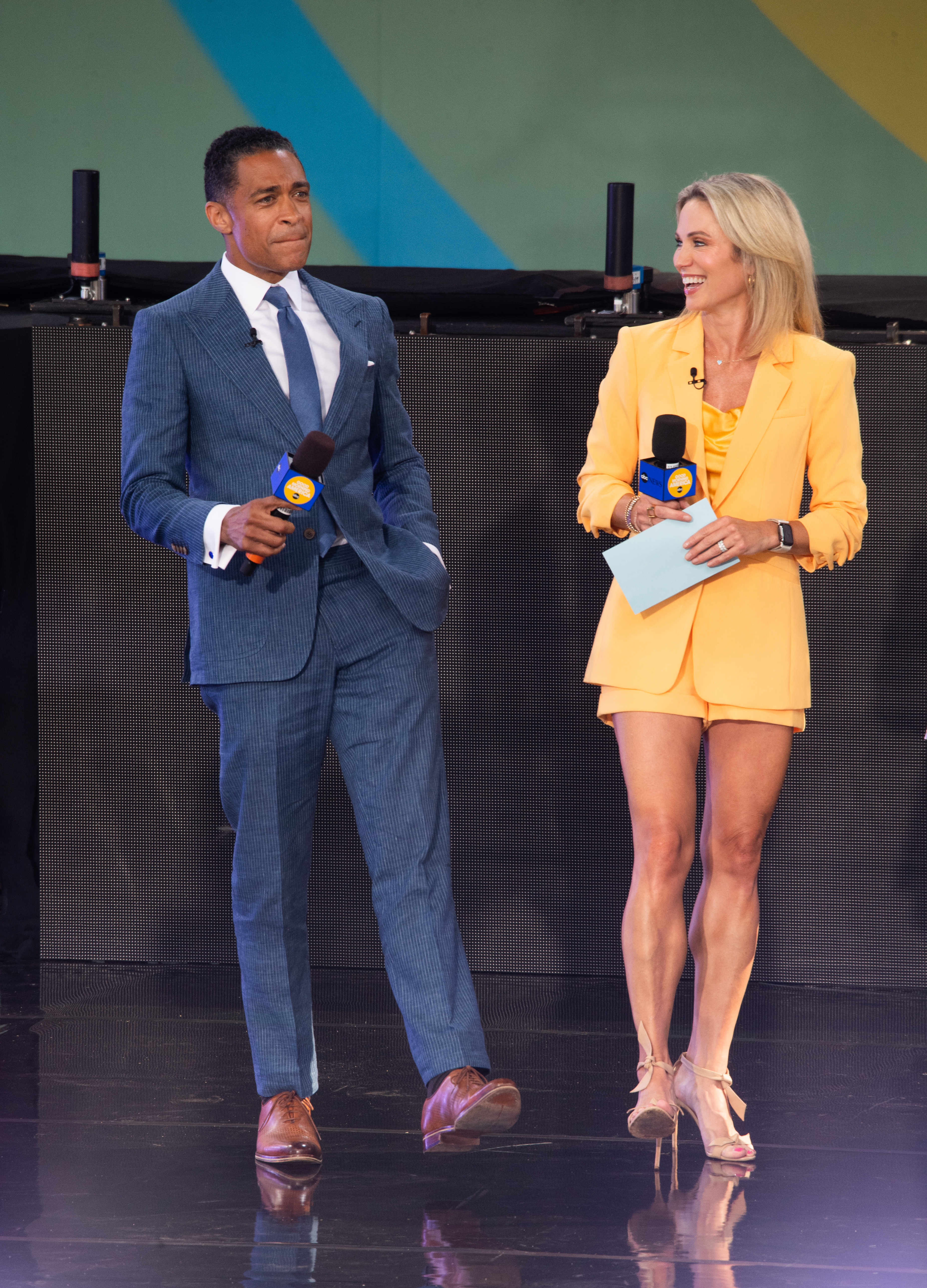 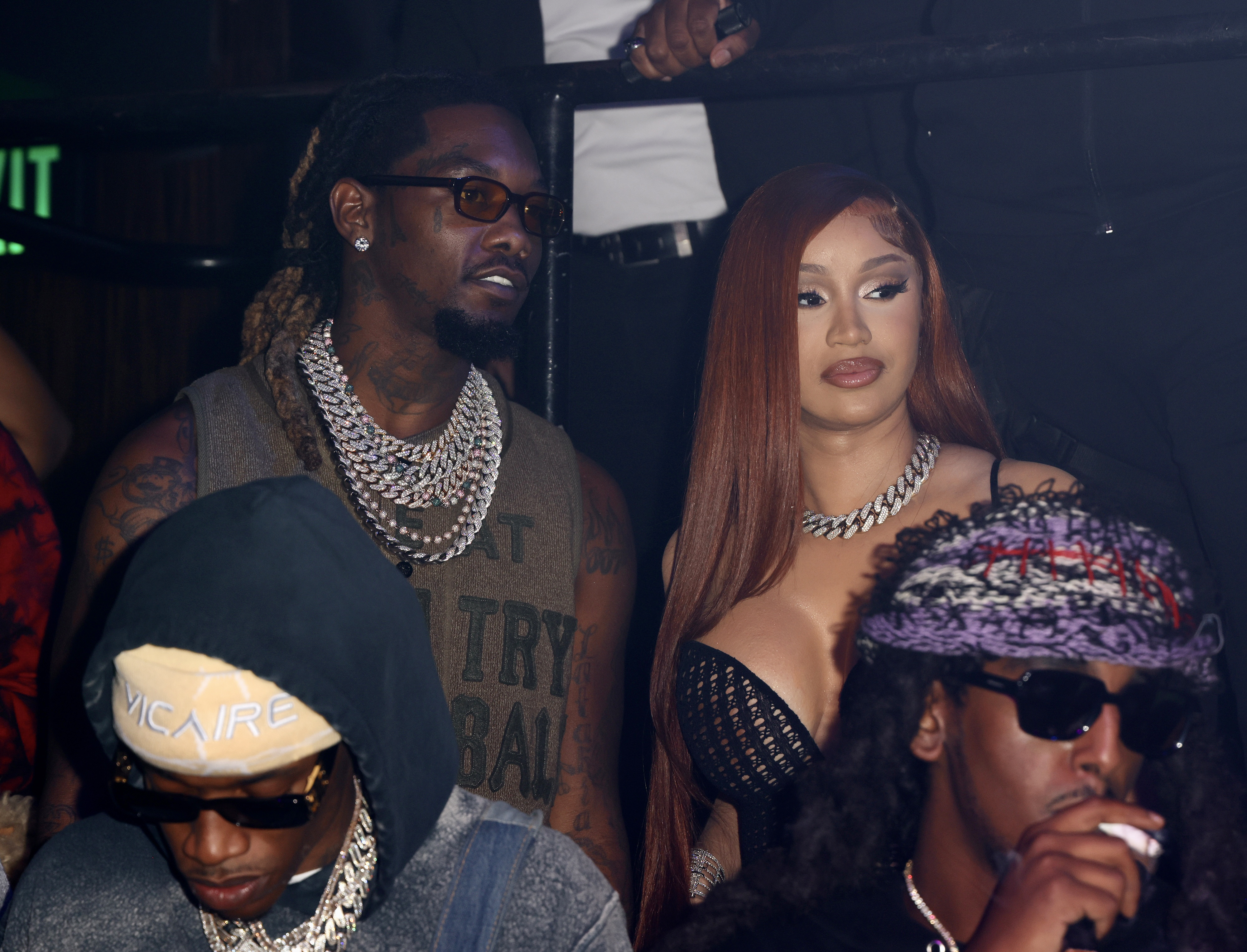 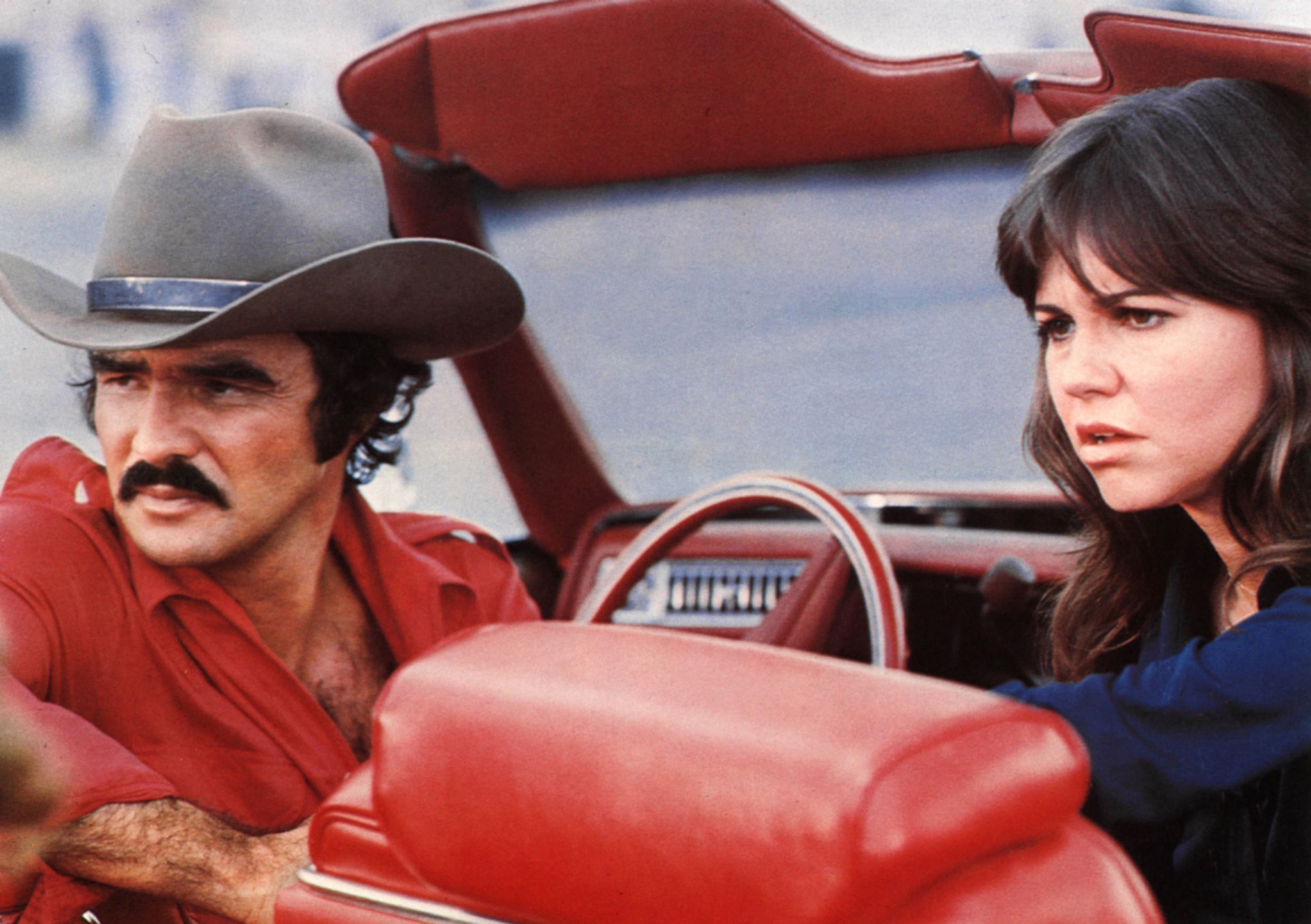 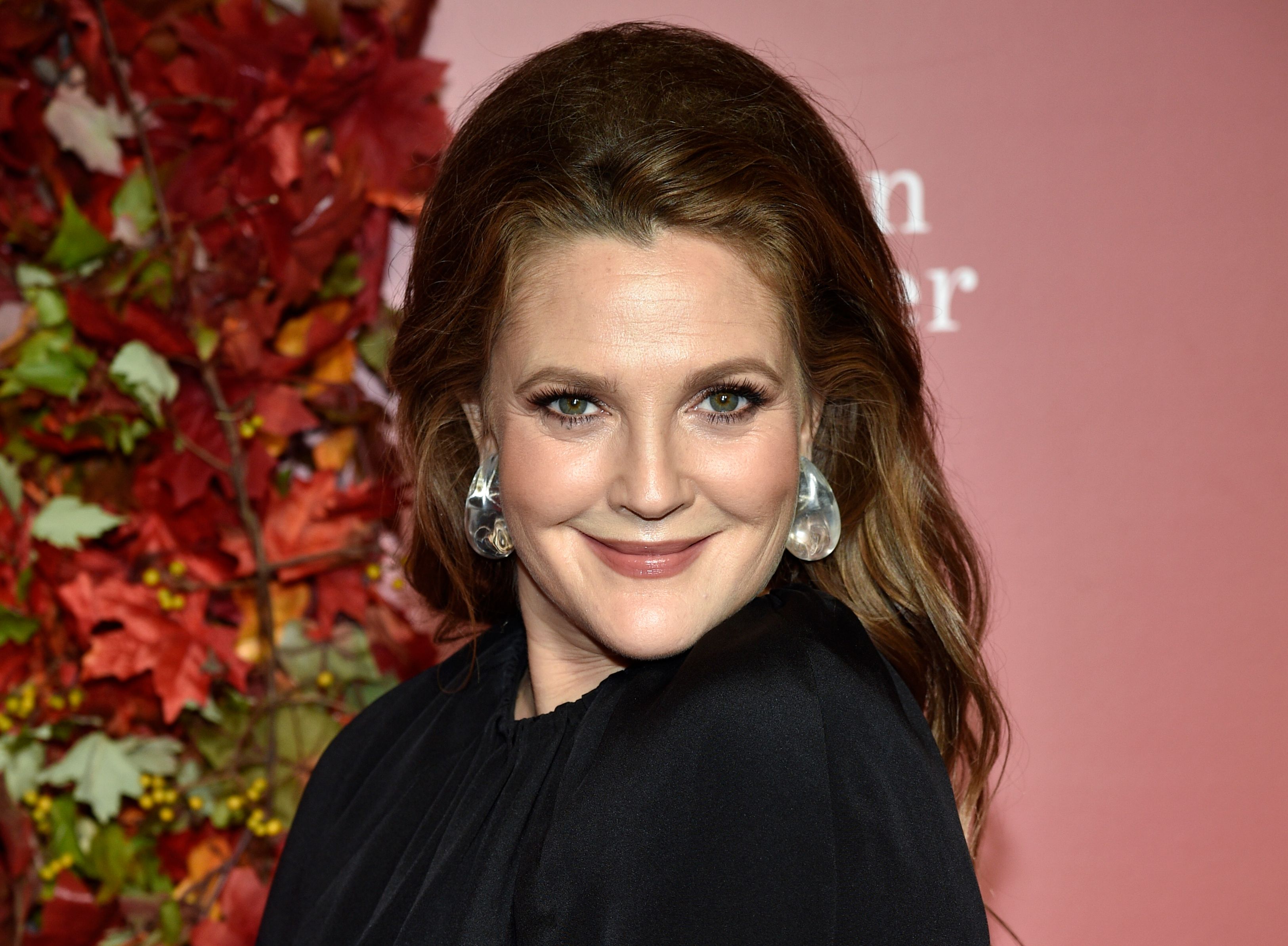 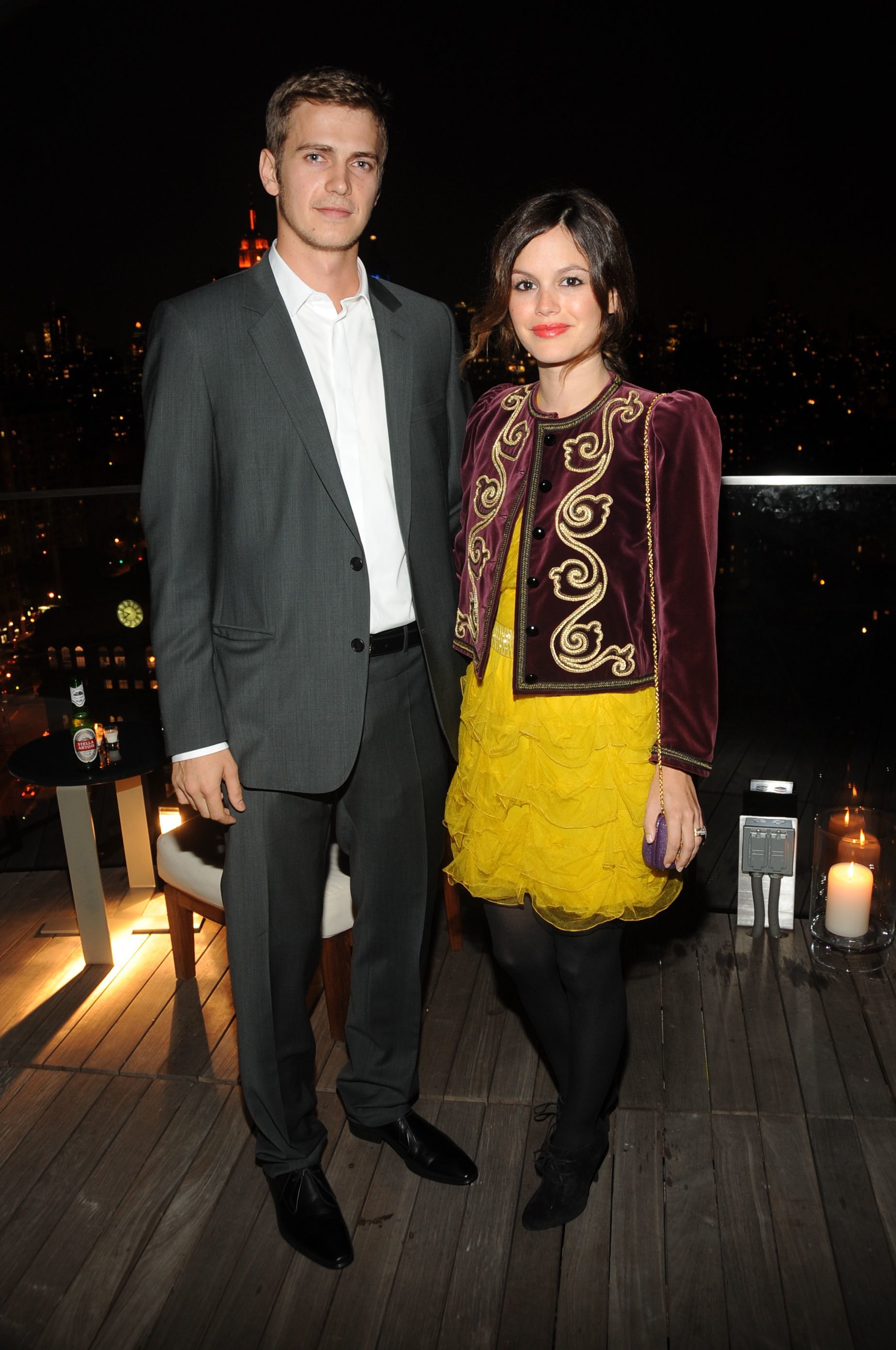 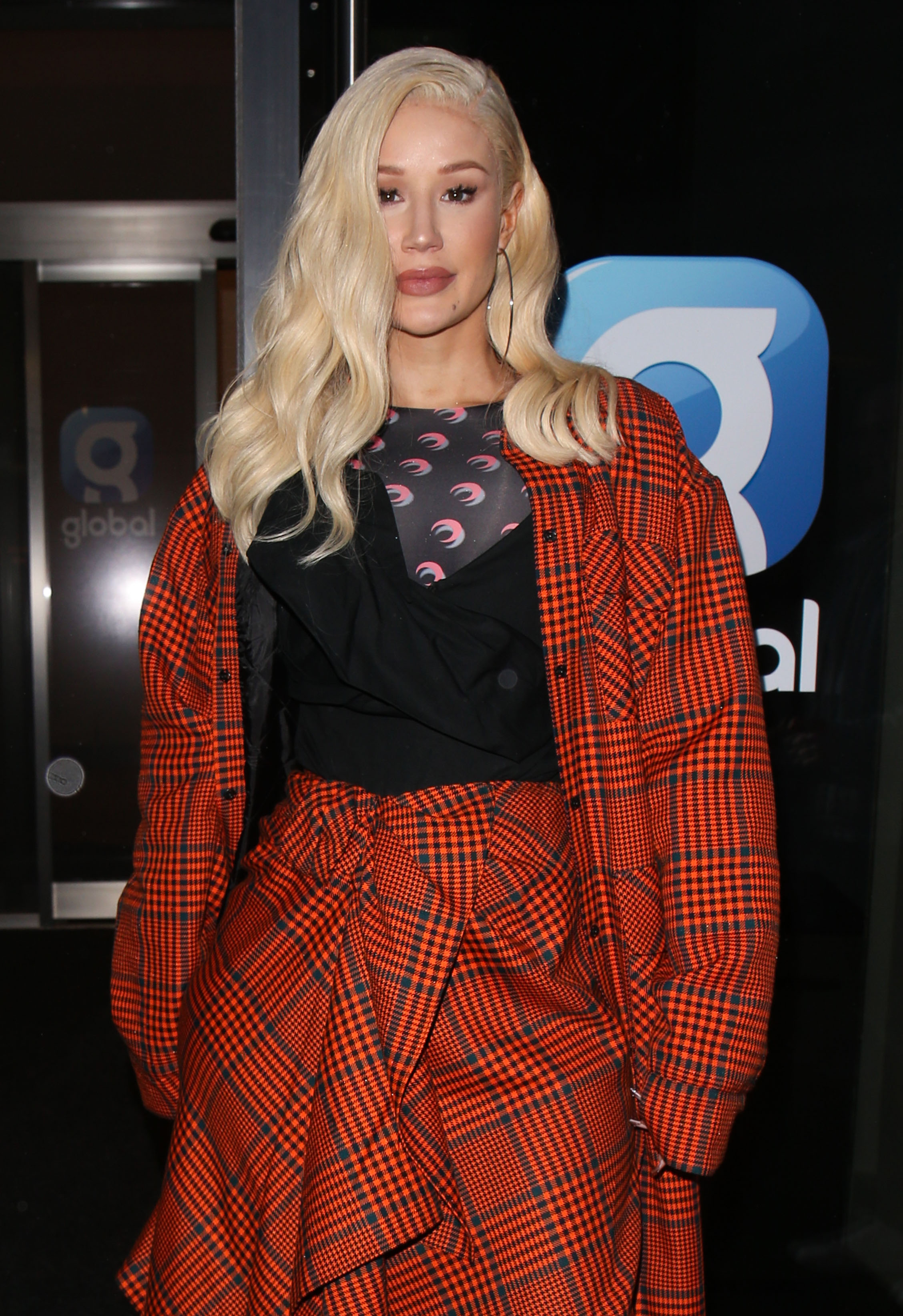