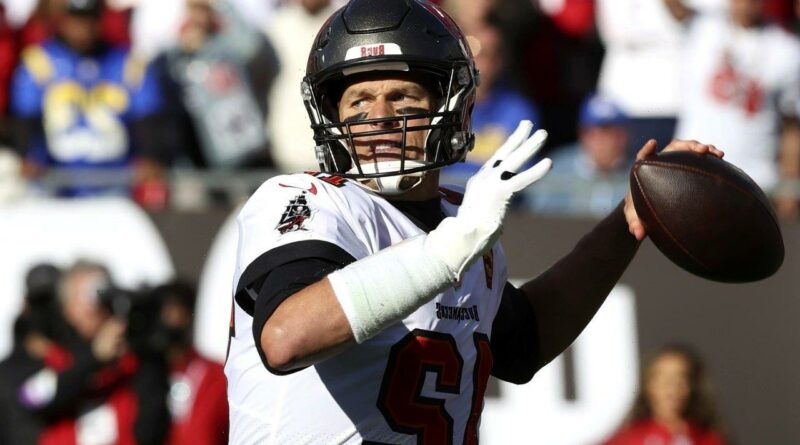 The 45-year-old quarterback says the reason he missed the first two weeks of training camp is ‘all personal’ after debunking rumors of ‘The Masked Singer’ appearance.

AceShowbiz –Tom Brady has rejoined his colleagues after going MIA from the Tampa Bay Buccaneers training camp in the first two weeks. He showed up for the preseason debut in the exhibition final on Saturday, August 27, during which he explained his 11-day absence from the training camp.

The 45-year-old quarterback played one series in the game, which ended with Bucs’ 27-10 loss to the Indianapolis Colts. Following the game, he walked to a podium outside the Bucs locker room and spoke to the press.

“It’s all personal,” Brady said of the reason of his absence. “You know, everyone has got different situations they’re dealing with so we all have really unique challenges to our lives. You know. I’m 45 years old, man. There’s a lot of s**t going on. So you’ve just got to try to figure out life the best you can. You know, it’s a continuous process.”

Brady, who built his career on never taking a practice or a repetition off, feels confident that he doesn’t need a long time to catch up despite missing practice. “I feel good. I’ve played a lot of football in my day,” he said. “A lot of seasons, a lot of games, a lot of practices so I feel pretty good. Doesn’t take me long for me to remember how to play it.”

Brady, indeed, showed good performance for his first game since his absence. He connected on a half-dozen passes, including a 20-yarder down the right sideline to Julio Jones, and led his team to a field goal. “Julio is real easy to have chemistry with,” he said of his teammate’s performance that night. “He’s an elite wide receiver in the NFL.”

Brady’s absence from the Bucs training camp has led to speculation that he might be filming for “The Masked Singer“. He, however, flatly denied the theory, tweeting earlier this month when promoting his upcoming apparel brand, “Wasn’t on the masked singer last week. Was wearing a mask though.”