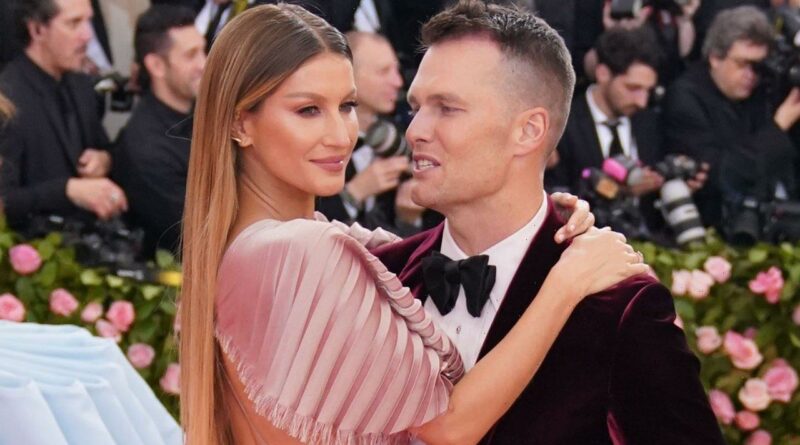 It’s now reported that the Brazilian supermodel ‘has no problem’ with her husband ‘returning to football’ and that there’s ‘no cheating’ involved in their marital woes.

AceShowbiz –Tom Brady and Gisele Bundchen are currently facing complicated problems in their 13-year marriage. If a new report is to be believed, the married couple has “grown apart” amid their serious marital issues.

Page Six reported on Tuesday, September 27 that the seven-time Super Bowl champion and his supermodel wife “have recently struggled to make their marriage work and have grown apart.” A source offered more details, “There is absolutely no accusation of cheating on either side.”

The insider added that the 45-year-old quarterback, who un-retired from the NFL in March, spent most of the summer living separately from the 42-year-old model. The couple vacationed with their children in the Bahamas in July, but the Brazilian beauty then took the kids to their Costa Rica home for three weeks without the footballer.

While it was previously reported that the pair was together during Tom’s shocking 11-day break from the Tampa Bay Buccaneers training camp in August, the source confirmed that the athlete actually took another trip to the Bahamas alone with the kids during that time. “Gisele wasn’t there in August. It was Tom’s time alone with the kids,” the source close to the couple added.

More recently, it’s reported that Tom and Gisele’s marriage problems have “nothing to do with his decision to return to the NFL.” Sources close to the model also dubbed the claims “sexist.”

“The problems are not due to his decision to play football again. Sometimes things are complicated,” the insiders explained to Page Six. “There was never an ultimatum set down for Tom to choose between football or her. Their problems are more about the distance that has been created between them over a longer period of time.”

Amid the rift, Gisele was noticeably absent at Sunday’s Tampa Bay Buccaneers game, the team’s first at home, which Tom had been “hopeful” she would attend. Of the iconic supermodel’s absence, a source told PEOPLE that though she was not there, she “continues to be dedicated to her kids and is working on personal projects.”

While Gisele didn’t attend the game, the couple’s two kids, 9-year-old daughter Vivian Lake and 12-year-old son Benjamin Rein, along with John “Jack” Edward, 15, whom Tom shares with ex Bridget Moynahan, were there.

“Gisele has left Tom in the past during arguments but always returned once things cooled down. They are talking, but mostly about the kids at the moment,” an insider said of the married couple’s rift. “But Tom hopes they will reconcile.”