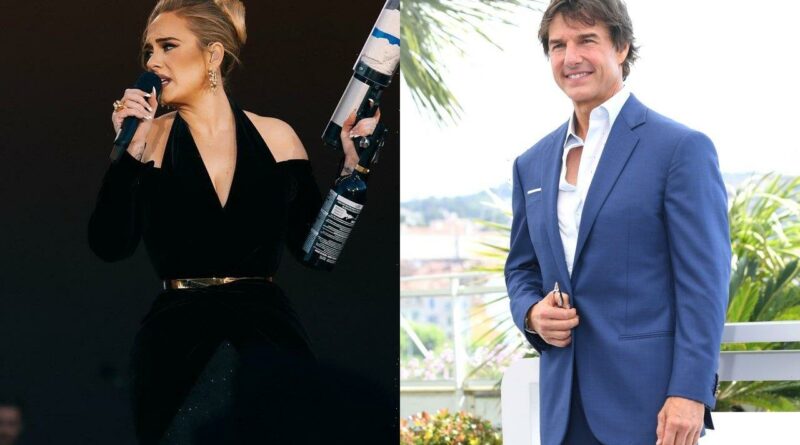 The ‘Top Gun: Maverick’ star is also reportedly blowing the candle out on a strawberry-smothered Victoria sponge at the backstage of the Hyde Park Festival with VIP suite staff singing ‘Happy Birthday’ to him.

VIP suite staff sang “Happy Birthday” to the Hollywood star backstage as he blew the candle out on a strawberry-smothered Victoria sponge. He was also spotted at the British Grand Prix on Sunday, July 3, and was said to be throwing a party for friends at Soho Farmhouse, Oxfordshire. A source said he was seen “bopping along” to Adele’s set list, and singing along to the Grammy-winner’s lyrics.

It came as it was reported his on-off girlfriend and “Mission: Impossible” co-star Hayley Atwell had moved on from their relationship, and was now said to be dating music producer and self-styled pagan Ned Wolfgang Kelly. An onlooker at the Adele show told The Sun, “Tom looked like he had an absolute blast. He was really going for it with his dancing and seemed to know all the words to sing along.”

“After the set finished, staff brought the cake out for him and he couldn’t stop saying thank you. He hugged his favorite hostess as they sang Happy Birthday,” the so-called witness further spilled. “Then he gave a speech about how nice it was for everyone to be able to come together for events again after COVID. And Tom said Adele was phenomenal. He was so upbeat and living his best life.”

It was thought after the gig Tom headed back to his hotel in Knightsbridge, London, to continue his weekend-long celebrations.