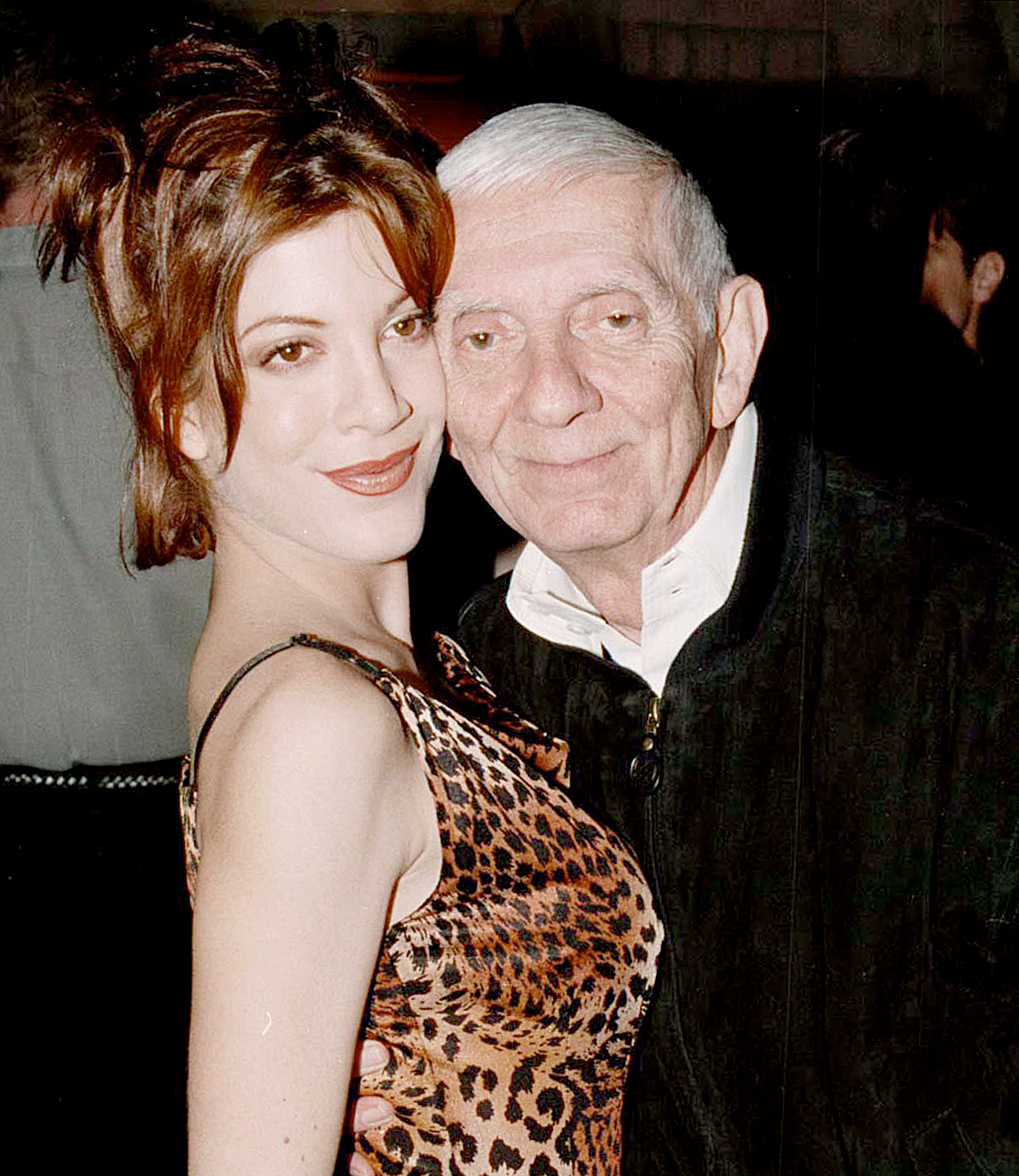 “Today I celebrate my Dad… Although he is no longer with us I would be remiss not to publicly share my birthday wishes to him. He touched so many lives day to day…” the 45-year-old actress began alongside a series of photos of her father through the years on Monday, April 22. “In case you are too young to know my Dad (this IS Instagram after all) let me tell you a little about him … He was an amazingly gifted Producer (known for producing over 200 TV series and TV movies

Aaron died at the age of 83 in June 2006 following compilations from a stroke amid a rumored fallout between Tori and her mother, Candy Spelling. On Monday, the Mystery Girls alum listed The Love Boat, Charlie’s Angels, Fantasy Island, Dynasty, 7th Heaven and Beverly Hills, 90210, which she starred on for ten seasons as Donna Martin, as some of her father’s most memorable projects. 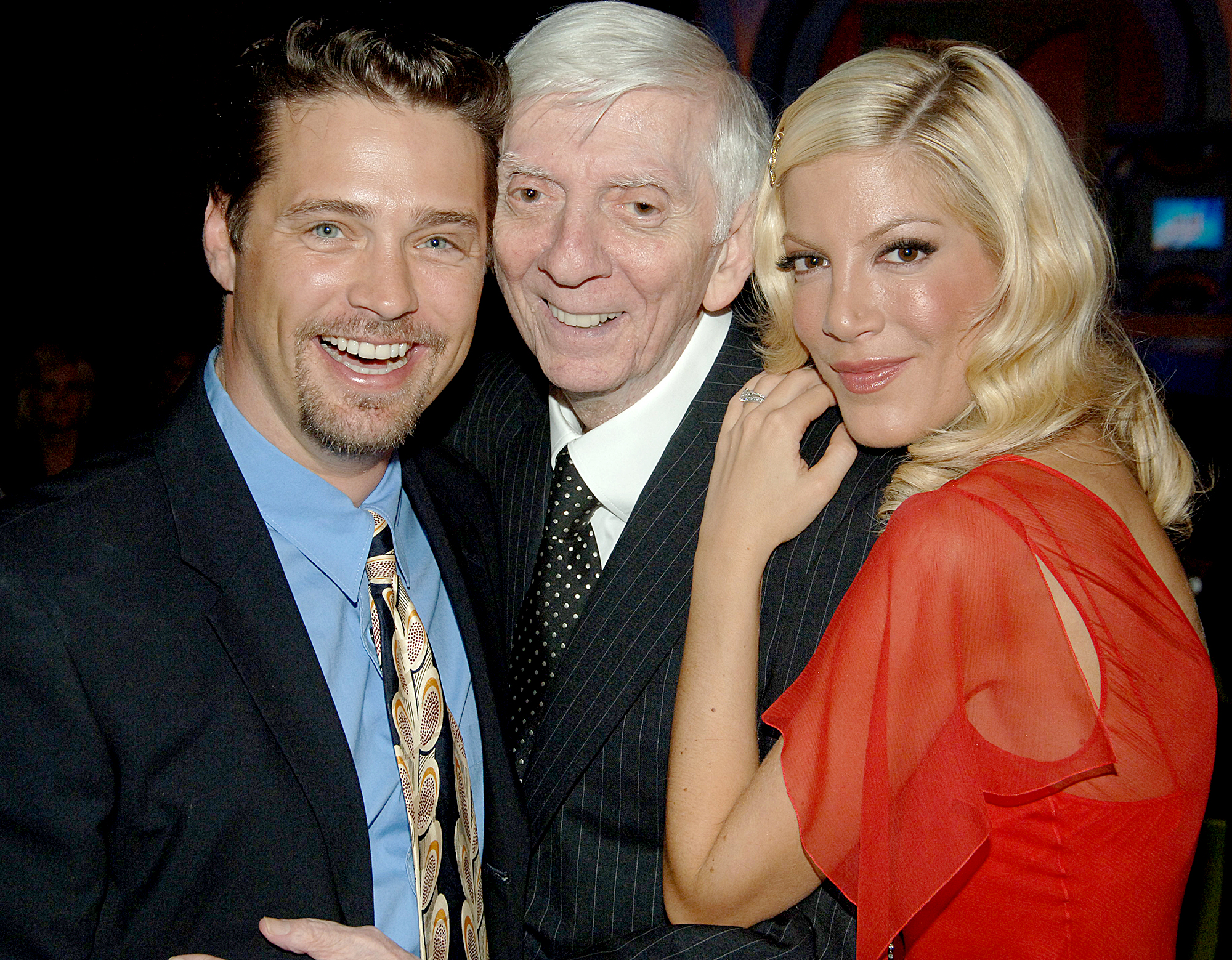 “He created some of the most iconic television shows in history. He just had the gift for pure storytelling and entertaining thru television,” the sTORI Telling author wrote. “His creations became iconic just like him. He was the ultimate underdog that never gave up. … You just ‘got’ people and got what they wanted and needed!”

Tori then seemingly addressed her role as the star and executive producer of the 90210 revival, which will air on FOX this summer and also feature original castmates Jennie Garth, Jason Priestley, Brian Austin Green, Gabrielle Carteris and Ian Ziering. (While Shannen Doherty has yet to sign on, Luke Perry died at the age of 51 after a stroke in March.)

“I am hard at work trying to do what I always told you I would be ‘My Father’s Daughter.’ Working on something I know you’ll be very proud of,” she wrote. “And, whenever there is a moment when I need clarity in creation I always say ‘What would Dad do?’”

Tori also referred to her dad as an “amazing husband, father, friend, doting dog parent” and her “hero.”

“My only regret is that you aren’t here to physically spend time with all of your beautiful grandkids,” she added. “Between your incredible son @randyspelling (who is such a loving father and husband and a true inspiration to everyone he works with and all the lives he touches) and myself we’ve created 7 amazing beings and the big loving families you loved to create on tv

. But, we know you smile from above and watch over them all. Mom @candyspelling would make you so proud. She is so dedicated and hardworking and amazing as a Broadway Producer.”

Tori shares five children with her husband, Dean McDermott: Liam, 12, Stella, 10, Hattie, 7, Finn, 6, and Beau, 2. Her brother, Randy Spelling, is the father of daughters Sage, 7, and Lotus, 6, whom he shares with wife Leah Stutz. Despite past drama, a source told Us Weekly in October 2018 that Tori is now “very close” to her mother.

On Monday, Tori concluded: “I

you and miss you everyday. Toto xoxo.”