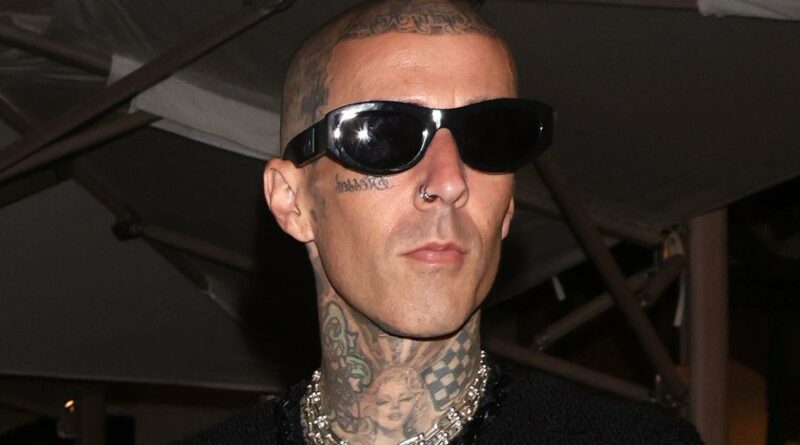 Travis Barker has been rushed to hospital after cryptically tweeting “God save me”.

The Blink-182 star and husband of Kourtney Kardashian was spotted on a gurney as he was lifted from an ambulance and wheeled inside Los Angeles-based hospital Cedars Sinai Medical Center.

Kourtney, 43, was by the drummer’s side as Travis, 46, entered the establishment to seek medical attention.

It’s unclear what he was in for, but his daughter, Alabama, 16, took to Instagram to ask people to “send your prayers”.

According to TMZ, Travis was first taken to West Hills Hospital and Medical Center on Tuesday morning, 28 June, but due to needing additional care, was then carted off to Cedars-Sinai.

In regards to Travis’ tweet, some have questioned if it was in relation to his health scare, or whether he was simply referring to one of his tracks with good friend Machine Gun Kelly, which was released earlier this year.

The drummer’s hospital dash comes just weeks after tying the knot with Kourtney in a lavish ceremony in Italy.

The big day was the couple’s third time down the aisle as they also appeared to wed in Las Vegas, as well as having a legal ceremony at a Santa Barbara courthouse.

As the couple appears to be going from strength to strength, Kourtney’s ex Scott Disick, and the father of her kids, is apparently finding her new marriage “difficult”.

A source told ET: "Scott has been having a hard time with Kourtney and Travis' marriage, but he is doing as well as he can be.

"He has mixed feelings because he loves Kourtney, but he also knows she is very happy."

The insider added that Scott "has a lot of regrets about how he treated Kourtney during their relationship".

The source continued: "Scott is sad that he isn’t as close with Kourtney or her family as he once was. He misses them all and wants to be included in things.

"Scott still has a good relationship with the family overall, but it's a little different now. Kris is still like a mom to him and he loves her like his mom. He’s also still very close with Khloe."