“We placed a warning on a Tweet from @realDonaldTrump for making a potentially misleading claim about an election,” Twitter says 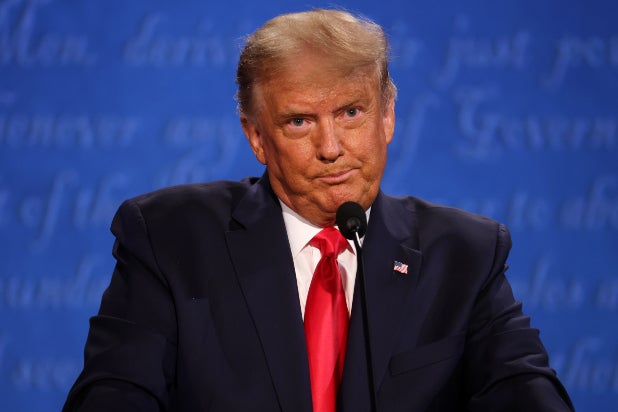 “We are up BIG, but they are trying to STEAL the Election. We will never let them do it. Votes cannot be cast after the Polls are closed!” Trump tweeted and posted on Facebook.

Shortly after, Twitter prevented users from replying, liking or directly retweeting the tweet, but users can still quote retweet Trump’s message with additional commentary. Twitter also attached a label reading, “Some or all of the content shared in this Tweet is disputed and might be misleading about an election or other civic process,” while also directing users to a resource on “US 2020 election security efforts.”

“We placed a warning on a Tweet from @realDonaldTrump for making a potentially misleading claim about an election. This action is in line with our Civic Integrity Policy,” the Twitter Safety account explained, pointing to its policy that says Twitter will “label and reduce the visibility of Tweets containing false or misleading information about civic processes in order to provide additional context.”