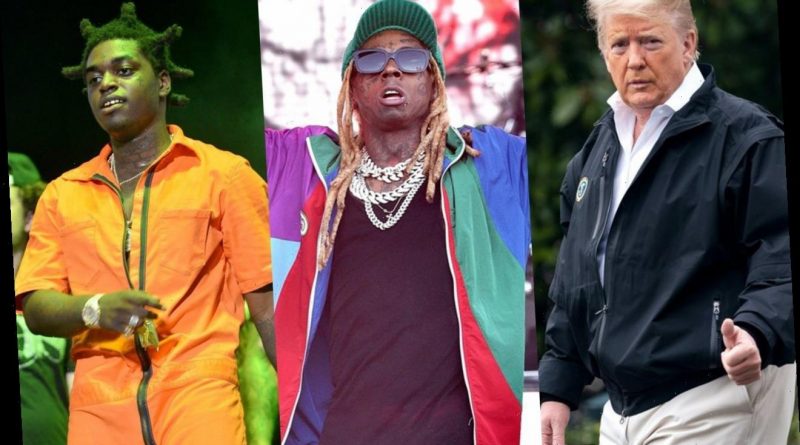 The outgoing president is said to be preparing a list of individuals he’s hoping to pardon, which includes some aides and family members, in his final days in office.

AceShowbiz –Donald Trump wants to keep a clean slate after he leaves the office. Words are the president is considering a self-pardon as he has been preparing a list of individuals he’s hoping to pardon in his final days of administration.

According to sources familiar with the discussions, Trump has suggested to his advisers that he would like to pardon himself alongside a number of senior White House officials, family members and prominent rappers.

It’s noted that Trump’s discussions to grant himself a pardon happened in recent weeks, prior to the riot on Capitol Hill on Wednesday, January 6. Following the riot, Trump’s White House Counsel, Pat Cipollone, advised the president that he could face legal jeopardy for encouraging his supporters to storm the Capitol building, according to sources familiar with their discussions.

However, it’s unclear if the issue of self-pardon has been discussed again between the president and his advisers after the violent protest by his supporters on Wednesday. He is expected to announce his final decisions regarding his last set of pardons on January 19, his final full day in office.

While it’s a matter of dispute if Trump has the authority to pardon himself, the 45th POTUS has long believed he has the power to pardon himself. In 2018, the president tweeted he had the “absolute right.”

Other names being considered in the pardon list reportedly include Lil Wayne and Kodak Black. Tunechi, who is facing a federal fire arms charge stemming from an incident in December 2019, has previously shown his support for Trump during the 74-year-old re-election campaign.

As for Kodak, he has made a public plea to Trump for a pardon as he’s currently serving his sentence of 46 months in jail for unlawful possession of marijuana and criminal possession of a firearm. In November 2020, he vowed that he would donate $1 million to charity if Trump grants him a pardon.