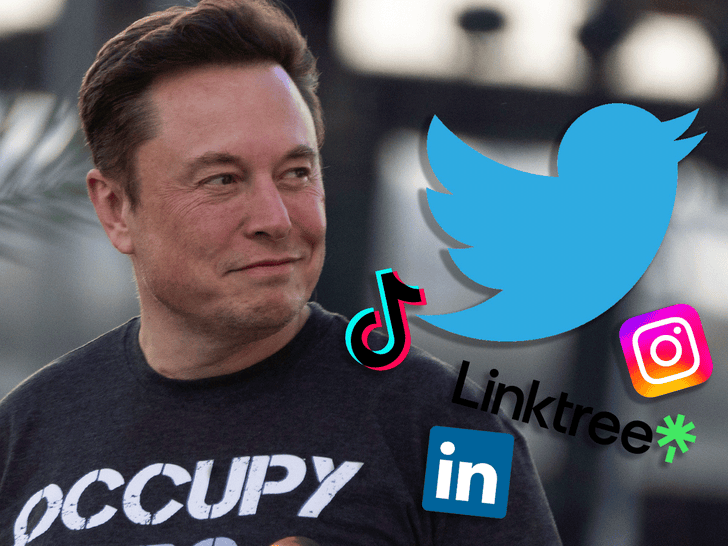 New rule alert at Twitter — Elon Musk apparently wants to keep the bird app exclusive, so he’s banning the promotion of any other social media accounts … including via Linktree.

They add, “Specifically, we will remove accounts created solely for the purpose of promoting other social platforms and content that contains links or usernames for the following platforms: Facebook, Instagram, Mastodon, Truth Social, Tribel, Nostr and Post.”

Several users have already gotten into the weeds of Twitter’s new policy, and they appear to confirm this will apply to Linktree URLs — which allow people to go and find someone’s entire social media presence, among other useful links. Content creators use Linktree quite often.

Twitter also says that phrases like “Follow me on XXXX” will likely get someone banned as well. This has been happening a lot lately under the new Musk regime — folks have been touting their Mastadon accounts, and others, as prominent users have migrated over.

It’s just the latest crackdown on Elon’s watch. Remember, he’s been suspending journos who cover/criticize him … handing down bans and reversals of those bans on the drop of a dime.