This post contains spoilers for 13 Reasons Why Season 2. Tyler on 13 Reasons Why went through an emotional whirlwind in Season 2 while finding a group of new friends who willingly accepted him but also becoming the target of intense bullying at Liberty High. The bullying, some of which stemmed from his court testimony about Hannah, culminated in one of the series’ most intense, graphic scenes. Monty confronted Tyler in the school bathroom and sexually assaulted him with a mop, spurning understandable controversy among fans online. Tyler from 13 Reasons Why responded to his controversial assault scene in Season 2, and he thinks including the graphic encounter was crucial for the show’s message.

Speaking to Entertainment Tonight, Devid Druid, who plays Tyler, opened up about the graphic scene, defending it for its portrayal of an often underrepresented topic. He told ET: 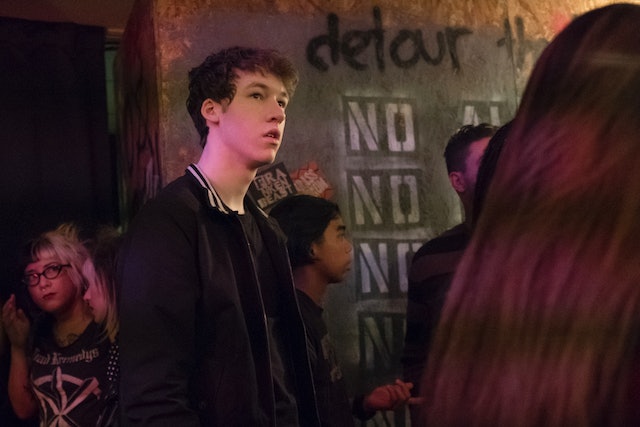 Despite many fans criticizing Monty’s assault as the show taking its story a step too far, others have applauded it for bringing the topic of sexual assault of men to the forefront. Druid particularly saw the scene as a chance to address the world’s current view of masculinity, telling ET:

On the show, Monty’s assault of Tyler contributed to the latter wanting to start a mass shooting at the school dance. After Tyler texted Mackenzie about his dangerous plans, she told Clay about his intentions, leading to Clay ultimately disarming Tyler before he caused any harm.

The second season ended with Tony whisking Tyler away to an unknown location. One fan theory suggests that Season 3’s narration will stem from police interrogation about Tyler’s whereabouts, but new episodes also ought to address Tyler’s emotional aftermath following his assault.

As for Monty’s role in the assault, actor Timothy Granaderos recently spoke to Elite Daily about his own thoughts on the intense scene, saying:

Season 2 also didn’t clarify whether Monty would receive punishment for threatening students about to testify in the Bakers’ case. We can certainly expect his role to grow in Season 3, covering any possible punishments and whether his role in harming Tyler is publicized.

Both Granaderos and Druid seem to be well-educated advocates for the importance of showing these difficult, true-to-life scenarios onscreen. Season 3 of 13 Reasons Why will debut on Netflix in 2019.