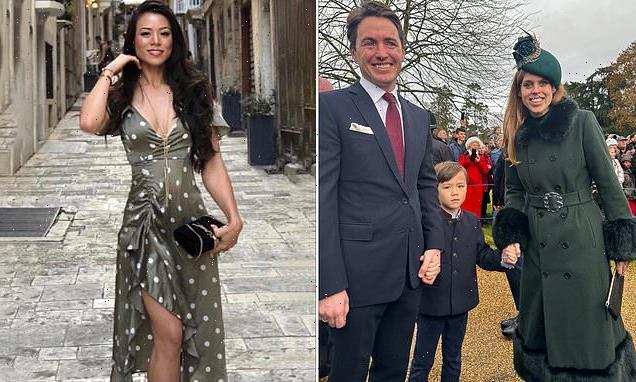 EDEN CONFIDENTIAL: Britain beats gun-mad US as a place to grow up in, says mother of Beatrice’s stepson

Her son has been welcomed so warmly into the Royal Family that he joined the King and Queen on their walk to church at Sandringham on Christmas Day.

And now architect Dara Huang has voiced her gratitude that Christopher Woolf Mapelli Mozzi, or ‘Wolfie’ as he’s known, is being educated in this country rather than her native America.

She fears that the six-year-old could have become yet another victim of a school shooting in the USA.

‘I’m glad my son doesn’t go to school in the USA,’ Dara declares online. ‘I can sleep at night knowing he won’t die at his desk tomorrow morning.’ 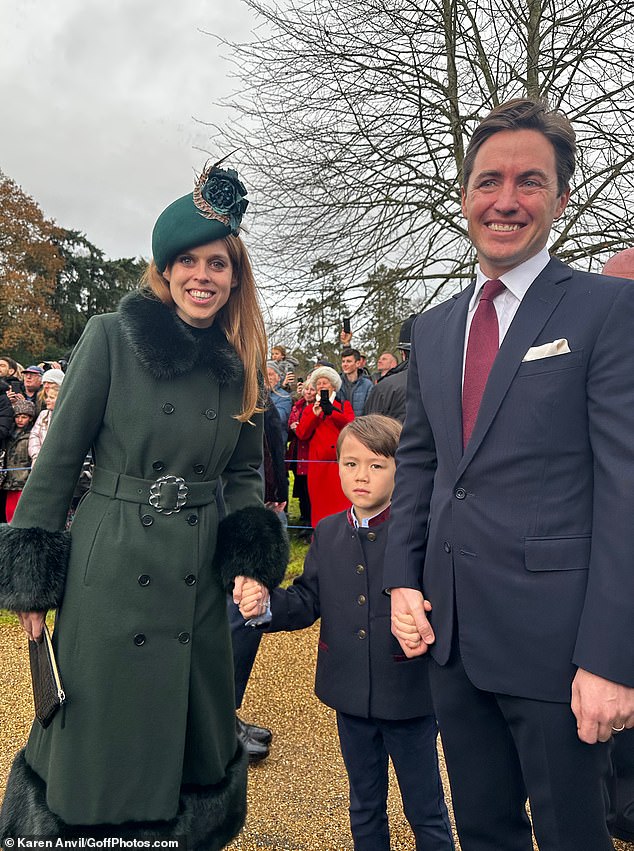 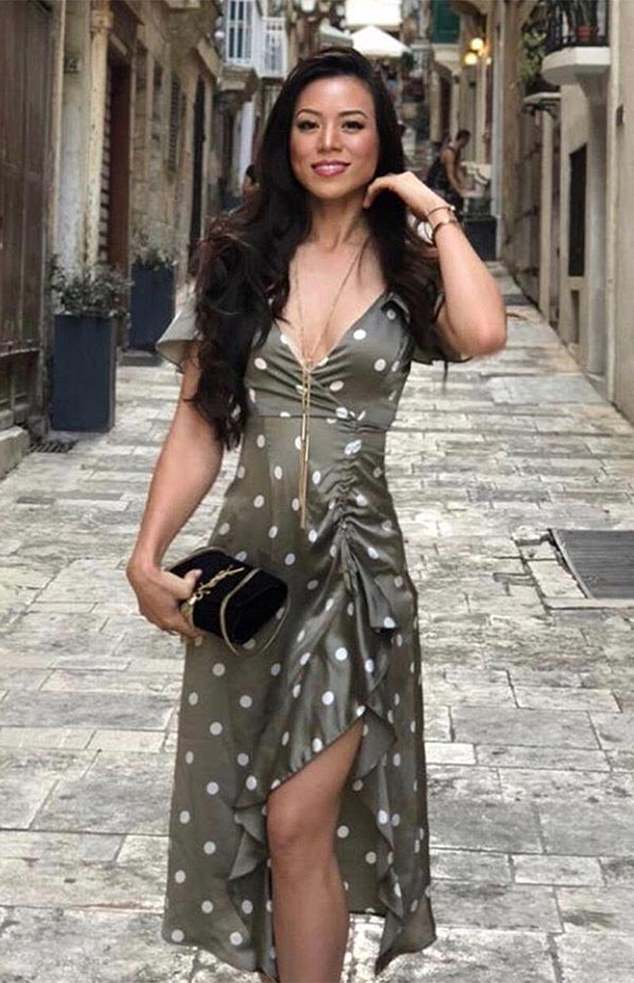 Architect Dara Huang (pictured), 39 has voiced her gratitude that her son Christopher Woolf Mapelli Mozzi, or ‘Wolfie’ as he’s known, is being educated in this country rather than her native America

There have been more than 600 mass shootings in the US so far this year and at least 1,500 children killed in gun-related incidents.

Miss Huang, 39, who was engaged to interior designer Edoardo Mapelli Mozzi, 39, before he married the King’s niece Princess Beatrice, 34, was born and grew up in America, to where her maternal grandfather had emigrated from Taiwan. She was granted British citizenship earlier this year.

The architect, who was recently featured in Channel 4’s property programme Britain’s Most Expensive Houses, made the comments after returning to the US for Christmas while Wolfie was at the King’s Norfolk retreat with his father and stepmother.

‘Not to get all political here, but I went to a sports store in the US to buy tennis shoes today and couldn’t help but notice this huge gun section – post Xmas sale,’ Dara says.

‘So I walked up to the man and said, ‘What do I need to buy a gun home? Do I need a licence?’ And he said, ‘No, you can buy one right now and either take it in two days or take a $50 two-hour ‘conceal and carry course’ and bring it home right now.’ And I said, ‘OK, so no licence needed, medical records, history of felony?’ And he said, ‘Nope. You can keep it in your car or home, as you see fit.’ ‘

She adds: ‘Literally anybody can buy the most dangerous weapon known to man.’ 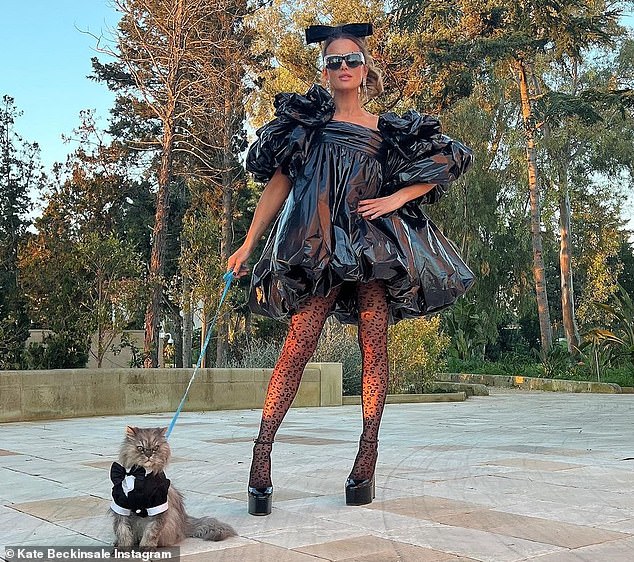 Hollywood star Kate Beckinsale knows how to make a fashion statement — even if it’s a ‘rubbish’ one.

The daughter of late Porridge actor Richard Beckinsale sported a black puffball dress — which appears to have been made from dustbin liners — for a Christmas feast with friends in Puglia, Italy.

Joining the Pearl Harbor actress, 49, was her cat Clive, whom she walked on a lead, and was more appropriately dressed in a tuxedo.

Suggesting her outfit resembles a grow-bag, Kate jokes: ‘On our way to lunch, I was able to be quietly growing eight lettuces and a courgette in my dress.’

Elizabeth II was said to enjoy watching crime series Line Of Duty, but her daughter-in-law prefers another hit BBC drama.

‘I met Charles and Camilla at Clarence House [and] Camilla wanted to talk about Judge John Deed,’ Jenny Seagrove tells me.

‘She was a fan of it.’ Seagrove starred as barrister Jo Mills QC, opposite Martin Shaw in the title role. 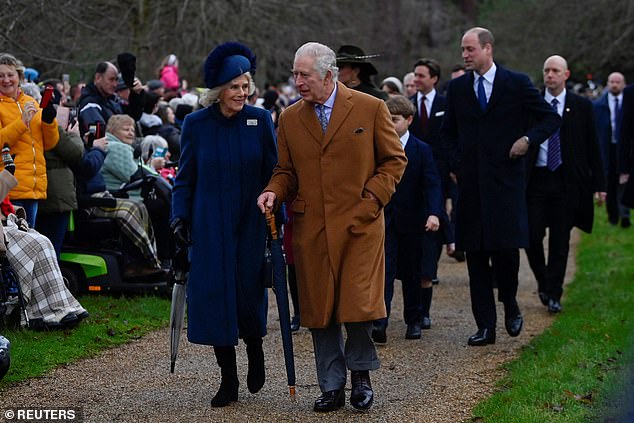 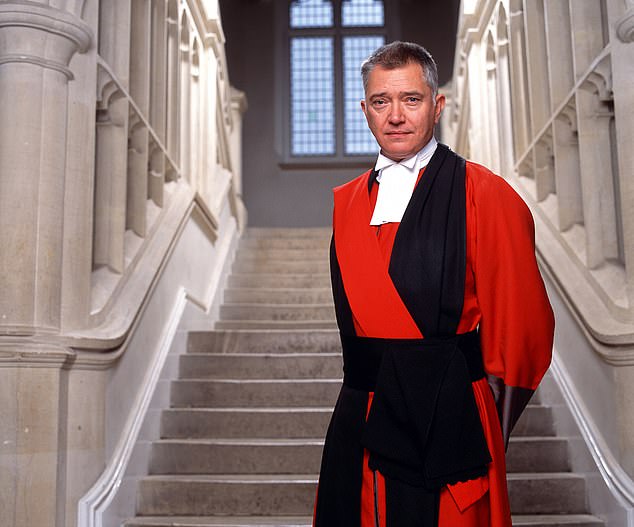 ‘The Queen Consort loves Judge John Deed. But I think she probably loves a lot of things because she’s great fun.’

The actress, 65, adds of the much-missed series, which ran for six years until 2007: ‘It dealt with interesting topics, like MMR jabs and mobile phone masts. We had great fun making it. I’d love it to return, as would a lot of the public, but I don’t think it will because the BBC doesn’t want it.’

Now, the Gavin And Stacey star will return to Britain to make it up to his wife, Julia Carey, and their children for putting his career first.

I hear that the actor, 33, who has held viewers spellbound since being cast in Harry Potter And The Philosopher’s Stone at the age of 12, has amassed more than £90 million in the business he uses to channel his on-screen earnings, Gilmore Jacobs.

Accounts filed last Friday disclose that it made a profit of £2.2 million in the year to March, taking accumulated earnings held in his company to £91.4 million.

There are no pay disclosures. His company funds are held in a combination of investments and property, with £44.5 million comprising ‘listed investments held at fair value based on the quoted market values at the balance sheet date’.

Cash at £8.8 million is also reported on the balance sheet. 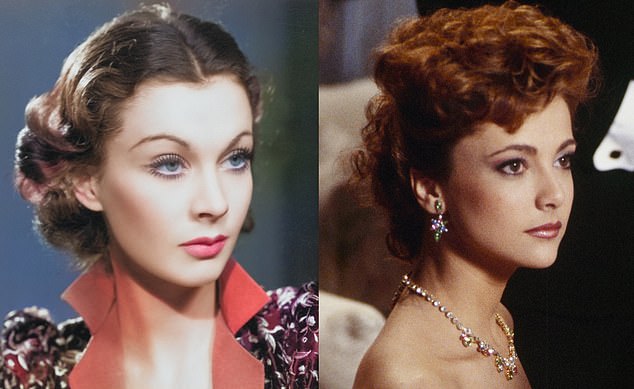 ‘Watching Battle Of Britain for the 397th time, and my wife tells me Sir Laurence Olivier once told her she reminded him of his ex-wife Vivien Leigh,’ McCoy tells his social media followers. ‘Wow!’

To prove his point, he posted photographs of Dynasty star Samms, 62, and Gone With The Wind star Leigh, who died in 1967 aged 53.

Does that make McCoy Clark Gable?

Countess Bathurst has alarmed her husband with a festive declaration. ‘I’ve decided to bike from John o’Groats to Land’s End,’ says the chatelaine of Cirencester Park in Gloucestershire.

‘My darling husband thinks I’m nuts, and perhaps I am — but once I set my mind to something, it usually happens.’

She concedes of the charity challenge: ‘It will be on an electric bike, but I’ll be turning 58 on the journey, and I’m not the fittest.’