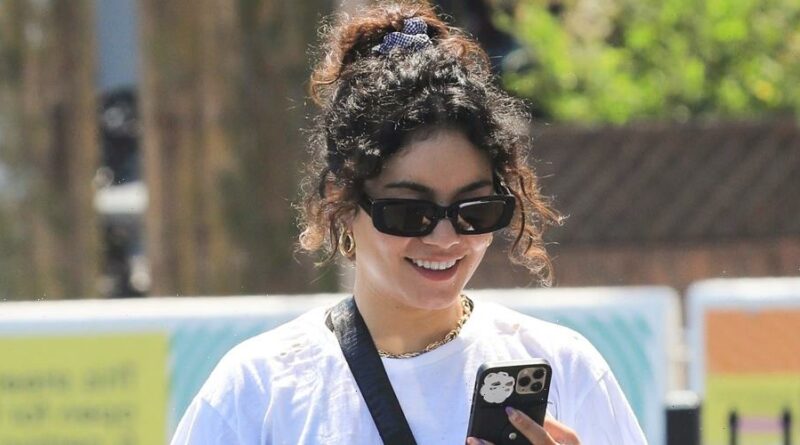 Vanessa Hudgens can’t wipe the smile from her face while out and about in Los Angeles over the weekend.

The 31-year-old actress, who was seen out with BFF GG Magree, was seen in four different looks as she headed to a few different workout classes.

There were two very vibrant looks, along with a classic black and white one, and one with red patterned shorts. Which one is your fave?

In a recent interview, it was revealed that Vanessa was the only person to know the name of Ashley Tisdale‘s newborn daughter before her birth.

“It was so cool,” Ashley told Access about Vanessa meeting Jupiter two months after her birth. “She just fell in love with Vanessa. I think she just knew how important she was to me because she reached out her arms to her.”