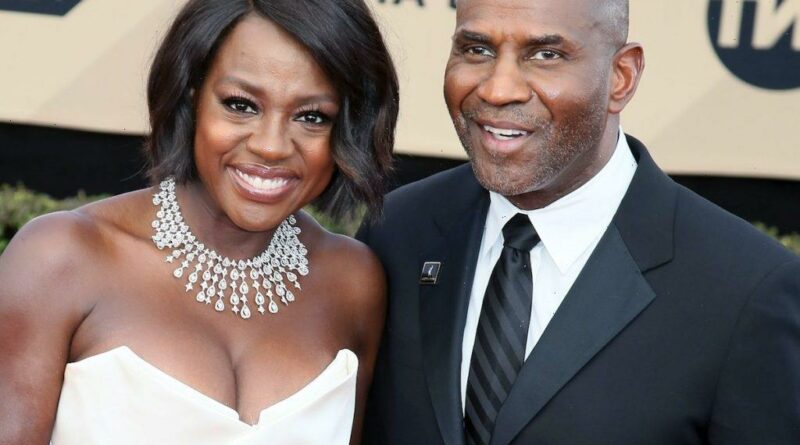 Viola Davis and her husband, Julius Tennon, have been together through it all. The Oscar winner has been with her fellow actor husband for almost 20 years. And they couldn’t look happier together in their public appearances and Davis’ social media posts. So, how did Davis and Tennon meet? Well, she basically manifested him.

Who is Viola Davis’ husband?

Davis and Tennon have been married since 2003. The Emmy winner, 55, and Tennon, 67, are parents to 10-year-old Genesis Tennon. Tennon also has a daughter and son from a previous marriage.

Like Davis, Tennon is an actor and former college football player. His work can be seen in Dazed and Confused, the Friday Night Lights movie, Fame, and more. He also appeared in Get on Up and Won’t Back Down, in which Davis starred. And he played Desmond in an episode of How To Get Away With Murder.

Tennon is also an experienced stage actor, and he and Davis are producers through their production company, JuVee Productions.

How did Viola Davis and Julius Tennon meet?

The story of how Davis and Tennon met is pure kismet. The star told Page Six in 2013 their meeting came at just the right time. She was feeling lonesome when a friend gave her some simple advice.

“I was the loneliest woman in the world,” she said. “And someone said, ‘You should just pray for a husband.’”

And pray, she did. She knew exactly what to ask for, and once she put her desires out into the universe, they came back to her almost immediately. Davis said:

“I said I wanted a big Black man from the South who looked like a football player, who already had children, who maybe had been married before. 3 1/2 weeks later I met my husband.”

In an interview for Oprah Winfrey’s Black Love, the couple shared more details about the day they met. Based on their comments, it seems their first meeting was on a set in Los Angeles. He said:

“I just overheard her talking to a girl in front of us, saying, ‘I don’t like L.A., I don’t know anybody here.’ She was kind of complaining. I was dating a girl who was a little bit of a monster and I was kind of like, ‘Oh, wow. She seems like a nice lady. She doesn’t know anybody. I’m kind of ready to meet somebody else. So, at the end of the day I gave her my card.”

“And he had his shirt on,” Davis piped in. “That was a big deal. A lot of actors had their shirts off.”

Even though she was interested in him, Davis didn’t do anything with his number for a month. She said:

“I didn’t call because I had bad credit. I was struggling with driving in L.A. And finally, everyone said, ‘You gotta call him.’ And I said, ‘You know what? I’m gonna call him.’ And after our first date—I always tell people—after my first date with Julius, my life got better. Every way. Anxiety went away. Fear went away. He just made my life better.”

In another part of the interview, Davis shared the wisdom she’s learned in her nearly two decades of marriage. She said:

“People don’t always marry the every day. They marry the kind of now, kind of wow. And then, it gets to the every single day. The going to bed, the waking up, getting the groceries, taking out the garbage, and loving each other through that.

I remember telling a friend of mine who was about to get married, I said, ‘Your marriage doesn’t start when you say, ‘I do.’ Your marriage starts when you look over at your partner and you want to kill them.’ You’re looking at them going—for seconds, or sometimes minutes, or longer—you’re thinking, ‘I cannot believe I married this human being. They are driving me crazy. And then, the next minute you say, ‘I love them more than anything, and I’m sticking with it.’ Marriage is a commitment.”

Davis and Tennon will celebrate their 18th anniversary on June 23. That is quite the commitment!