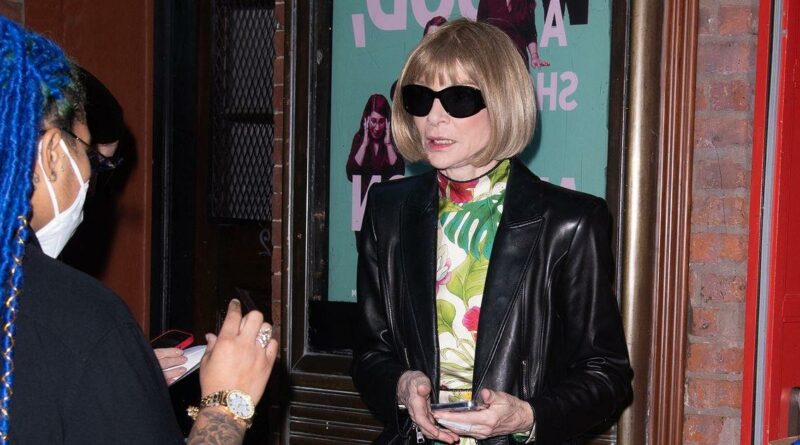 Vogue legendAnna Wintourwas unimpressed when she was asked to show her ID at the opening night of Oh God, A Show About Abortion in New York yesterday.

The editor-in-chief of the iconic fashion and lifestyle magazine looked perplexed at the question and appeared to gesture that she did not have her ID with her.

The awkward moment was captured on video and shared on social media site Instagram – where many fans found the whole situation rather amusing.

Luckily for 72-year-old Anna, who regularly attends fashion shows and similar events, another worker at the show at Cherry Lane Theatre recognised her and ushered her inside.

Nicki Gostin, the user who posted the video on Instagram, could not resist sharing how funny the moment was.

A member of the public can be heard chuckling as they watch the matter unfold and spot the bemusement on Anna’s face.

Nicki captioned the post: "HOWLING. Anna Wintour seemingly stunned when asked to show photo ID by a health compliance worker on opening night of 'Oh God, A Show About Abortion',"

It seems other users of the social media site enjoyed the moment as much as Nicki did because more than 1,500 have liked the post since it was shared.

A number of comments have been left on the post, most from users having a chuckle at the toe curling moment.

One commenter wrote: “Ha. Incredible reaction. She so looks like she wants to scream, “Don’t you know who I am!!!””

Another user commented: “I had to come back and watch this again. Moments like these make me so happy that I lived long enough to see something like this! I am GAGGING!!!!!"

Anna is a British-American journalist who has worked as editor-in-chief at Vogue since 1988.

She wasmade a dame at Buckingham Palacein May 2017 for her services to fashion and journalism. During her career she has earned a reputation for being one of the most influential people in the fashion industry.

The magazine editor is credited with making American Vogue into one of the best fashion publications in the world, a feat which earned her the nickname ‘Nuclear Wintour’.

It was rumoured that she was the inspiration behind the character Miranda who was played by Meryl Streep in the film The Devil Wears Prada.

The movie was based on a book written by Anna’s former personal assistant Lauren Weisberger.