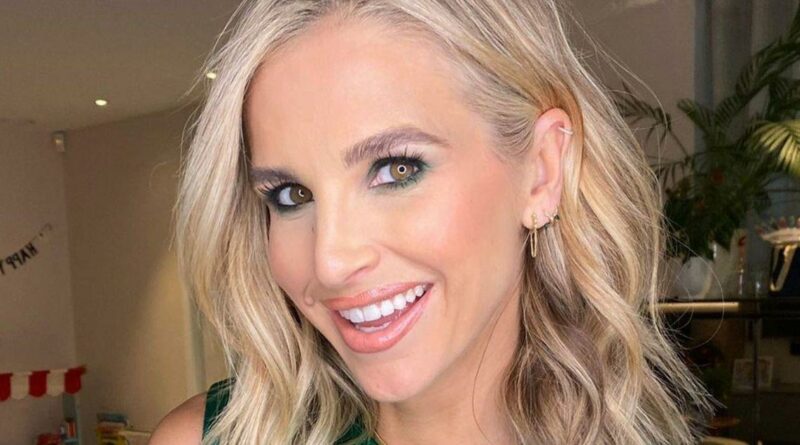 Vogue Williams has angrily hit out at an “awful” passenger who refused to swap seats on a recent flight so that she could be closer to her family.

The 36 year old star opened up about her experience on a recent family flight home from Gibraltar, as a passenger beside her refused to swap seats with husband Spencer Matthews so that the entire family could sit together.

Speaking on the Spencer and Vogue podcast, the doting mum told listeners how she had initially booked the wrong seats.

She said: "I was sitting in an aisle of three and I had booked the wrong seat in the other aisle and that was my mistake.” Spencer, 34, and their daughter Gigi then sat in the window seat and middle seat on the row next to Vogue, with another passenger sat in the aisle seat separating the family.

Vogue said: "Spenny was like, 'would you mind doing window instead of aisle so we can be all together?' and he's like 'yes Spencer, I would mind.'

"We were just like, 'oh, okay dude, that's okay,' and so anyway when he realised he was being an absolute t**t, he looked at me with a newborn baby and the two kids beside me, 'he was like okay, fine, fine I'll do it.'

"Literally, the airhostess came down and I was like, 'have you got another aisle seat for this f***ing particular piece of s***e over here?' He was awful.”

Spencer added: "He was rubbish.”

While the mum-of-three did admit it had been her mistake to book the wrong seats, she also opened up about how travelling with children on a plane is a “nightmare” as she urged other passengers to help out families where possible.

She said: "I feel like when people have kids, it is a nightmare on flights. If you can in any way help them out, do.”

However, Spencer disagreed, saying it was ”fine" dealing with children on planes.

The latest flight drama isn’t the only airport related story to surround the couple in recent weeks, as Made in Chelsea star Spencer also recently confessed he had tried to queue jump at an airport, leading to a very unfortunate gaffe as his plan backfired spectacularly. Spencer explained that he had been heading out to Barcelona for a night to attend a wedding and arrived at the airport "well on time”.

However, even despite his early arrival, Spencer estimated there were around 300 people waiting to check in.

"Tried to do my queue jump-y thing and go down like the queue with no-one in it because there was somebody manning the front of the queue, got rejected in front of a big crowd," he said on his podcast.

The latest episode of the Spencer & Vogue podcast is available now on audio streaming platforms.