Home » Celebrities » ‘Wasn’t the plan!’ Adele opens up on ‘exhausting’ process of becoming a single mum 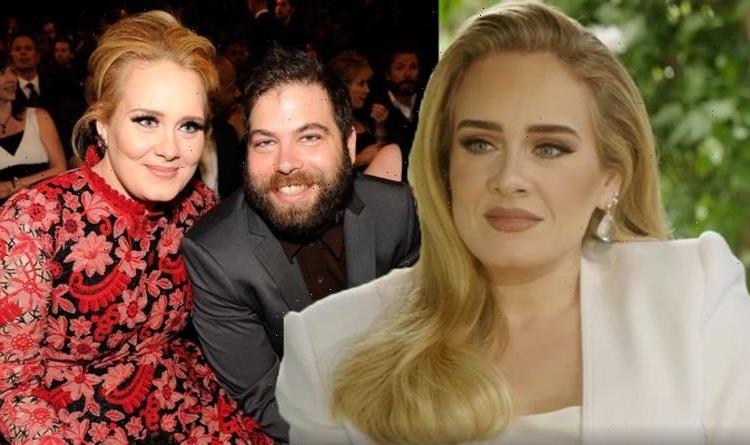 Adele reveals struggle of divorce and becoming a single mum

Adele, 33, has revealed that adjusting to becoming a single parent amid her divorce was a “process” that was very “exhausting”. The singer made these comments in a snippet shown on CBS Mornings of her interview with Oprah Winfrey.

It was just exhausting.

In the teaser clip released today, Adele went into detail about what inspired the lyrics for her new song Hold On.

Oprah said to Adele: “Another new song on the album is titled Hold On, the lyrics of this song are so brutally honest, it sounds like you were in the dark, dark, dark hours there.

“Girl you can write! So what was going on there what was happening?”

“My friends would always say ‘hold on’ when I felt like those lyrics in the verse.

“It was just exhausting trying to keep going with it.”

Adele then went on to talk about the different processes she has had to go through in recent years.

She continued: “It’s a process the divorce, the process of being a single parent, the process of not seeing your child every single day wasn’t really the plan that I had when I became a mum.

Adele added: “So many people will know what I’m talking about and I juggle those things as well and I just sometimes felt like not doing it anymore.

“And also trying to move forward but with intention, not just trying to get out of it for no reason. It made my feet hurt, walking through all that concrete!”

In the CBS special, due to be released in the US on Sunday Adele will discuss her split from Simon Konecki and the impact this has had on her 9 year old son Angelo.

In the clip, Adele can be seen in an incredible slick white suit with small gems down the arms of the blazer.

The backdrop for the interview is set in a lovely rose garden, very similar to the infamous Meghan Markle and Prince Harry interview.

Adele’s two hour special, entitled Adele One Night Only, will air on CBS on November 14, five days before the release of her long awaited fourth album, 30.

Oprah opened the preview clip saying: “Nobody is more compelling with the truth than Adele.”

The camera then shot Gabrielle Union, her husband Dwyane Wade and Lizzo, before Adele was seen singing Rolling In The Deep.

In a further clip released by People, Oprah said: “The concert tonight is a celebration of your biggest hits and the debut of the new songs of 30.

“You start with Hello.”

Adele responded: “I always have to start with that because it’s a bit weird to get halfway through and do it. So yeah I’m starting with that.”

Similarly, ITV are broadcasting An Audience with Adele on Sunday 21 November.