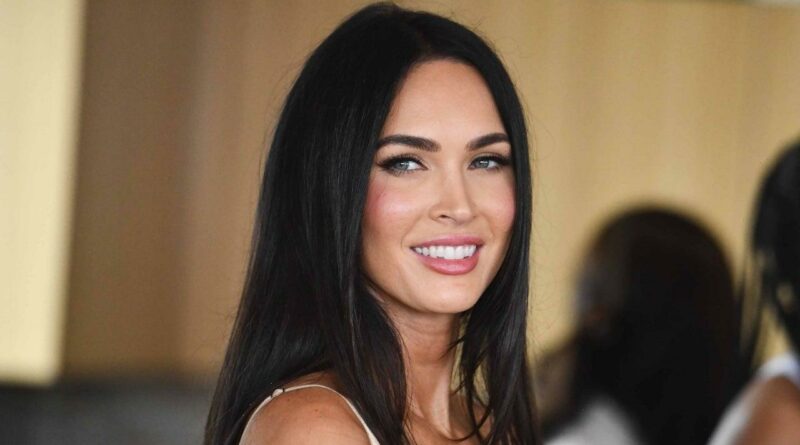 Megan Fox’s kids are too cute. The actress’ three adorable children didn’t care that she was on live television when they crashed her Today show interview on Monday.

The actress was speaking with hosts Jenna Bush Hager and Savannah Guthrie remotely from her home, while promoting her upcoming horror film, Till Death. As the interview went on, all three of her young children could be seen in the background, trying to be subtle as they sneaked out of the room.

Sons Noah, 8, Bodhi, 7, and Journey, 4 — whom she shares with her ex, Brian Austin Green — all woke up amid her early morning chat.

“In the house that we’re staying in right now, this is the living room area, and they all fell asleep on the couch last night, watching a movie,” she added. “They just woke up.”

At one point, as her youngest attempted to exit the shot without interrupting, Fox said over her shoulder, “Journey, you’ve got to crawl.”

Actress Megan Fox dishes on her new horror flick “Till Death,” her relationship and motherhood. pic.twitter.com/fShZXaWeJO

The kids continued to crawl around in the background, seemingly trying to be sneaky as they low-key crashed the interview, and Fox took it in stride.

Reflecting on being a mom to three kids, the actress said it’s been tough for her to watch her boys grow up, because it’s happened so quickly.

“I wish there was like a way… where you could, just every once in a while, for a day, put them all back to that like 2 or 3-year-old period,” she said. “Because it’s really hard to watch them grown up. I struggle with that a lot. I cry about it all the time because they grow up so fast.”

“I also feel like no matter how engaged you are, or no matter how hard you were trying at the time, you always look back and you’re like, ‘I could have been more present,’ or, ‘I hope I was grateful for this while I was in that moment,'” she added.

The hosts laughed as one of her kids ran on all fours across the back wall of the room, and Fox chuckled while admitting, “They are hilarious. They don’t listen to me at all.”

For more on Fox’s adorable kids, check out the video below.