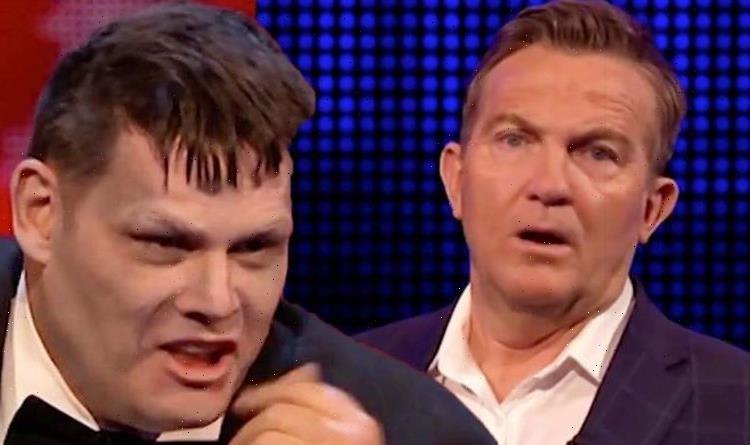 Mark Labbett has jokingly issued a cheeky warning to The Chase presenter Bradley Walsh in his latest social media post today.  Mark displayed his presenting skills in view of his 26,000 Instagram followers in a new series of snaps.

The Chaser could be seen in great spirits as he took to the stage in Sheffield’s Code nightclub.

He captioned the images: “Watch out Bradley…

While Bradley has not yet replied to Mark’s quip, fans of the TV star were delighted to see him fulfilling presenting duties.

Mark recently opened up about his health struggles with type 2 diabetes.

The quizzing star admitted his lifestyle led to his health woes.

Speaking to Express.co.uk at the end of last year, Mark explained: “I don’t drink, I don’t smoke, I don’t do drugs, or gamble. God knows, there’s no loose woman in my life.

“My sin was chocolate and sweets. I’ve always had a ridiculous amount of sugar, so my view was I’ve done the crime so it’s time to do the time.”

Mark explained that he had never suffered from a “diabetic episode”.

However, Mark was diagnosed after flagging up some issues with his lower legs.

He went on: “My lower legs, the skin bruised very easily when I was playing football.

“But other than that, I never suffered from any sugar highs or lows.”

Following a blood test, Mark explained a nurse confirmed that he was diabetic.

The news immediately prompted him to change his unhealthy eating habits.

Mark said: “It almost killed me because 24/7 looking after a hyperactive four-year-old, I can see why people have children in their 20s and 30s.

“That’s one of the reasons the weight fell off because I just didn’t have time to eat.

“I drink a lot more fluids than I used to and I think it kind of helps [with weight loss] without going into too much graphic detail.”