They have planned to move house for months, after the family were left shaken when burglars broke into their home last August.

And it looks like it won’t be long until Wayne Rooney moves Coleen and their four sons into their £20million mansion in Cheshire.

Photographs of the 40-acre site show builders working on the roof, with all three floors of the sprawling property having been erected. 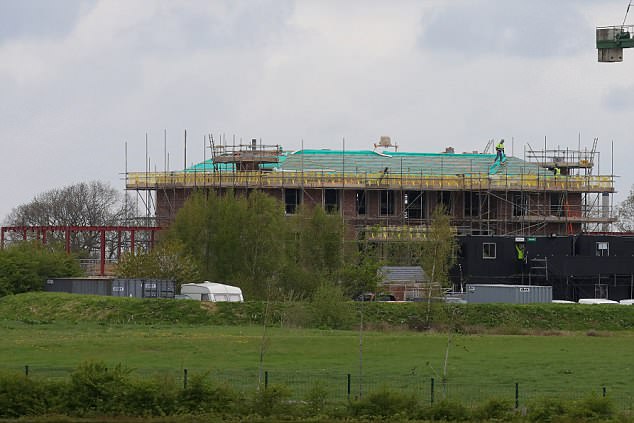 The building is surrounded by scaffolding and building works, with lorries and a caravan waiting on the site.

The lavish home is said will feature its own bar, snooker room, cinema and indoor swimming pool.

The vast landscape was first pictured during snowfall in December 2017, but showed the construction on the ground floor is well under way. 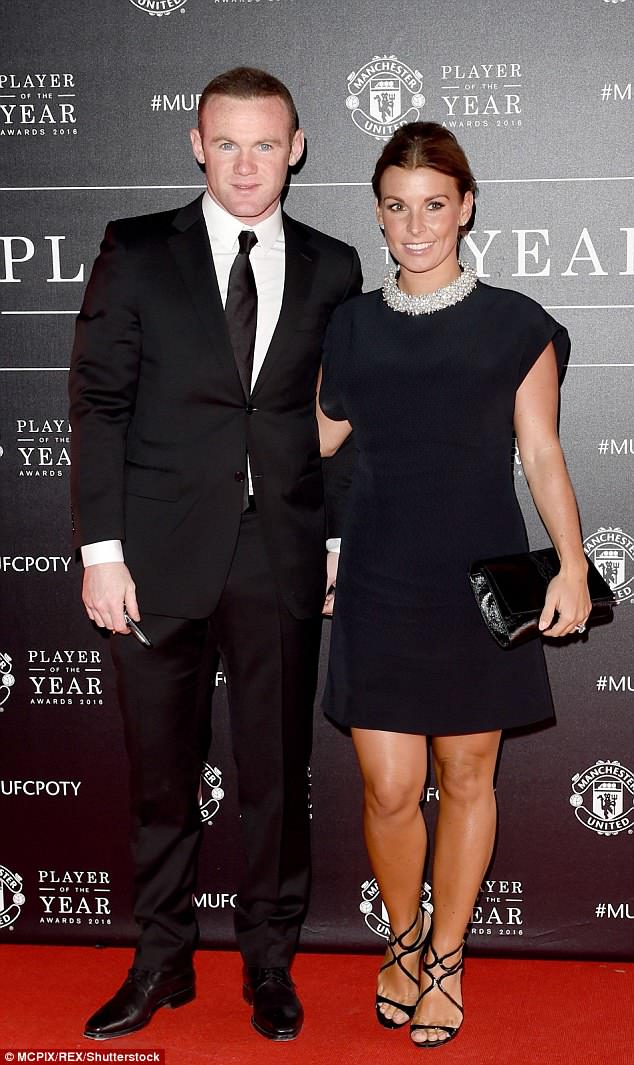 Moving out: They have planned to move house for months, after the family were left shaken when burglars broke into their home last August 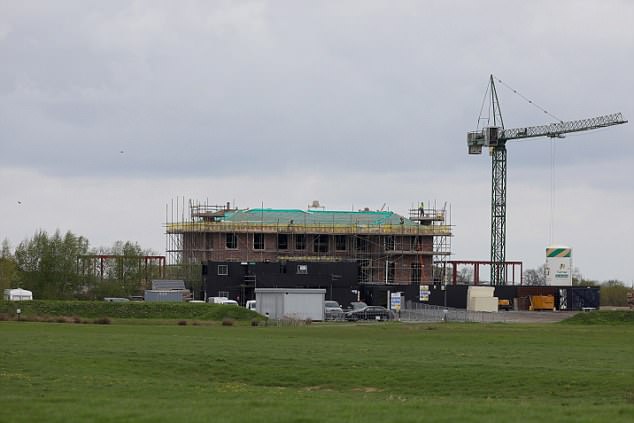 Rising up: Photographs of the 40-acre site show builders working on the roof, with all floors of the sprawling property having been erected

And five months on, the shell of the property has been created, as construction workers begin the next phase of the build.

The house will have six bedrooms, all with en-suites, big enough to accommodate  their four sons, Kai, Klay, Kit and Cass.

The mega-mansion is also believed to house a spa with a plunge pool, a six car garage and an orangery and a stable where they will be able to keep up to 15 horses.

MailOnline previously reported that a wine cellar and football pitch are also being constructed on the sprawling pile. 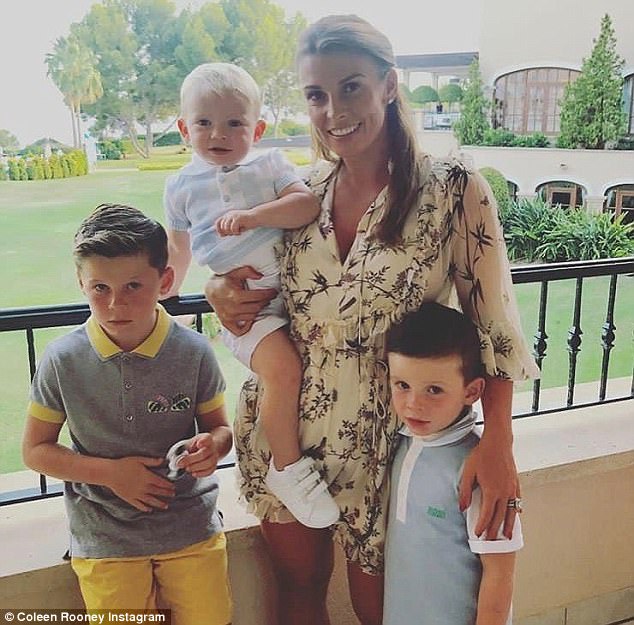 Exciting: The home will also need space for Kai (left), Klay (right) and Kit (with mum Coleen) as well as their newborn son Cass

Guests will be able to opt for ‘his’ or ‘hers’ changing rooms, and after a dip they can pop outside to the extensive patio and landscaped gardens.

When completed, the property will have two floors as well as a subterranean basement, which will be home to the steam room, hot-tub, gym, cinema room with ten seats, wine cellar and snooker room with bar.

Plans for the new home were already in place before Wayne’s drink-drive conviction threatened to rock their nine-year marriage.

The duo currently live nearby in Cheshire, while Wayne plays for Everton football club, but Coleen confirmed in November that Wayne never left the family home.

Wayne was caught behind the wheel of officer worker Laura Simpson’s Volkswagen in September 2017, and she later said she planned to have sex with the England star if they had not been stopped by police.

After months of speculation that her marriage was on the rocks, Coleen released a defiant statement via Facebook, confirming that they were due to work on it and stay together.

Despite her difficult pregnancy, the author was delighted to become a mum again when she welcomed her fourth son into the world earlier in February.

She wrote on Instagram: ‘So Happy to welcome our Baby Boy …. Cass Mac Rooney into the world weighing a healthy 8lb 10oz. He is beautiful.’