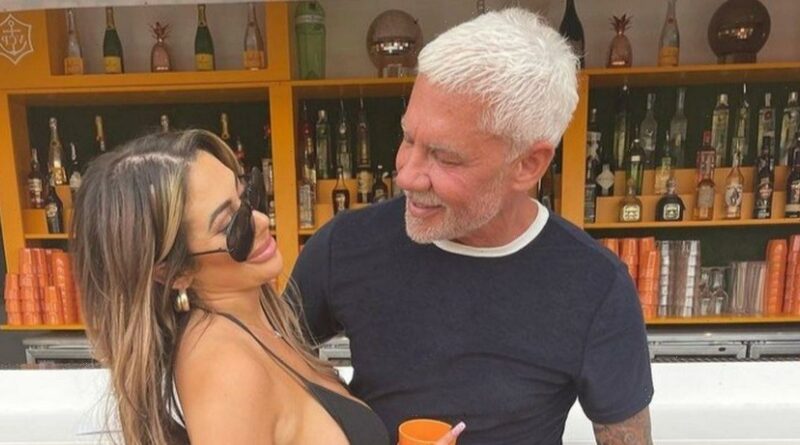 Chloe Ferry has flown to Ibiza to visit Wayne Lineker in a bid to cheer him up after an incident that saw the club owner clash with a partygoer.

The unlikely pair become close friends while appearing on Celebs Go Dating together earlier in the year.

Wayne and Chloe have both been updating fans on their Ibiza antics on their Instagram Stories.

While Chloe has been keen to label their friendship as just that, they’ve previously teased fans by pretending they were engaged.

Wayne has also seemed open to a relationship with Chloe, as he told The Sun in May: "Chloe and I are good friends. We've got an arrangement, but what she does, she's good to do that, and what I do, I'm good to do that.

"But we still see each other, and we'll see what happens in the future. She's a good girl Chlo. I love her to bits."

In a video that circulated online over the weekend, Wayne could be seen having a heated discussion with a man who reportedly asked him for a picture at his Ocean Beach club.

When the clip was shared online, Wayne decided to tell his side of the story on Instagram.

He shared the video, writing: “Evidently this video is all over TikTok and in the papers today so f**k it I’ll tell you exactly what happened.

“This guy called me a nonce (child molesting rapist) not cool not nice so I was upset… what would you do? I can’t deal with these people. Wayne responding that it had hurt him to hear the slur, replying: "@sophirelee haha I’m used to it but to listen in real life hurts."

Pete Wicks commented: “What a f**king helmet… handled like the gent you are.”

While Laura Anderson added: “You’re hardly kicking off. In my eyes well done for keeping your cool, I don’t think anyone else would in response to a disgusting comment like that.”