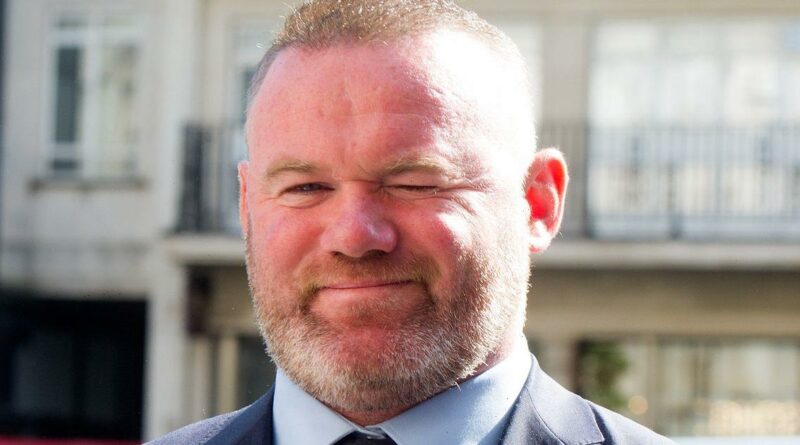 Wayne Rooney has detailed the uncomfortable meeting he had with Jamie Vardy in light of Coleen's now infamous post accusing Rebekah's Instagram account of leaking fake stories about her.

Rebekah, 40, denies the allegations and is suing Coleen for libel.

On the sixth day of the trial about the now-dubbed Wagatha Christie case, Wayne, 36, explained that he had "such an awkward meeting" with Jamie, 35, in the England team's games room back in 2016 during the Euros.

"Mr Vardy had a can of Red Bull. I had a coffee," Wayne told the court. "For me and my family we don't want to be in court in this situation."

Explaining how the entire ordeal has changed his wife Coleen, 36, he shared: "I have watched my wife over the last two-and-a-half years really struggle with everything that has gone one.

"She has become a different wife and a different mother. It has been very traumatic. Whatever the judgement is hopefully me and my wife and our children can get on and live our lives.

"This is not something we wanted to be a part of.''

He then explained that he was asked by the then-England manager Roy Hodgson and his assistant Gary Neville to ask Jamie to tell his wife Rebekah, 40, to "calm down" on social media.

Wayne, who was seen laughing happily with his wife after court yesterday, said he was told it was creating "problems and distractions that the FA wanted to avoid".

"As England captain I would always try and protect the players as much as I can. There is no falling out between me and Mr Vardy.

"It wasn't my place to speak to Mrs Vardy. I was asked to speak to Mr Vardy. If Mr Vardy wanted to relay that back to his wife that is entirely his business. I am sat here under oath. I 100 per cent spoke to Mr Vardy."

The trial has been full of drama so far as Rebekah has fled the court twice in tears throughout the five days in court.

And yesterday, Rebekah was accused of appearing “more interested in taking selfies” than watching her husband play for England by Harpreet Robertson, a family liaison officer for the Football Association.

In her witness statement, Mrs Robertson said: “It appeared that she wanted to be sat in the seats that were right in the eye line of anyone looking at, or photographing, Coleen.

“Indeed, her behaviour during the game suggested to me that her focus was little or nothing to do with the football match. I remember that Becky was constantly on her phone, often taking selfies and generally showing very little interest in the match itself.”

For all your updates on Coleen Rooney and Rebekah Vardy, sign up to our daily OK! newsletter.